Shah was all set to realise his dreams of being a commercial pilot and fly away when life happened, as it so often does. Today he is Associate Business Director at Jack In The Box and he tells us how he got there 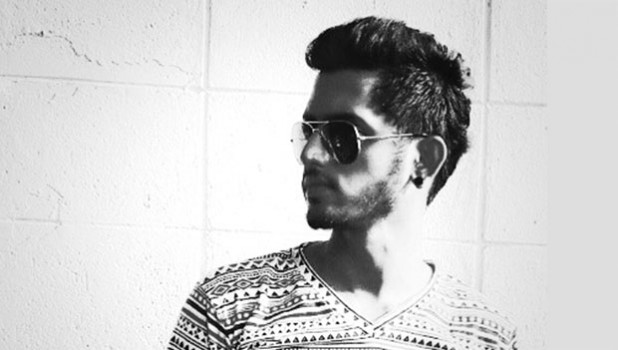 Advertising was never something Harsh Shah had considered as a young boy. Growing up, his dreams were always up there in the clouds. Shah’s plans were always to become a commercial pilot. He even completed his ground training and cleared all the required medical examinations. But he had to let go of that dream.

“It was really hard for me to let that passion of mine go but I decided to complete my graduation so that if sometime in the future I wanted to pursue a private pilot licence, I would be able to do so.”

While media was Shah’s second option, he couldn’t get into a BMS course because of the year drop he had when he was pursuing aviation.

“Unless you have a graduation degree, you cannot pursue aviation. So, I completed my BSc in chemistry.”

After completing his graduation, Shah went on a job hunting expedition but nothing interested him. This was when a relative, who had a business of third-party exports of granites and marbles, asked him to join the business. Shah joined the business as a marketing executive and worked there for a year.

Shah then moved to UVAR Global, a start-up that was into intellectual properties. Though his key responsibility there was purely business development, he spent a lot of his time doing brand tie-ups and strategic alliances. Upselling brands was a part of his KRA along with spotting unique business opportunities. His stint there enabled him to understand the IP business and the challenges that come along with it.

It was then that Shah got a call from 120 Media Collective and they offered him the position of Assistant Business Manager, Content.

“We had an internal unit back then called 120 P which worked exclusively on content. There I worked on a lot of big brands like Budweiser, Google, Amazon, Johnson & Johnson among others. In fact, two of my big takeaways from that stint were my calls to Google and Amazon. This was three years ago, I made a cold call to both Google and Amazon but luckily we got through and we did some really good work for the brands and we still do work for these two brands.”

Shah had been with 120 P only for six months when the person he was reporting to moved on from the organisation and he was shifted to Bang Bang Films.

“There I learned the entire production side of things. So, I understood a lot about the back-end work and that really gave an added advantage to me.”

Shah joined the end-to-end digital communication arm of 120 Media Collective, Jack In The Box because he wanted to grow and understand the entire digital eco-system for brands.

“At JITB, I started working on Louis Philippe, which was one of the biggest brands that JITB had back then. I worked on Louis Philippe for about two years. I got a great understanding of the editorial content piece at JITB. Today, the edge JITB has when compared to any other player out there is that we know content platforms very well.”

Speaking about the most challenging and the most fun project he has worked on so far, Shah said, “We worked on Wai Wai Noodles launch in India. Wai Wai was always there in India but it was an underground, cult sort of a brand. They wanted to launch in India in a big way. The kind of work we have done for Wai Wai, the agency hadn’t even tried doing before. We could do it for Wai Wai because the brand had the appetite to do it and they were bold enough to try it out. It was also challenging because while working for the brand we also had to convince a lot of people with a traditional advertising background about what we were doing. When someone comes from a traditional advertising background, for them to adapt to digital is very difficult. Especially when systems change so fast on digital and things change every second. But I also ended up gaining a lot of knowledge and understanding of traditional media. So, it was a win-win.”

According to Shah, his biggest strength is agility and adaptability and his biggest weakness is lack of patience.

A big admirer of Elon Musk, Shah’s biggest ambition in life is to give back to the world.

“The only person that I look up to is Elon Musk. That is the sort of guy that I want to be. He is contributing back to the world in some way or the other with whatever he knows and I want to do the same.”