JetSynthesys gets Sachin on board for mobile cricket game

The ad has the god of cricket himself singing, interspersed with glimpses from the game itself. It traces the journey of Sachin Tendulkar’s career from a young age of 16 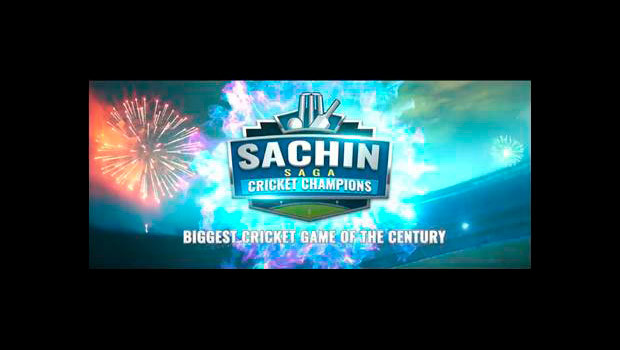 It is not every day that one sees an ad for a game on television and particularly one with Sachin Tendulkar in it. That is probably the reason why JetSynthesys’ ad, featuring the God of cricket, stands out so much.

The digital gaming company JetSynthesys, which is the developer of the app-based game Sachin Saga Cricket Champions, has launched a TVC that traces the journey of Sachin Tendulkar’s career from a young age of 16 to a legendary cricketer by recreating iconic cricketing moments in this app-based game. The ad has Tendulkar himself singing interspersed with glimpses from the game itself.

Tendulkar, who himself has a personal stake in the game, is making his digital debut with this game and Roopak Nair, Vice-President, Product and Marketing, JetSynthesys Pvt, Ltd, believes that such an event calls for something more than a mundane announcement of the game.

“The god of cricket was set to make this debut with this digital innings. So making a mundane, conventional, download announcement wouldn’t have cut it. So, we decided to inform the fans in this unconventional way through a teaser TVC. This is the first time a cricket game is featured on the air. We all know that the reach of television in this country is phenomenal and we aim being this game to a wide range of audience, hence we chose it as a medium for this ad campaign,” said Nair.

The TVC itself, Nair says, is intended not only to announce the game but also to highlight the involvement of Tendulkar in the whole thing.

“Through the TVC we aimed to showcase how authentic the game is. We wanted to showcase how the game will give its players an opportunity to relive Sachin’s career right from his initial days in the game playing first class cricket. Also, we wanted to highlight Sachin’s role in making this dream a reality, as he has actively given his inputs and has been an integral part of the development process. We thought that it’s best that the legend himself tells his fans what is in store for them, hence we had him grooving to the beat of cricket,” added Nair.

The company has plans to come with a second TVC sometime next year, which will be timed to go live with the next big update of Sachin Saga Game.