Forecasts 20.4 % growth in internet advertising in India in 2018, compared to 8.4% growth for the market as a whole. Growth rate for television is pegged at 9% while newspapers will grow at 5%. Radio will grow at 10%, while cinema and out of home will grow at 5% respectively 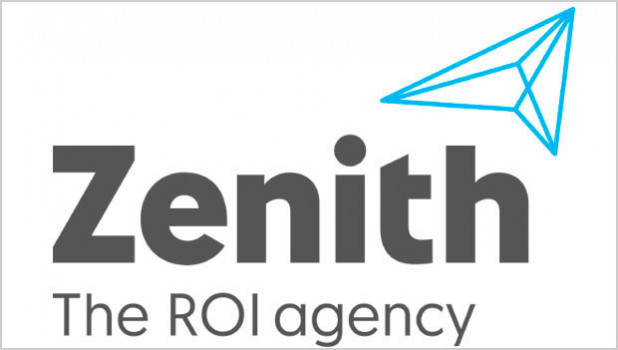 In India, internet adspend will capture 11.6 per cent of the market in 2017 making the country a leading digital market with a lot of scope for growth in internet advertising, said Zenith’s Advertising Expenditure Forecasts report.

The December 2017 edition of the report that was published today predicted 20.4 per cent growth in internet advertising in India in 2018, compared to 8.4 per cent growth for the market as a whole. By 2020, internet will account for 15.4 per cent of total adspend in India.

Amid growing debate as to whether brands are overspending on digital media, Zenith research has claimed that the effectiveness of internet advertising has now caught up with digital adspend.

For many years Zenith’s Advertising Expenditure Forecasts reports have consistently reported sizeable increases in the internet share of advertising budgets. The latest report has been able to demonstrate the ROI of internet adspend for the first time along with its scale. Zenith used its proprietary Touchpoints ROI Tracker tool to compare internet adspend to internet brand experience over the past few years.

India is placed number 4 in the Top ten contributors to global adspend growth 2017-2020 where it follows USA, China and Indonesia in that order.

Five of the ten largest contributors will be Rising Markets* (China, Indonesia, India, Brazil and Russia), and between them they will contribute 33 per cent of new adspend over the next three years. Overall, the report forecasts Rising Markets to contribute 54 per cent of additional ad expenditure between 2017 and 2020, and to increase their share of the global market from 37 per cent to 39 per cent.

In dollar terms, most of the growth in global adspend is coming from a few big markets. We forecast that just two countries – the US and China – will contribute 47 per cent of new ad dollars between 2017 and 2020. The five biggest markets – the US, China, Japan, the UK and Germany – will contribute 57 per cent.

Big cities are driving global adspend by concentrating growth in productivity, innovation and trade. We have conducted a unique study that attributes adspend to individual cities by estimating the value of their inhabitants to local, national and international advertisers. We forecast that the top 10 cities alone will contribute 12 per cent of all global adspend growth this year, and that the top 725 will contribute 60 per cent.

Zenith predicts that between 2016 and 2019, adspend in the 10 biggest-contributing cities will grow by a total of US$7.5bn, representing 11 per cent of growth over these years. These ten cities will be, in descending order: New York (where adspend will grow by US$1.4bn), Tokyo, Jakarta, Los Angeles, Shanghai, Houston, Dallas, Beijing, London and Chicago (which will grow by US$0.6bn).

Advertisers feel the pressure from digital transformation and polarisation of growth

Advertisers are feeling pressure from the rapid transformation of their businesses, exemplified by the rapid shift of marketing communications to online media in response to changing consumer behaviour, and the polarisation of growth to big platforms, big countries and big cities. At the end of November, Zenith conducted the third in its series of exclusive surveys about brand growth among its key clients. On a scale from 0 to 100 – where 0 means everyone expects decline in 2018, 100 means everyone expects growth, and 50 means the average expectation is for no growth – the average response was 57, down from 67 this time last year. Food and drink brands have been the least affected, with a score of 66 this year, down just a point from 67 last year. Packaged goods, retail and telecom brands have all fallen to 50, expecting no growth, down from positive scores last year.

“We are seeing a battle played out in business, marketing and media between big players and small players,” said Vittorio Bonori, Zenith’s Global Brand President. “Growth is coming from big countries and big cities, and being captured by big platforms. Brands should focus on upstream strategy, data-informed UX planning and downstream automation”.

Tanmay Mohanty, Group CEO, Zenith India, said, “ Growing Internet penetration accelerated by operators such as Jio will significantly enhance digital adspends in India and give access to previously untapped markets. India has seen some fluidity in overall ad-expenditure but remains one of the fastest growing advertising markets globally.  With the dust settling down on demonetisation and GST, we expect a measured recovery on ad spends. Consumer confidence is definitely on the rise. In 2018, Mobile Handsets, FMCG, Automobiles, BFSI, Travel & Tourism and Political Ads will drive up the pace on adspends.”

“Internet advertising is the biggest advertising medium in the world and the biggest driver of growth,” said Jonathan Barnard, Head of Forecasting and Director of Global Intelligence at Zenith. “Our unique research shows that brands are starting to use it effectively after struggling to adapt over the last few years.”

*Brand experience is a combination of two factors: reach (how likely consumers are to encounter brand messages at each touchpoint) and influence (how likely each message is to consumer attitudes or behaviour). It covers all touchpoints across paid, owned and earned media, but because we were comparing it to advertising expenditure, here we measured only the brand experience of paid media.

Tags: Zenith adspend in India by 2020 Internet
Advertisment
More from this section