Among the lists of YouTube Rewind 2017, the only video from the television broadcast networks that has made into the top 10 videos of 2017 on YouTube is the Aap Ki Adaalat interview of Kangana Ranaut 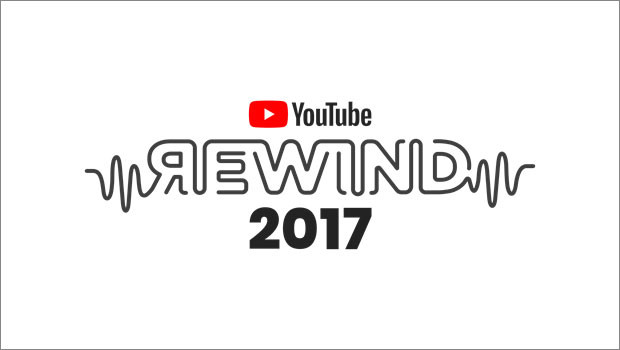 Gone are the times when lavish production and bigger distribution push were the only ways to get your content visible. Independent content creators – housewives, college passouts, a group of friends or a corporate executive who just loves to crack jokes – have beaten the broadcast networks on digital medium, shows YouTube Rewind 2017.

A look at these lists tells us a lot about the way people consuming digital content. Simple yet informative and entertaining content is what is loved the most on YouTube. Consider Gharelu Nuskhe, the content creator that grew by over 280 times in this year to become the biggest gainer in 2017; or PrettyPriyaTV, which stood third in the top 10 risers in 2017. PrettyPriyaTV is a YouTube channel that has videos giving easy home remedies for routine beauty issues.

Independent content creators are posing a big threat to the big broadcasters as far as the digital medium is concerned. For obvious reasons, almost all these content creators run considerable amount of advertising on their YouTube content. Gaining traction on digital is about gathering a passionate community for your content and once that is done, providing relevant and focussed content serves the purpose for the content providers.

Interestingly, if the YouTube Rewind lists of 2015 and 2016 are analysed, there still were a few videos from broadcasters that listed in the top 10. Several Crime Patrol episodes and Kapil Sharma videos were listed in both the previous years among the most watched. However, in 2017, only the Kangana Ranaut interview is on the list.

In addition to this, another trend peculiarly visible from the recently released YouTube Rewind is that the attention span of the audience is quite narrow and none of the videos or content creators are being listed in consecutive years – except for AIB which has been on the list for one or the other video.

*Beauty and health represented by six out of the top 10 rising creators, emerged as the fastest growing vertical

The big gainers on YouTube included Despacito becoming a global phenomenon, seeing the other side of Irrfan Khan through memes by AIB, Shape of You, which emerged as the most choreographed song in 2017 and getting the funny bone tickled by Angry Baba’s Chacha Ke Patake. Jimikki Kammal and Zinggat, the regional content bits, became a national sensation.

While music, comedy, food/recipes, education and learning continue to grow, health and beauty emerged as the fastest growth vertical of 2017 with many new subcategories growing, including dance, women lifestyle, village-food, web-series, among others.

This robust growth reflects the dynamic nature of the Indian creator community, with incredible talent surfacing from across India and especially among the regional language creators.

Among the top 10 personalities in 2017, BB Ki Vines was again listed on top, while those who followed included Technical Guruji, stand-up comedian Ashish Chanchlani, the 106-year-old woman who loves to cook Mastanamma, singer and composer Dhinchak Pooja and a new cookery channel Kabita’s Kitchen. Nisha Madhulika has been known for her cookery videos and lists at No. 9 in top creators.

2017 also saw some major new records being broken in overall views for movie trailers in India, with Bahubali 2 - The Conclusion, getting over 58 million views, followed by Padmavati with 27 million and Judwa 2 with 23 million.

Bollywood music remains the king of the hill with Badrinath Ki Dulhania bagging the top two spots for its title track with 132 million views and remix of the popular Tamma Tamma Again with 78 million views. Guru Randhawa’s High Rated Gabru is a close third on the Most trending music list, with 75 million.

YouTube remains the top video entertainment hub, with over 225 million Indian smartphone users using YouTube every month. India also reached not one but two major YouTube milestone this year, with 200 channels now crossing the one-million subscriber mark and three channels achieving 10 million (Zee, TSeries and ChuChu TV) subscribers, earning themselves the coveted Diamond Button this year. This year, the content on YouTube is more diverse than ever before.

Top “How To” videos

How to Make Amazing F1 Racing Car from Matches Without Glue

How to Grow Long Thicken Hair with Onion

How to make Electric helicopter motor

How to Make a Floor Cleaning Machine - Remote Controlled

How to make mobile cover at home

How to apply mehndi with the help of cello tape