Commentary: What 2017 meant for broadcast industry

2017 had a lot of peak points for the television broadcast industry. It was the year of acquisitions, new launches and a few shutdowns as well. It was also the year when broadcasters started looking at digital as an equally important platform as TV 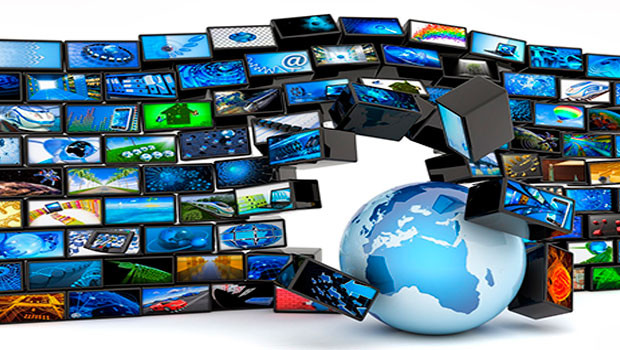 The year started on a not-so-cheerful note for the broadcast industry as advertisers didn't loosen their purse strings in the wake of demonetisation and GST. On the top of it, the advertisers were seen adjusting digital in their previously set marketing plans. It was nothing less than a double whammy for broadcasters as revenues showed no signs of picking up. However, the festive season and a good monsoon made things brighter for industry as the monies started trickling in.

2017 also was the year when the realisation dawned upon broadcasters that if they didn't improve their content, eyeballs would move to digital platforms.

Other than the financial aspect, it was an eventful year for TV channels given that there were several new launches, acquisitions, prime properties moved to different channels and a few broadcasters even had to shut channels. MIB allotted permissions to 45 channels and 416 MSOs. Most of these will come into effect in 2018, as all of these are long-term projects.

Here’s a quick look at what happened in 2017 and what’s in store for the next year:

When it comes to disruptive channel launches in 2017, and the award goes to Republic TV and Mirror Now – both in the English news space. Republic TV was one of the most-awaited channels, headed by Arnab Goswami, while Mirror Now was a silent relaunch of Magicbricks Now by Times Network. Republic TV has disrupted the order in the genre, thanks to its aggressive nationalist stand. Mirror Now was a surprise entry in the top channels’ list in the genre on the back of differentiated content focusing on civic journalism.

While Disney announced the shutdown of bindass Play, its pure play music channel, and replaced it with an English GEC, the future of the music channels looks troubled. Disney was not the only one to have taken this step, Star India is also rumoured to be preparing a farewell for its music channel Channel V. Owing to low ad rates, high music acquisition costs, online music availability and overcrowded genre, the Hindi music channels will have a tougher time in 2018 too.

Zindagi was another channel that shut shop on terrestrial TV though it continues to live on the digital platform. Zindagi had a very niche, yet loyal audience base, which are primarily the NCCS A1-A2 profile.

One of the biggest turning points in the TV broadcast industry was the change of hands for the telecast rights of the biggest event on TV – Indian Premier League, which moved to Star India from Sony Pictures Networks India for five years for Rs 16,348 crore. This will have implications in the industry on various levels – right from scheduling of the tournament on TV, depiction on digital, advertising, distribution, availability and reputation of the two networks. It is true that SPN had had a good run with IPL for the last 10 years, but IPL will increase Star India’s dominance over the Indian sports broadcasting ecosystem.

The rumours of Doordarshan telecasting IPL matches have been going on in the industry for some time now and if this comes out to be true, it will be a big blow to Star India’s IPL plans. If IPL is telecast on DD for the Freedish audience, the expected boost in reach of Star India channels will be truncated. This will also hit the ad revenues.

Possibly, in the same effort of pushing the state broadcaster up, the MIB had recently delayed the auctions for Freedish placement of FTA channels. It is pertinent to note that DD has been struggling for revenues for over a decade now and the government’s efforts for its revival will be well appreciated if they fall in place.

The biggest acquisition in 2017 was that of Star India, which was acquired by Disney as a part of the global deal in which Disney bought over some parts of 21st Century Fox business. In India, Disney has struggled a lot to hold its foot in the TV broadcast space and this is where the deal will boost the network. From the Indian perspective, Star India is a much bigger entity than Disney. However, the most interesting part will be to see the leadership changes at the helm of the new Disney. The cultural diversity of Star’s aggression and Disney’s conservative nature might also create some disruption within the organisation.

Another big one was the completion of SPN-Ten deal this year. With 10 channels in its sports cluster and loss of IPL to Star India, SPN needs to re-strategize its sports programming completely. While the India cricket rights will be up for grabs in early 2017, it won’t be easy for SPN to snatch it away from Star India.

BARC – The enabler and saviour

While everybody is moving to digital, viewers, publications, content creators and advertisers and broadcasters too are learning the art of integrating digital with TV. The Broadcast Audience Research Council of India (BARC), which has helped the broadcasters earn reasonable pennies for their TV content, is getting ready to help them with digital. By the end of the first quarter of 2018, BARC is expected to roll out its digital measurement system named Ekam.

While on it, BARC is not missing out on the TV measurement front. The agency has taken one step in the direction of implementation of the Return Path Data (RPD) technique by associating with Den Networks. In 2018, BARC is expected to tie up with more MSOs and DTH players for better spreading out of the RPD.

Content has been a huge driver and motivator for channels in 2017. Be it the localisation of content on lifestyle and English genre channels, or the innovation on Hindi GECs. The first live interactive reality show, Rising Star, was launched in 2017 and Colors is getting its second season in 2018. Ted Talks, one of the most popular concepts of motivational talks, has been adapted for Indian audiences by Star India. Sony had a mixed bag as its highly anticipated show Pehredaar Piya Ki backfired, while Porus, the most expensive fiction show on TV, has created a new concept of licensing. Porus is the first show whose IP is owned by the production house and if the trend continues, the Hindi GEC space might see a lot of such highly researched, expensive and extravagant properties in the coming years.

For over five years now, since the time MIB kick-started the digitisation of cable television network in the country, the broadcasters have been eagerly waiting to reap in the benefits of subscription revenues. The draft regulation, The Telecommunication (Broadcasting and Cable) Services (Eighth) (Addressable Systems) Tariff Order, 2017 of Telecom Regulatory Authority of India (TRAI), which was released on March 3, 2017, tried to shatter this most-awaited ‘soon-to-be-reality’, by trying to dictate how broadcasters price the channels and how distributors offer it to their consumer base.

A few broadcasters have challenged the order in the court on whether or not pricing falls in TRAI’s jurisdiction.

The tariff order restricts the broadcasters such that the discounts on the channel bouquet cannot be over 15 per cent of the sum of the a-la-carte prices of the channels, which currently goes up to 80-90 per cent. This helps the big networks in pushing a lot of ‘not-in-demand’ channels through the viewers’ pipeline, thereby increasing reach of these channels. This might put a lot of pressure on the broadcasters to either shut the channels not demanded by the viewers or to push good (expensive) content on these channels to increase the demand.

Content will become a real game changer after the tariff order is implemented. In addition, consolidation of the small independent broadcasters might also be pushed. However, it is believed that the channels with strong and specialised content (likes of Epic TV and Zindagi) might get their due. Limiting the MRP of a pay channel (which is a part of bouquet) to Rs 19 will also give confidence to the sharp-focused, independent channels, offering them a level playing field and an equal opportunity of getting picked up by the viewer. Ultimately, if channels get their due in terms of viewership, their advertising revenues will get an automatic boost. This should correct a lot of unjustified over-abundance of revenues that the GECs are sitting on.

While this order puts almost all the power in the hands of the viewers, the Indian consumer hasn’t really been an ‘evolved’ one as a lot of these consumers who have been included in the ‘digitised TV’ fold have not yet submitted the ‘subscriber information forms’ to their respective MSOs, thereby decreasing the transparency.

This tariff order might also push further rise of free-to-air channels, as the order will propagate the ‘no demand, no reach’ agenda. 2017 has so far been the best year for the FTA channels and the tariff order might force a lot of ‘not-so-much-in-demand’ or ‘add-on’ channels to turn FTA in a bid to push the reach.

Talking about FTAs, a big success story is of Star Bharat (the reincarnation of Life Ok). In fact, Star Bharat is the only Hindi FTA GEC with original programming, which means that the investment of the channel is higher than all other FTAs, which are mostly re-run channels of their elder siblings. FTA segment will see a boom as Sri Adhikari Brothers has announced to launch 15 FTA channels in 2018, which will be spread across various genres of programming. In 2017, sports genre got its first FTA, Star Sports First, and the kids genre FTA channel Maha Cartoon TV, which was launched towards the end of 2016, also gained substantial reach.

Tags: Commentary What 2017 meant for broadcast industry
Advertisment
More from this section