Commentary: 2017 and how media agencies found ways to survive

Here’s a quick look back at the year from the lens of profits, margins, digitisation and consolidation 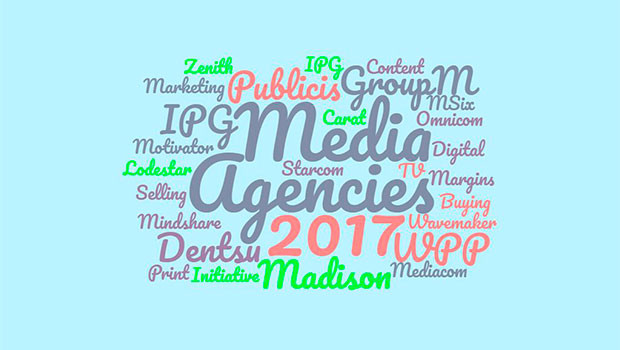 2017 was a year of retrospection and self-realisation for media agencies who admitted the dangerous fall in the commission they get for their billings and took it upon themselves to find solutions. ‘Digital’ came out as a good robust solution.

To explain better, media agencies have been gradually witnessing a fall in their percentage of the commission the clients pay them for the billings. The number went down to as low as 1.5 per cent, which is peanuts compared to the resources and infrastructure that servicing a client demands. Media agencies started searching for solutions and came up with three remedies that defined 2017.

The first is digital, which is still giving about 30 per cent margin on the business. Second, going the creative agency way. It was learnt from confidential sources that there are just a couple of big-sized advertisers that have agreed to work on a ‘monthly’ fee structure with their agencies, independent of their media plans and billings. Third, trying the ‘add-on services’ method. Media agencies have grown digital agencies within themselves. They are working on content partnerships, content marketing and a bit of creatives in these segments too.

The media agencies had a great year as far as digital transformation is concerned. A lot happened towards acquisitions too.

In an extensive two-part series in November, BestMediaInfo.com had analysed the steps taken by all the large media agency networks to approach the beast called digital. Right from automation of the existing internal processes to having their own data pools and from bringing in newer ad formats to building expertise and teams to cater to the clients’ digital needs, the agency networks are doing it all that should be done in terms of digital.

With digital, the predictions are falling short of the pace at which the stream is growing and hence, nobody in the industry wants to really comment on what ‘digital’ would be like in 2018. The good part is that almost all the companies have realised that digital is much beyond an advertising platform. The digital transformation of companies has reached the grass roots levels of housekeeping and (physical) security departments too. Basically, every single thing is and can be digitised. What remains to be seen in 2018 is the pace at which these huge traditional media giants are able to catch up.

The digital push by the media agencies has a lot of reasons like the growing reach of the platform and shifting advertising moolah! But one of the most crucial reasons is the dropping margins in the traditional media space. Whether or not, the agency heads come clean on this and acknowledge that the margins on traditional media are decreasing. It remains a fact that it has dropped to a new low in 2017, coming down to as less as 1.5 per cent in certain cases. About five years back, these were healthy margins, somewhere to the tune of at least 4-5 per cent. As a media agency head said in a candid chat, “There are many spoilers in the market who are ready to offer margins lower than this. But the sequence of events for these agencies is also gloomy: offering low margins, winning the business, not being able to service on those margins, hitting profitability and losing the business.”

But this is not a sudden, disturbing thing. Ultimately, media pitches were always known to be focussing on just one thing – negotiations and bargaining. Boasting of the maximum discount that an agency can get from the broadcasters/publications. That’s about it. This struggle is one of the precise reasons why a media agency that has about Rs 2,500 crore billings has a mere Rs 20-crore revenue. Let’s not talk about the profits here.

This challenge of falling margins and hence depleting profits is a global issue. In one of the articles in The Guardian in 2011, Bob Wootton, a director at the advertisers' trade body Isba, had mentioned, "Commissions are at such a low ebb that media agencies don't earn enough money out of their clients to do the work that they've pitched. They have to seek bridging income from other sources; they can't go to the banks, so they go to the media owners."

The sentiment in the market is not right for the traditional media platforms and everybody is waiting for the big push (to digital), which will be brought by 2018. The expectation of the industry that digital ad spends will sit beside television by the end of 2020 is keeping the spirits up for many. 2018 will be a huge game changer for a lot of aspects of digitisation of media planning and buying. With tech companies like Accenture setting up their own verticals – Accenture Interactive – and offering their services directly to clients, the age-old media agencies are sure to take a hit. Accenture Interactive has globally snatched away quite a few big accounts – like Maserati – from the existing media giants.

It took a long time for the creative and media planning/buying businesses to find their own expertise and part ways, around the 1990s. However, after about 15-20 years now, life has come a full circle for the advertising agencies as creative and media duties are gradually moving under the same shade – to come back to the ‘full service agency’ model of advertising. While Havas announced a one P&L structure earlier this year, Lintas brought its media vertical back in the name of Lintas MediaHub, to be operational alongside MullenLintas.

While on one hand, advertisers are asking for respective experts to the niche segments like social media, programmatic, content marketing, search – all under the digital stable, there are talks on integrating the two giant verticals of advertising, viz, creative and media buying/ planning. Yes, it is true that everyone is looking for a one-stop shop solution to everything, I personally don’t believe in creative and media duties sitting side-by-side for some time now – not for traditional media. For, digital media, creative and media planning can’t work as isolated entities and I believe for a long time, at least till 2018, advertising on traditional media and digital will work in two separate formats/ processes. No single rule will apply the two media platforms.

The only one thing that will prospectively connect the traditional media (especially TV) and digital will be Ekam – the integrated measurement system of BARC that will cull out viewership numbers for a video on both television and digital platforms.

In India, there are about five to six huge agency networks that operate close to 20 media agencies. Along with these, there are a few independent agencies like Madison World and Stratagem Media. Among these many agencies, consolidation and acquisition is a regular process. As a journalist who has been often reporting acquisition and mergers, it reminds me of one of the most favourite lines of the top corporate bosses dodging the confirmation on a A&M rumour –  “We are always looking for prospective and profitable companies which can be merged into ours for better future.”

In a similar tone, GroupM consolidated its media business from Maxus and MEC to bring it under the new entity – Wavemaker. While the merger was a global one, content along with technology and identifying right audience are the three parts that will lead the core of agency's business in India, as mentioned by Alastair Aird, Global Chairman of Wavemaker, in an earlier conversation with BestMediaInfo. GroupM acquired a 74 per cent controlling stake in MediaCom India this year.

Dentsu Aegis Network, arguably the biggest buyer of recent times that has been on an aggressive growth plan (both organic and inorganic), picked up a few digital companies in 2017 as well. Their first buy was the Sri Lankan advertising giant Grant Group that has both creative and media agencies. The second acquisition of 2017 by DAN was Smile Group’s SVG Media. DAN brought its Asia Pacific agency Columbus to India, through this partnership, naming the new entity SVG Columbus. There on, DAN bought Sokrati – the data-driven performance marketing agency – and brought another global brand Merkle to India in July this year. The recent entrant in the group is CLab, the celebrity endorsement and sports marketing agency that has been organically set up inhouse.

IPG Mediabrands launched Magna in India – a resource that develops intelligence, investment and innovation strategies for agency teams and clients. The agency network has also released two half yearly Adex forecasts from Magna.

In yet another line of consolidation, GroupM South Asia CEO CVL Srinivas was elevated to become the Country Manager, India, for WPP. This is in line with the larger goal of the media giant. DAN’s claim to the second spot has a lot of credit to be given to the One P&L structure of the agency network wherein all creative, digital and media agencies sit together on the same balance sheet. It is being estimated that Srinivas taking over to the Country Head role in the owning company might be an attempt to consolidate its creative and media agencies under one roof. However, the creative agencies of WPP are headed by stalwarts and the reporting structure might pose a big issue, if consolidation is the thought behind Srinivas’ new role. O&M is headed by Piyush Pandey, Grey Worldwide is headed by Sunil Lulla and JWT has Tarun Rai at the helm.

2017 has been a slow year for everyone and media agencies are no exception. This is the reason probably why Srinivas had told BestMediaInfo in an earlier conversation that this is the slowest growth prediction in last three years. He was speaking about the 10 per cent CAGR prediction given out by GroupM’s annual AdEx study, This Year Next Year. DAN predicted a growth of 13 per cent, while the recent report released by Magna said that India will become a one trillion ad market by 2022, growing at 12.1 per cent CAGR. Madison World too predicted a similar figure of 13.5 per cent for advertising expenditure growth.

A lot of gamechanger account movements took place in 2017, which will move huge monies reflecting upon 2018. These include ITC which moved from Madison World to Maxus and now Wavemaker, Marico that moved from Madison World to Lodestar and Maruti Suzuki which was bagged by Dentsu Media as Initiative lost the account. A few other businesses which were successfully retained by the respective agencies were Reckitt Benckiser (IPG Mediabrands’ Initiative), Nestle (Zenith) and Amazon (IPG Mediabrands). These were some huge-sized businesses mostly lying in the range of Rs 500-900 crore.

Tags: Commentary 2017 and how media agencies found ways to survive
Advertisment
More from this section