Why is Star India pulling plug on Channel V?

With an amazing history and fan following once, Channel V is finally pulling down shutters in India. Industry experts analyse what went wrong for such a strong brand 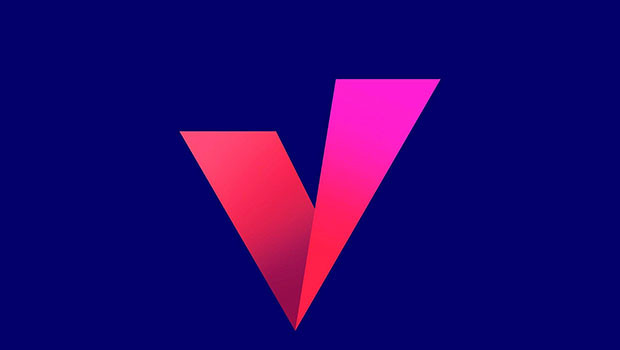 Every brand has a few phases in its lifecycle–the birth, the peak and the lowest point. Most of the time, the low point is followed by rebranding or rebirth of the brand. But a few other times, the brand has to move on towards closure. Television brand Channel V India has already gone through rebranding phases a couple of times in recent times. Now, it is time for closure.

The international channel came to India in 1993 and became one of the first entertainment options in the youth and music genre. Channel V entertained Indian kids with international music and brought the concept of video jockeys and programming around music when MTV went off air for a short time after breaking ties with Star India.

The iconic brand even received a farewell message from its oldest and closest competitor in the Indian market, MTV India, on its website.‘Channel [V] has been a comrade in the last two decades’ and ‘In the spirit of champions embracing each other in the ring after a long, long match, we bid you farewell’, the message read.

Star India’s entry to the genre dates much before it launched Channel V in India. Star India was launched in India with a group of a few channels, including MTV (in partnership with Viacom). When Star India tried to localise some of the content on the channel, MTV ended the contract with the network. That’s when Star India diverted all its resources, content and people, including VJs such as Sophiya Haque and Kamal Sidhu, and built Channel V.

Though Star India has refused to give any confirmation on whether the channel will shut down and when, there is grapevine in the market that the music channel will soon be replaced by a Kannada language sports channel. The network is awaiting a name change licence from the Ministry of Information and Broadcasting. The content from Channel V India will then move to Star India’s OTT platform, Hotstar.

With an amazing history and fan following, what lacked in its offering with such a strong brand? Who pulled the shutters down on Channel V’s India shop?

A lot of market experts whom we spoke to said the channel lost its focus in terms of its content positioning in the last seven to eight years. Instead of experimenting with newer genres of programming, the channel took extreme steps of shifting from one genre to another.

Bindaas was launched as a youth channel in 2007 and that disrupted the genre to some extent, as it brought in a lot of fiction, which was a staple diet restricted only to GECs. Channel V revamped itself in 2009 and launched a slew of shows in 2010. Thereafter, the channel kept on introducing newer shows and content very frequently. In the meantime, MTV was busy building up on its properties like Coke Studio, Roadies and few other reality shows. Channel V too had some amazingly popular shows like D3-Dil Dosti Dance, Sadda Haq and Gumrah, among others.

One of the major reasons, as suggested by a former senior executive at MTV India, was the frequent leadership changes at Channel V. “The line of thought changed every few years, while MTV had a sort of permanency. For a long time, everybody considered Channel V to be one of the front runners in a lot of strategies. However, with time, it became reactive to what MTV and Bindaas were doing. In this war, they changed too rapidly, from music to non-music, to fiction to reality and so much more.”

One striking difference between MTV and Channel V’s strategies was the way they handled the music content. Around 2012, Channel V completely gave up music content and hosted a string of fiction and reality shows targeting the youth. MTV, on the other hand, never left music. It experimented with music and brought in newer, original tracks through shows such as Unplugged and Coke Studio.

Other than this, it is also a matter of what the network needs more right now. Star India has won the telecast rights of the Indian Premiere League for the next five years for Rs 16,347 crore. With such a huge investment, the network would want to reap the maximum out of the sporting property.

As Ajit Varghese, Global President, Market Development, Wavemaker, puts it, “I think Star India is making a choice and is prioritising where they want to invest and where they need to divest. With so much focus, priority and investment in sports, it’s a business call to divest from low margin and less focussed brand from their portfolio.”

A lot of experts looked at the decision from the business and profitability point of view. Shekhar Banerjee, COO, Madison Media, said, “We need to see this decision from a network strategy perspective of Star India. They have some very big bets in the pipeline versus Channel V, which was playing within a very small niche. It is a win-win to focus resources on bigger network priorities and not continue investing in a genre that has not shown any growth over the years.”

Even if currently there are many players in the music and youth genre, the ones focusing outside music programming are handful. Of these, Bindaas made an impressive entry to the market but the ‘fiction show heavy’ content strategy did not prove to be very sustainable. This is possibly one of the important reasons why the network is pulling the curtains down on Channel V. Expensive fiction programming, arguably, was also responsible for merging of Bindaas and Bindaas Play by Disney, so that the network doesn’t have to bear the operational costs of a youth channel on the back of fiction content alone.

With the kind of international imagery and age of the two channels, Channel V witnessed tougher competition from MTV India. But was the peer pressure too much to bear?

Varghese said, “MTV has always been led as an independent brand, irreverent personality and positioning on youth. I feel that somewhere over the years, Channel V tried too many things and too frequent changes in positioning. This ended up confusing the identity in its core target audience. As a planner, I have invested in both the channels with advertising space, branded sponsorships, content partnerships and tie-ups.But over a long period of time, I think I would have automatically preferred a brand which stuck to its core positioning and helped brands that I work for.”

While MTV has always been a very strong brand across the globe, Channel V was the competing well with MTV only in the Asia Pacific market. One of the former executives of the channel said, “MTV and Channel V came head-on, in the same magnitude only in the Asia Pacific markets, especially in India. While MTV has always been the main focus for Viacom, at Star India, nobody really thought what Channel V could do, amidst the whole GEC and Sports game that the network was into. When Star was yet to enter the sports category, Channel V was the jewel in the crown for the network. However, once sports came in for them, Channel V got deprioritised.”

Advertisers have only two parameters to round off, on a platform, or a channel – viewership and perception. While viewership plays the major role, the genre is not very heavy on viewership anyway. However, perception and fan following also attract moolah on these channels. The channel lost on the viewership game because of the fickle-minded youth and the lack of appointment viewing in this age-bracket. However, perception game could have been a big one for the channel, just as it is for other players – MTV India, Sony Mix, 9XM and others – but the consistent re-positioning resulted in a bad pipeline.

MTV always had about 80 per cent of the advertisers’ money for all the brands who intended to build brands. “Advertisers don’t generally spend money on many youth channels. Fiction and pure play music channels can build frequency and audience, but can’t be used for brand building.”

There are currently close to 18 Hindi music channels operating in the country but profitability is a big question mark for almost all of them. The experts had a few suggestionsfor the existing players.

Varghese said, “Launching too many channel brands with confused positioning and then expecting to demand a premium is a lost cause. So while it’s a good strategy to shore up some revenue in the short term but the stagnation of growth comes fast, ending in a catch 22 situation whether to invest more or divest and lose whatever one has made. Like all other categories, clutter is increasing. Investing in a channel brand is costlier and the choice to create a long-term brand that can command brand love and loyalty is increasingly a question that network owners should ask themselves before they look at building a brand a strong revenue earner and a cash cow.”

The core TG of the genre, youth, is dispersed all across the various platforms and is consuming content almost everywhere, digital being a huge chunk of this. Possibly, that’s why Banerjee suggests that their bigger competition is digital platform like YouTube and not another youth or music channel.

Another expert suggested that music is the core of all youth programming, but it cannot stand on its own. “Pure music channels become more like a radio and radio is for everyone, not just youth. I suggest have music as the backbone of your programme, but have smart programming, tailor-made for youth. This is true for all the youth programming across platforms, not necessarily for the TV channels.”

Well, with Channel V going and Bindaas having already shut and merged with Bindaas Play, MTV is all alone to grab that extra dollar from the advertiser.