A lifestyle and entertainment journalist, Johri entered the world of advertising when she felt that she needed a change. Today she has nearly three years’ experience in digital advertising and the shine doesn’t look like it is fading yet 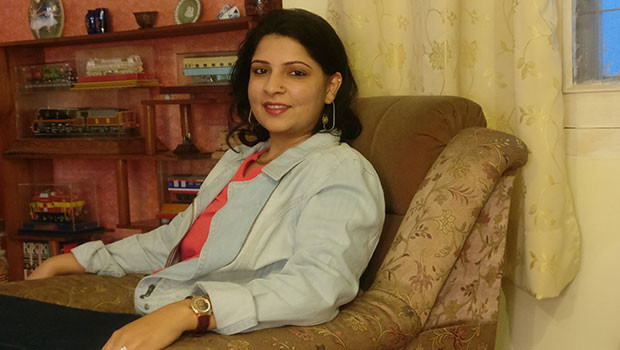 An alumna of the Asian College of Journalism in Chennai, Kanika Johri, worked as a lifestyle and entertainment journalist for four years before coming to the conclusion that it was time for her to try out something new.

“I began my career in the digital space only but the difference was that it was journalism. I started as a journalist at Hindustan Times. About three years down the line, I decided that I wanted to do something new and that is when I joined the world of advertising.”

Johri started her career in advertising with Interactive Avenues and has been there for three years now. Today, she is Associate Group Head, Copy. But she agrees the shift wasn’t easy.

“Journalism is a lot about long-form writing and I think if I had been in print media, the shift would have been too drastic. But I was working for digital media and therefore I knew certain things like how the attention span of your audience on digital is very short. Eventually, I managed to make my own space. I figured out how to customise my copy depending on the audience and what they would like to read. I started doing some long-form content. So, there were blogs and articles that we were doing within the ambit of advertising.”

Johri feels that her time, so far, with Interactive Avenues has been interesting despite a few ups and downs.

According to Johri, the most challenging thing she has done so far is participating in the Young Spikes 2017 competition and finding her name in one of the top 10 teams.

“So basically, what happens at Young Spikes is that a brief is shared with everyone and by everyone, I mean traditional agencies, digital agencies and the works. So, it is not just a digital space and it is not just a digital brief. Once you crack that brief, you are given a fresh brief which you have to crack and be ready to present in just two days’ time. It was the first 360-degree, national brief that I worked on. Very challenging but also very interesting.”

Talking about the project she had the most fun working for, Johri said, “It will have to be the post that we did for Coca Cola. We created an interactive Facebook post for them on World Music Day. The post had instrument sounds that allowed people to make their own version of the Coca Cola ‘Taste the feeling’ song.”

Johri feels that her biggest strength is the fact that she is able to put herself in the shoes of the consumer, making it possible for her to write for the person reading the copy. Her biggest weakness is probably the fact that she sweats about the small stuff.

“I know it is a cliché to say that one’s biggest weakness is the fact that they are too much of a perfectionist but I do stress a lot about the small stuff and get hung up on the micro details of things.”

Johri is an avid music fan and an animal lover. She is also a trivia enthusiast and loves to travel.

So, if not advertising what does she think she would have been doing?

“I probably would have been a food blogger or a travel writer. Actually, maybe five years down the line that might even be what I will be doing.”