Akshay Haldipur is a lover of all things technology. He talks about his unusual journey into the world of marketing and why he loves it so much 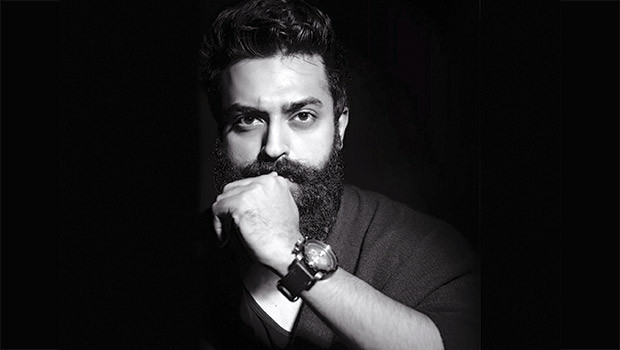 Akshay Haldipur liked computers. He liked them so much that he went ahead and got a degree in computer science. But soon he realised that he had confused his hobby (fiddling with computers) for his passion.

“I was in the third year, pursuing my computer sciences degree, when I realised that I was more inclined towards the creative side of things. Once I graduated, I got into copywriting for ad agencies.”

Haldipur worked as a copywriter for Percept for about two-and-a-half years and freelanced with many others. But back then the digital boom hadn’t happened and Haldipur took a sabbatical to invest more time learning a bit more about the digital world. By 2009, Facebook and Twitter were making ripples and Haldipur started his journey in the digital space with a social media company called Flarepath.

“At Flarepath we used to handle accounts for Movies Now, Universal Music Studios and most of the big movie launches. Then again I took a sabbatical. I was freelancing for most of the top DJs in India amidst doing ad campaigns as a freelancer.”

Culture Machine happened to Haldipur in the year 2013.

“In 2013, the whole race to manage YouTube channels began and we used to manage channels for Bollywood Gandu, Aditi Mittal and many other artists. Then we moved and changed our focus from YouTube to Facebook, from there to content creation and today we own and operate channels like Being Indian, Blush and Put Chutney.”

Haldipur has been with Culture Machine since the very beginning and has spent four years in the organisation, which by his own admission, is the longest he has spent anywhere.

Speaking about his experience working for Culture Machine, Haldipur said, “The journey here has been great because I believe I started here at the right time and the best part is that we built everything from ground zero. It wasn’t like I resumed somebody’s already paused work, when you do everything from the scratch you get to learn a lot of things. The journey here has helped me evolve and experiment a lot more than any other place would have let me.”

According to Haldipur, his most challenging project so far has been Awesome Sauce India.

“Awesome Sauce India was created keeping Facebook in mind. We never wanted to make it a YouTube property. We faced some initial challenges with it because when it started off, it was lagging in viewership and popularity and we were trying to understand what was missing. Then last year we did an overhaul and changed the whole strategy. We decided that we will just show the hands of the person cooking and concentrate on the food and we decided that we will bring in bold recipes. To our surprise the channel really took off to the extent that we were getting 75 million views per month and this for a channel that was not even getting a million views. This was all happening because of the packaging, keeping it minimal and keeping a suspense factor in there. A lot of people, in the comments, still ask who the girl is. Today, the channel is number one in the food digital space and we are on our way to launch an official website too.”

Speaking about the project he had the most fun working for, Haldipur is quick to name Being Indian and the website they built for the channel.

“Being Indian has about a 1.5-million subscriber base on YouTube and on Facebook it was about 5 million a year back. We realised that there were very few websites out there that had a strong name like Being Indian and there were a lot of conversations you could have under the umbrella of that name. So, we decided to launch a website that would have a lot of things and also a segment called my opinion. We also decided that we would make this the most mobile-friendly website out there. We were at 10,000 or 15,000 Alexa ranking and once we revamped the website and launched it we are today at around 200-250 Alexa ranking and it is one of the most-loved properties out there.”

The things Haldipur love most about his job is the fact that it doesn’t tie him down to a specific space.

“In our profession, all you need is a mobile. You can manage your entire digital eco-system from that cell phone.”

An ethical hacker and a travel enthusiast, Haldipur likes going on trips with friends, playing instruments and reading.

“I read a lot. I love reading about Artificial Intelligence (AI) and technology.”