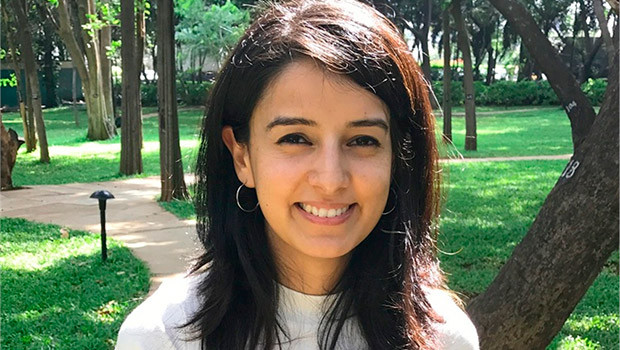 The One Club for Creativity, the world's foremost non-profit organization recognizing creative excellence in advertising and design, and The 3% Movement, dedicated to celebrating creative women in advertising and increasing diversity in the industry, today announced the winners of their joint Next Creative Leaders program for 2017 at this year’s 3% Conference in New York.

Sakshi Choudhary, creative supervisor, Ogilvy & Mather, Mumbai, India, was one of the 10 Next Creative Leaders for this year globally.

Developed collaboratively by the organizations in 2015, Next Creative Leaders identifies and celebrates talented creative women who are making their mark with both great work and a workplace perspective on diversity that helps change the industry for the better.  While most of the honourees currently work in the US, the program has a strong global element with six of the winners originally from other countries.

Next Creative Leaders for 2017 are:

“The One Club for Creativity has a long-standing commitment to providing programming that helps solve the industry's diversity problem as opposed to just talking about it,” said Kevin Swanepoel, CEO, The One Club (http://www.oneclub.org).  “We created our own Inclusion & Diversity Department nearly a decade ago, and support programs like Next Creative Leaders that identify, elevate and give voice to those who are making a real difference.  They are the ones who are opening the door and inspiring the next generation of women who follow in their footsteps.”

Swanepoel added that this year’s three Next Creative Leaders honorees from Goodby Silverstein & Partners are testament to the agency’s ongoing commitment to inclusion and diversity championed by senior leadership such as co-chair Jeff Goodby, a driving force behind creation of The One Club’s annual “Here Are All The Black People” multicultural conference and career fair, and Margaret Johnson, chief creative officer, One Club board member and founding member of The 3% Conference.

“We are thrilled about the level of talent and spirit embodied by this year’s Next Creative Leaders,” said Kat Gordon, founder, The 3% Movement (https://www.3percentmovement.com).  “Six of the 10 winners are originally from outside the US, making this a true global showcase of diversity, advocacy and opportunity for people of every ethnicity.”

To make the Next Creative Leaders program as open and accessible as possible, there is no cost for nominating a candidate.  Nominees were judged on four-to-six pieces of creative work, their background and information about how they — and their work — are pushing the industry forward and making a positive contribution in terms of diversity, mentoring and advocacy.  Winners were selected by a jury of 29 top creatives, including past Next Creative Leaders winners (complete jury list:  http://nextcreativeleaders.org/jury/).

This year’s Next Creative Leaders were featured at The 3% Conference, profiled on The One Club for Creativity website and The 3% Movement blog, promoted through the two organizations’ social media channels and invited to serve as judges for next year’s program.