Dabur Red Paste returns as presenting sponsor for the awards slated to take place on December 15, 2017 at NSCI Dome, Mumbai 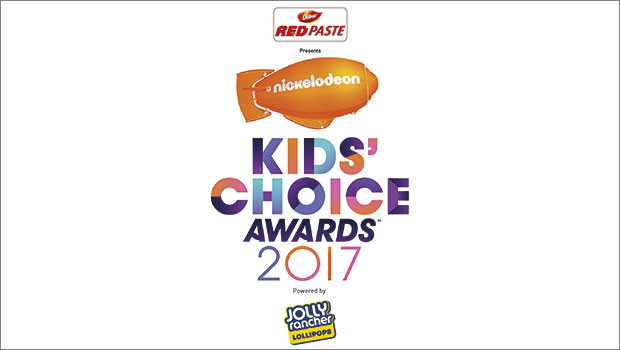 Nickelodeon has got four sponsors for the third season of the ‘Kids Choice Awards’. Dabur Red Paste has returned as the presenting sponsor, while Jolly Rancher is the powered by sponsor and Funskool and Yellow Diamond are the associate sponsors.

Nickelodeon Kids Choice Awards 2017 is slated to take place on December 15, 2017, at NSCI Dome, Mumbai. Children can vote for their favourites across multiple categories and decide who will take home the iconic Nickelodeon blimp. The awards resonates ‘Kids ki choice, kids ki voice’.

Nina Elavia Jaipuria, Business Head, Kids' Cluster, Viacom18, said, "At Nickelodeon, we have always believed in empowering children and giving them an opportunity to voice their choices. It is with this belief that we started KCA and with each passing year, not only have we dialled up the connect with our young audiences and their parents but also have exponentially increased the property’s appeal to the advertising community. This being Viacom18’s 10th anniversary year, and Nickelodeon being one of the founding brands the network launched with, KCA will be bigger, better, louder and slimier than ever before.”

The awards show will celebrate 2017’s cinematic excellence and present top honours to the best of the best from the Indian film, television and kids gaming industry. As the youngest demographic rises in significance to the celebrity community and with celebrities increasingly focusing on building a fan base among this audience, KCA provides the perfect platform to the stars to broaden their fan following. This is evinced by the growing presence of the film and television personalities that will be a part of this year’s KCA, including Bollywood and television personalities like Alia Bhatt, Ranveer Singh, Kriti Sanon and Badshah among others. It will be anchored by comedian Bharti Singh and actor Rithvik Dhanjani.

“Through Nickelodeon and KCA, Dabur Red Paste plans to further spread the message about dental hygiene and also to educate children about best oral care practices with a focused and specially crafted campaign along with some fun and entertainment,” said Harkawal Singh, Head, Marketing (Oral Care), Dabur India Ltd.

KCA 2017 is being promoted through a robust 360-degree marketing campaign. The expansive marketing campaign will have promotions with an extensive cross channel plan, large scale on-ground, ambient engagement and interesting on-line interactivity. In addition, numerous touchpoints spanning consumer and trade print, radio spots have been planned. An extensive digital and social media buzz and engagement campaign will leverage the combined clout of Viacom18’s social media assets from its varied brand portfolio. A marquee event for Nickelodeon, KCA 2017 will see integrations from some of the top brands in the country catering to young audiences.