He passed away this morning after a prolonged fight against cancer 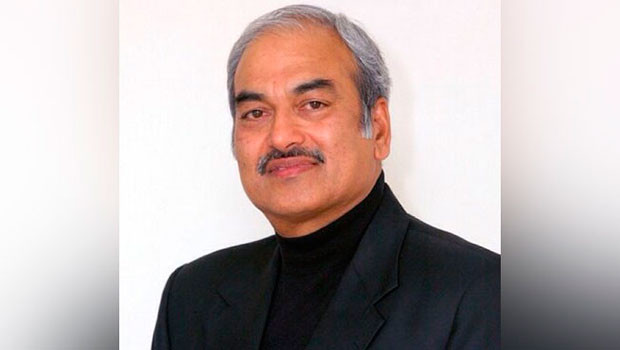 KVL Narayan Rao, Group CEO and Executive Vice-Chairperson, NDTV, passed away this morning, after a prolonged fight against cancer. He is survived by his wife Renu and two sons.

The 63-year-old media maven had enriched each life that he touched with his generosity, integrity, love, compassion and intelligence.

Expressing their grief over his demise, Prannoy Roy and Radhika Roy, the promoters of NDTV, said, “Narayan was our friend for over 30 years and we loved him like a brother. We learnt so much from Narayan and admired how he created a compassionate environment at NDTV and, in fact, everywhere he went, with everyone he met. Just as we loved him, there are hundreds of others like us for whom Narayan was very, very special. Seldom has a person been loved by so many and will be deeply missed by so many.”

He played a pivotal role, along with the owners of NDTV in growing the production house into a large-scale news broadcaster.

The Roys have further spoke about how important Rao was for NDTV and for the compassionate environment that he created at NDTV.

“His unshakeable integrity and his ability to make time to address the concerns of every person at NDTV, no matter how senior or junior, was what we counted on day after day as an institution, among many other qualities that he brought to work day after day as the CEO. He leaves a gigantic vacuum in our lives. We are forever grateful for his selfless leadership at NDTV and for his friendship, kindness and decency as a human being to all of us.”

Rao held the leadership roles in many industry associations. He served multiple terms as the President of News Broadcasters Association (NBA). He was also on the Board of the Indian Broadcasting Foundation (IBF) and had been elected as the Vice-President of the Commonwealth Broadcasting Association (CBA). A Member of the FICCI Entertainment Committee as well as a Member of the CII National Committee on Media & Entertainment, Rao had made major contributions to the industry.

He began his career as a journalist at the Indian Express. He then served at the Indian Revenue Service for 15 years and left as the Deputy Commissioner of Income Tax in 1994. He joined NDTV Group in 1995, as General Manager, and rose to Executive Director role in 1998. He was elevated further in 2007 to become the Group Chief Executive Officer, and then, promoted as the Executive Vice-Chairperson, NDTV Group in 2011.