Termed as Global Kids Council, it consists of young people from India, the US, Brazil, The Netherlands, South Africa and Turkey. They will teach the children of the world about their rights 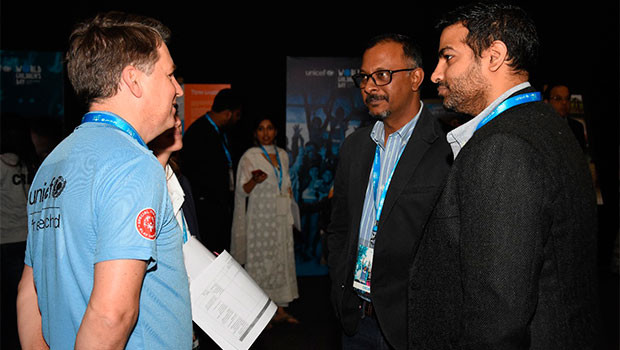 Grey group, in its centennial year, is joining forces with United Nations Children’s Fund (UNICEF) to improve the lives of children around the world. Together, the two have created the Global Kids Council – a one-of-its-kind creative council for the children, by the children, of the children.

The Global Kids Council is made up of young people from India, the US, Brazil, The Netherlands, South Africa and Turkey who will teach the children of the world about their rights. Together, Grey and UNICEF trained the Council the fundamentals of marketing, and offered them knowledge and resources to create meaningful change and rally around causes that relate to their homelands, in preparation for World Children’s Day on November 20, 2017.

Not just celebrating 100 years, but also reaffirming itself to the next 100, Grey believes that a world is needed that has less discrimination, less violence and more peace and harmony.

UNICEF works tirelessly to ensure that every child can survive and thrive. UNICEF works in more than 190 countries and territories to put children first, and has helped save more children’s lives, by providing health care and immunisations, clean water and sanitation, nutrition, education, emergency relief and more.

Speaking about this initiative, Arun Raman, National Planning Director, Grey Group India, and mentor to Raseel Arora, (the 14-year-old girl from Delhi), said, “The power to shape the future of the world rests in the hands of the future citizens of our world. We believe that society will not change unless parents, communities and society feel pride in the achievements of the girl child. UNICEF, Arora and Grey believe that India will develop only when we develop our gender parity scores.”

Grey India has launched an innovative activation idea called India ka Scoreboard. Inspired by the game of cricket, this idea has been conceived as a showcase of achievements by the girls of India that makes her parents, her neighbourhood, her society and her nation truly proud. Because, when one is proud of something we protect it even more.

Varun Goswami, Executive Creative Director at Grey Group India, said, “India Ka Scoreboard has the potential to become the first, second and third umpire to girls performing across the country. Highlighting their achievements and success rates, applauding their stance in any situation and cheering their drive and perseverance.”