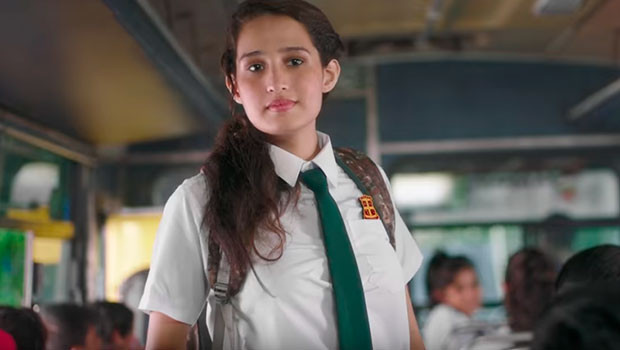 Britannia is trying to reinvent the brand and connect it with today’s youth by taking a digital-only approach.

“We genuinely believe Little Hearts has tremendous potential as a brand and a business for Britannia. While we have not invested in this brand consistently for a few years now, we have made a small but solid start now. We plan to only consistently build on this going forward,” said Ali Harris Shere, Vice-President Marketing, Britannia Industries Ltd.

The new campaign, conceptualised by JWT, has the thought ‘Break Some Hearts’ at its core. The ad film is about a boy sitting in his school bus, looking for a chance to tell his crush about his feelings. But things take an unexpected turn when, instead of the girl he likes, a little boy comes and sits next to him. Thus, breaking the boy’s heart and taking away his chance to communicate his feelings.

Speaking about the campaign and the decision to go digital only, Shere said, “The shape of the biscuit is a unique asset to the brand and we decided to leverage it. When we were looking for ways of doing that, we realised that heartbreaks are a big part of tweens’ lives. We therefore decided to take an edgy view of heartbreaks by urging consumers to “Break Some Hearts” – both figuratively and literally, with Little Hearts biscuits. The other interesting thing about our journey was our realisation that we could not talk to today’s tweens through traditional media vehicles. So, we decided to be present on platforms most frequented by today’s tweens and make Little Hearts a digital-only brand.”

The brand is also actively working to disassociate from everything mushy. Almost all previous communications from Little Hearts have been cutesy videos about being young and in love and in that context this new campaign is a definite departure from the norm.

“We’ve repositioned the brand based on our understanding of today’s teens. Since this consumer is not into mush, we decided to disassociate the brand from all things mushy and take an edgy view of heartbreaks by actively urging consumers to ‘Break Some Hearts’ and have some fun. This has not only given the brand a cool new vibe, it also connects right back to product consumption by asking consumers to ‘Break Some Hearts’ even literally, with Little Hearts biscuits,” said Shere.

While with this new campaign, the brand wants to appeal to their TG, which Shere describes as “13-22-year-old, male/female, residing in any metro/large town of the country,” they also want to bring Little Hearts back into the consumer’s snacking habit.

“Our primary objective was to reinvent the brand to be relevant to today’s teens. At the same time, it was also important for the proposition to be strongly rooted in the product and its consumption so that not only does the brand resonate with the consumer through its philosophy, but a packet of Little Hearts also finds a place again in the consumer’s snacking habits,” said Shere.

Biscuit is a Rs 28,000-crore strong category in India and Britannia is said to be the second biggest player after Parle, with a market share of roughly 27-30 per cent, according to market experts. With 11 biscuit brands under its umbrella, Britannia posted a total revenue of Rs 9,054.09 crore in the year ending March 2017.

Shere said Little Hearts competes in the biscuits category in India but it also competes outside this category with all sweet snacking brands, including chocolates and confectionary, because it operates in the same need state.

Speaking about the future plans for the brand, Shere said, “Our plans for the next couple of years is to consolidate this positioning by bringing it alive in fresh, interesting ways and staying connected with the consumers.”