India Innovation Hub and School of Innovation will help startups, developers and students in India thrive and grow 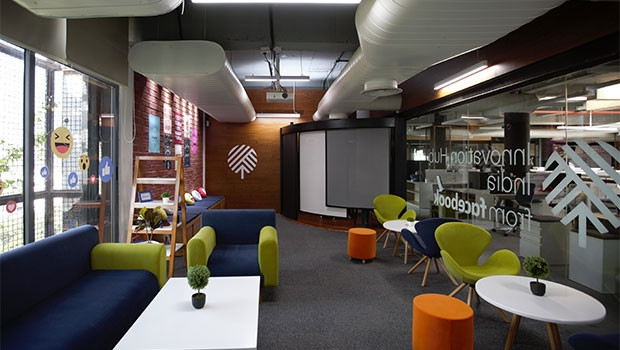 Facebook has announced new investments in India’s digital economy with the introduction of accelerator programs that will help tech startups, developers and students in India build products using emerging technologies. Helping existing startups and inspiring the next generation of startups, these programs are designed to help unlock the potential of advanced technologies, including VR, in India.

In partnership with T-Hub, the India Innovation Hub will work with 10 VR focused startups to accelerate their businesses in new and innovative ways. Each startup will get access to training, mentors, workshops, research and Facebook’s VR Innovation lab as part of the six-month accelerator program. Applications for the Innovation Hub program will be open from January 2018, and the first accelerator program will begin in early 2018.

To help foster future talent in emerging technologies, Facebook is also introducing the School of Innovation program in partnership with Startup Village Collective. 10 student teams will be selected from millions of engineering students across the country to build a next generation product idea they have using VR. The teams will participate in a 20-week program that includes online and in-person learning to progress their idea, build a low and high-fidelity prototype and finally launch to customers.

These announcements demonstrate Facebook's commitment to working with developers and partners across the industry to help India's innovation ecosystem grow and make emerging technologies such as VR, a part of daily life for billions of people.

Satyajeet Singh, Head of Platform Partnerships, Facebook India and South Asia said, “At Facebook, we are committed to investing in the future of the India’s digital economy. We know from experience how fast great ideas can thrive when startups are given the opportunity to grow and learn from each other. That’s why supporting startups, developers and students is a core part of our mission at Facebook. With these programs we are committed to paving the way for the next generation of startup success in India.”

Jay Krishnan, Chief Executive Officer T-hub commented, “As India enters a new phase of embracing startups and future technologies, we at T- Hub are excited to partner with a true change maker- Facebook. The partnership will drive radical change in the startup ecosystem. We encourage Facebook's efforts to support and mentor start-ups to explore the possibilities of future technologies such as VR. As the VR ecosystem in India takes shape, we are committed to working towards accelerating its success and help startups in this space solve India’s challenges.”

“For India to be a technology powerhouse, our engineering talent needs a transformational change from theoretical classroom projects to building practical industry products. Through our partnership with Facebook for the School of Innovation programme, we will enable this transformation for our universities, faculty and students to learn how to build real products and create a positive change in the world around us” added, Sanjay Vijayakumar, Chairman of Startup Village Collective.

These programs will support a new generation of Indian startups who with access to support, training and mentorship will make a significant impact at home and on the world.