With a BSc in Life Sciences and Biochemistry and an MBA under his belt, Malsisaria really didn’t set out to enter the world of advertising but that is where he finds himself today and he couldn’t have been happier 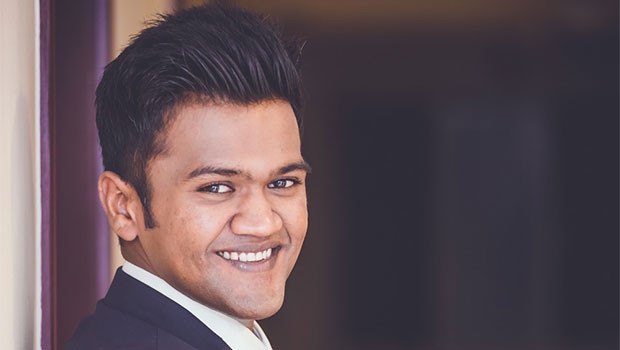 When I first met Nishant Malsisaria at his office for this article and got talking about his journey in the field, it took me some time to wrap my head around his educational qualifications simply because it was quite a mouthful. A BSc graduate in Life Sciences and Biochemistry from KC College in Mumbai, Malsisaria claims he usually shies away from conversations revolving around his education because of how removed it is from his field.

“After I did my BSc from KC, I did an MBA in Marketing from Bengaluru. From there I joined Zomato and was a part of their sales team in Bengaluru for four months.”

While he was pursuing his MBA, Malsisaria had interned for an agency called Ultraviolet, which was a part of Crayons Communication group. When he shifted to Mumbai after his four months at Zomato Bengaluru, he was offered a job by Ultraviolet.

“My internship with Ultraviolet is where my journey in the field of advertising really began. Once I was back in Mumbai, I got an offer from Ultraviolet. Ultraviolet then merged into iProspect Coommunicate2, which then became iProspect. I was with iProspect from almost three-and-a-half years. I then moved to Webchuteny.”

At Webchutney, until April, Malsisaria was heading paid social, which is advertising on Twitter, Facebook, YouTube and LinkedIn. Today, he is also handling all media for the Mumbai branch.

Malsisaria has been with Webchutney for a year-and-a-half now and in his own words, his time at the agency has helped him learn a lot.

“Webchutney has always been a creative agency. What a lot of people don’t know is the fact that Webchutney is actually one of the first ones to do a SEM ad. But they moved completely to creative and digital before starting media again in May 2016. I joined Webchutney in June the same year and so far, the journey has been great. Being a part of Dentsu Aegis Network, we get an edge over a lot of people because of the tools and technology that we are exposed to, which is a great plus.”

It took Malsisaria, who tried his hand at multiple things while at iProspect, some time to realise that his heart was in auction platforms.

“At iProspect, I wasn’t tied to a specific role. There I was taking care of display planning and buying, I was also looking into Facebook and helping clients develop their videos. After some time, I realised that auction platform was something I wanted to get deeply involved in. When I was with iProspect, I got recognised a lot by Facebook as well. I used to get a lot of betas from Facebook that I needed to test.”

In fact, when Facebook did an ambassador programme around two years ago for APAC, Malsisaria was representing DAN there.

According to Malsisaria, the challenging bit of his profession is usually to convince brands to put more money on platforms like Facebook.

“I have worked on brands like Club Mahindra and ICICI Bank and biggest learnings have come from working for these brands. When I started working for Club Mahindra they used to put a small amount of their money into social platforms like Facebook because it had never really translated into business for them but one year with me on the account and the growth in terms of spend on social has been 500 per cent. That is a significant shift and quite a challenge.”

Malsisaria considers the fact that he is leading three branches for a particular offering at the age of just 27 his greatest achievement so far.

“This achievement also comes with a lot of pressure because people look up to you and you have to be there when your team needs you and the one thing that I have learned is that this is a team effort. I cannot grow if my people don’t succeed. So, every day, I am trying to do everything that I can to do justice to what I do.”

For Malsisaria, the fact that he is providing business solutions is the one thing that keeps him interested in what he does.

“I am not selling something for the sake of selling it. The ability to sell business solutions to clients for their problems is something that I look forward to. There have been times when we have gone away from the brief and identified a client’s business problem and provided solutions for that.”

His open attitude towards learning new things and his accommodative nature are, according to Nishant, his biggest strengths. His biggest weakness, however, he believes is that he is too comfortable with his team.

“My team knows how important they are to me and I think that gives them a lot of leverage,” laughs Malsisaria.

A travel enthusiast, when not working and indulging his team members, Malsisaria likes to go on road trips with his wife and take his dog out for walks on the beach.

So, if not advertising then what?

“I actually have no idea. I am a Marwari and I am asked a lot that why don’t I start out on my own. But honestly, I have no clue what I will do if I were to give this up because any salesman sells what he knows and this is what I know.”

A few links on his work: