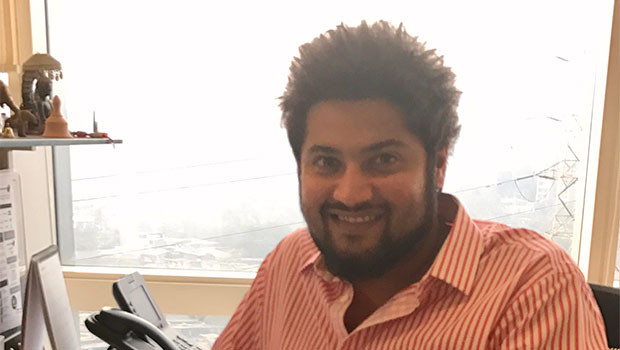 Ever since he was little boy, Arjun Tejwani has wanted to be in advertising. But as it happens with many of us, as he grew up, he started dabbling in different things. Coming from a business background, Tejwani tried his hands at the family business for a while before someone told him about an opening for an activation and BTL position.

“I had no idea what activation and BTL was. The opening was for a junior position and I got through the interview. It is here that I learned about what a brand is, what they do and why do they do it. My family is from a trading background, so to go from buying and selling to getting to know what a brand is really all about was a new and interesting experience.”

Tejwani spent two years working in activation and then moved on to working on content and integrated solutions with MEC Access (which doesn’t exist anymore after the Maxus-MEC merger). After spending two years with MEC, Tejwani joined Mindshare, where he currently manages the Idea Cellular Data and Apps business across all brand and performance undertaking.

Having spent seven years with Group M, of which about three has been with Mindshare, Tejwani feels that his time at Mindshare has not only allowed him to work with some of the big names in the industry but also challenged him in the best possible way.

“Everything here is tuned to make sure that production is the most optimum at all times. Despite the tight deadlines, here, impetus is given to innovation. Another advantage that we have here at Mindshare is the fact that we have some of the best clients in the country. Clients here understand that we are Mindshare and therefore there is more belief and trust in us and this trust comes from the people who work here.”

Speaking about the campaign that he had the most fun working for, Tejwani said, “It was the corporate campaign we did for Aditya Birla Group. It was a digital campaign that we had to do for US, UK and India. At that point in time it was just me and a senior of mine and we had no idea whom to speak to in the US and UK. We had to speak to people from our US and UK offices. They flew down here because this was a huge campaign we were doing. Basically speaking we had a blank slate and we could fill anything into it. It was also during this campaign that I had the opportunity to present to Kumar Mangalam Birla himself, which was an experience in itself. The client believed in us completely and gave us the freedom to do whatever we wanted and that really drove our sense of ownership for the campaign.”

According to Tejwani, one of the most challenging campaigns he has worked for was the Birla Sun Life Insurance and Mutual Fund campaign.

“We had just about gotten into programmatic, it was one of the first programmatic campaigns by Mindshare. Products like life insurance and mutual funds are primarily male targeted and we were targeting the male population through our campaign. What happened is, in the middle of the campaign we realised that some 40 odd per cent of people converting and buying life insurance were females. So, we had to change all the content and strategy on the fly and add an extra layer to talk to the female population as well. It was also difficult in the sense that brands in India still don’t fully understand programmatic and it is very hard to sell it to them. But that campaign was a success and today, as far as life insurance is concerned, there is 20 per cent programmatic that is applied.”

“I don’t know if this is really a weakness but I don’t really get stressed out about things in life. I think a little stress is important in life as it makes you get on with things.”

The one thing that Tejwani really likes about his job is that it allows him to get the best of both the worlds.

“While it is a desk job, it essentially really isn’t a desk job. This job gives me the luxury of working a non-desk job but while I am sitting right here at the desk. It is a nice mix of a desk job that allows me to think creatively and do something new every day.

A national level snooker player, Tejwani’s one regret in life is that he had to give up playing snooker professionally. But even today, he has to have a minimum of an hour either at the snooker table or in the pool every day.

So, if not advertising what would he have been doing?

“If I could have made money out of it, then snooker player but unfortunately,” smiles Tejwani.