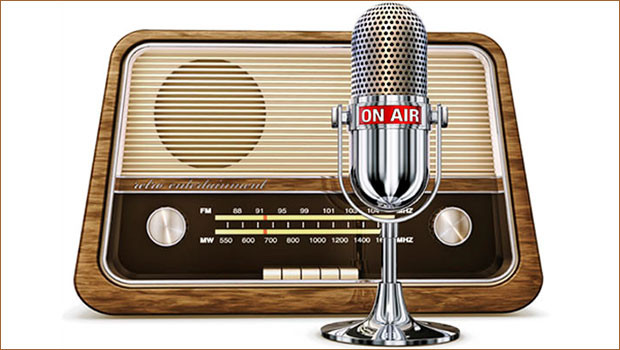 Diwali has come to rescue the beleaguered radio industry as major FM stations are seeing a growth of around 25 per cent in their revenue this festive season.

First half of the year was very sluggish for radio channels with some broadcasters even reporting a fall in revenue in Q1FY18.

Earlier in the year, radio took a harsh beating due to factors like fall in government advertising spend, negligible advertising by the real-estate sector in the wake of RERA and the lingering impact of demonetisation. GST (which came into effect in the second quarter) and its perceived impact also had a role to play in the dipping revenues for the first quarter.

However, with consumer spending going up during the festive season, leading to a spike in ad spend of companies, the cheer has come back to the radio industry.

“It has been a good two festive months (September and October) and we at Radio One have grown 25 per cent over July and August,” said Vineet Singh Hukmani, MD and CEO, Radio One.

The festive season has been good for businesses all around from e-commerce brands to television broadcasters. Some of the reasons for the upbeat festive season are the entrance of new categories as far as advertising is concerned and the current government’s increased emphasis on the medium.

“We have seen a lot of advertisers come to us because of our network strength and because they see value in what we deliver. Our unique positioning of mature audiences has helped us in bringing in a lot more categories. We have deep relations with large e-commerce players like Amazon and some key clients have been across auto. Organised retail has seen a good upswing. Social and government advertising has been up,” said Tarun Katial, CEO, RBNL.

Katial said the festive season accounts for about 25 per cent of the business that Big FM does all through the year.

Other major players have also registered a similar growth. Experts say the green shoots for a full year growth are visible now. While, September and October has been rewarding, the rest of the festive months – November and December – will decide whether the growth is sustainable or not.

“November remains the acid test of whether we are seeing a sustainable turn around in the economy and therefore media spends by clients,” said Hukmani.

Another reason for the good numbers posted by the radio stations might also be the fact that they have also been trying to review ad rates and advertising volume because of growing ad fatigue. Some of the top radio stations have brought down their commercial time to around 10 minutes from 15-18 minutes to counter the problem of too many ads on radio.

Radio stations have also hiked their ad rates to fill the gap caused to due to a slightly shorter commercial time. While Radio Mirchi increased its ad rates by 5 per cent in the markets as it has been present for a long time, My FM increased their ad rates by a whopping 25 per cent. For main cities such as Delhi and Mumbai, radio channels usually charge anything between Rs 300 and Rs 4000 for a commercial spot.

The impact of the goods and service tax (GST) and demonetisation impact has been waning on the advertising and media industry. As the GDP growth rate is expected to be back on track, the media spend would also jump leading to better earnings for the entire industry.