The campaign comprises an anthem and a brand film for Zee TV which celebrated its silver jubilee and unveiled its new philosophy – ‘Aaj Likhenge Kal’ (Writing tomorrow, today!) 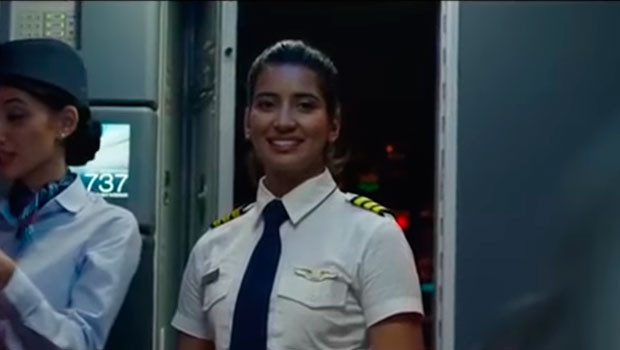 As Zee TV completes 25 years in India, it has unveiled its new ideology that’s encapsulated through its new philosophy – ‘Aaj Likhenge Kal’ (Writing tomorrow, today!). Through its inspiring characters and stories, the channel endeavours to encourage its viewers to draw from their own inner strength and take charge of their destinies.

In the brand’s relaunch campaign, it wanted to resolve a socio-cultural cause that is deeply rooted in the Indian culture. With ‘Aaj Likhenge Kal’, Zee TV seeks to inspire the great Indian middle class to achieve the extraordinary.

The campaign has been conceptualised and executed by Publicis India.

Commenting on the campaign objective, Prathyusha Agarwal, CMO, ZEEL, said, “We’ve really come a long way in the last 25 years and we intend to keep growing at an accelerated pace in the future as well. The new credo – ‘Aaj Likhenge Kal’ is developed on the back of a robust marketing strategy that will see us bring alive our brand philosophy through our shows and characters. The campaign captures the essence of the great Indian middle class rising and aims to spark many more to take the leap.”

The integrated campaign comprises a musical anthem and a 90-second brand film. The anthem is a melodious rendition sung by singers Shreya Ghoshal and Arijit Singh while the music has been directed by Vishal Bharadwaj.

It traverses the journey that majority of middle-class Indians go through and how they discover their inner spark, leading them to take a leap into the future. It draws inspiration from several achievers across different walks of life who’ve managed to achieve their dreams with true grit and determination. Be it the lady who scurries her way to drive the Metro train early in the morning, or an aspiring young entrepreneur who is busy packing and shipping off her delivery packages with the help of her family, or a conservative family who are progressive in their thinking about their daughter’s lifestyle needs and even the ‘super mom’ who ends up winning a dance reality competition despite her busy and hectic schedule all due to her determination…all these inspiring moments are captured effectively in the film. The film is the reflection of every Indian middle class who wants to do something extraordinary and brighten their future.

Similarly, the 90-second brand film narrates the story of an eager parent (father) who is seen doing something for the first time in his life – flying in an aircraft. It follows him as he boards a bus, feeling the pangs of undertaking this first-time experience. For a man who has always travelled to far-off distances only by train, this clearly is a life-altering situation as he attempts to fly for the first time. But there is a single reason that he is doing this after so many years: to encourage and support his daughter who is the pilot of the same plane and is flying the plane for the first time. He sees it as an important occasion to witness the event and boost her morale, thereby keeping all her naysayers at bay. This is also the ethos that Zee TV too abides by as it continues to stay committed of being the favourite channel of India despite the changing dynamics around them.

Highlighting the strategic insight and idea behind the brand film, Paritosh Srivastava, COO, Publicis India, said, “For a television brand to be continuously loved by Indians for 25 long years is quite a remarkable feat. It shows the innate bond and loyalty that Zee TV has managed to carve with its viewers. The challenge for us was to carry forward this legacy and make Zee TV as the brand of tomorrow -- a brand that shapes young India’s aspirations in whatever they wish to achieve. We are happy to be partnering Zee as they transition themselves to a future-ready brand of tomorrow.”

Adding his views, Bobby Pawar, MD and CCO, South Asia, Publicis India, said, “To millions of people, Zee TV is not a brand or a channel. It’s almost a family member. Our stories are inspired by their lives, and in turn serve to inspire them to challenge their capabilities and surge ahead towards their ultimate goal. The campaign is an embodiment of that philosophy.”

The campaign is currently being played across major television channels in India spanning the genres of entertainment, news, sports etc. It will also tap other prominent avenues like outdoor, print and digital for wider reach and appeal.