CEO and Managing Partner Anil Nair, who has been groomed over the past 24 months and running the operations, will now be leading the company forward 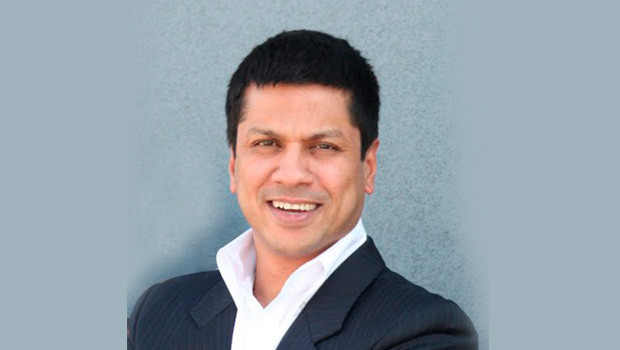 Praveen Kenneth, Founder and Chairman of Law & Kenneth announced his retirement from active engagement on the sidelines of the final sale of his shareholding, in Paris. It was the largest and one of the most successful Independent communication companies in India, before becoming a part of Publicis Groupe in January 2014,  to create L&K | Saatchi & Saatchi.

He will be involved over the next six months during the transition, mentoring and guiding the teams

Anil Nair the CEO/ Managing Partner who has been groomed over the past 24 months, and running the operations will now be leading the company forward.

Commenting on this from Paris, Maurice Levy, Chairman of the Supervisory Board, Publicis Groupe said, “Kenneth has been with us slightly after opening Publicis in India (1999) and had led the agency to growth and creative excellence. He then decided to launch Law & Kenneth ( 2002),which also has been a great success. The acquisition of his agency and the merger with Saatchi and Saatchi ( in 2014), has allowed building a superb agency we are all proud of.”

He further added, “Kenneth is a leader, a real ad man, always led by the interest of the clients. I developed a great personal relationship with Kenneth and wish him the very best.”

Commenting on his retirement from Paris, Kenneth stated, “The incredible success story of Law & Kenneth and L&K| Saatchi & Saatchi,  has been nothing less than a magical testimony of "making the Impossible, possible. We ended up doing everything we set out to do over the last 15 years. And none of that would have been possible without our Clients who love us , believe in us and have supported us. And our people.”

He said, “Building from Zero, to 4 offices, 400 plus amazing people and being in the top 10. Partnership with Maurice Levy which is so special, who has been my biggest supporter and Publicis Groupe. Winning at Cannes, D&AD, epic pitch wins and First Class clients. It's been a Dream run. I am sure this will continue in the safe hands of the Publicis Groupe family, Anil Nair our CEO and the leadership team. It is all set to move to even greater heights."

Talking about the future, Kenneth added, "When I began my journey 27 years ago, I let life take charge of everything I do. And life has been very kind to me. I have asked and gotten everything and a hundred times more from life. The future is a great opportunity to give back whatever I have been blessed with. And I am looking forward to that , and hope it allows me to give it back, every bit."

L&K | Saatchi & Saatchi has an enviable list of bluechip clients, which includes, Renault India, HeroMotoCorp, Kent RO, P&G, Dabur, Pepper Fry, Jockey, Mondelez, Godrej Interio, EXide Insurance to name a few. It won 2 silvers at Cannes in 2016, and won again in 2017, and this time a Gold.

The agency has  been instrumental in establishing leadership position for Renault India, launching HeroMotoCorp, after the break away of Hero Honda. Creating iconic work for Pepper Fry, Jockey, and Kent RO