In her first interview after taking over as Vice-Chairperson of India Today Group, Purie talks about succeeding her father Aroon Purie, her vision for the group, and the future of newspapers and magazines 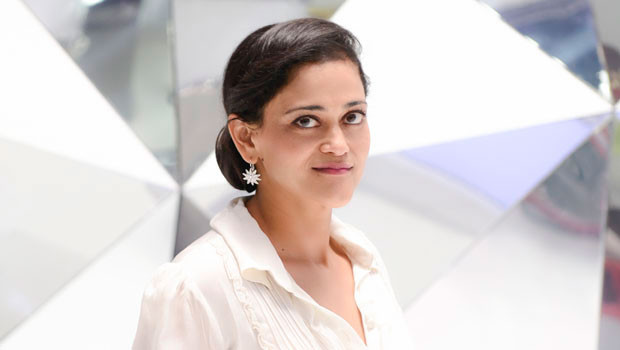 India Today Group's newly appointed Vice-Chairperson Kalli Purie isn't quite happy with the amount of debate that's currently happening on news channels. "We have to carry these debates because of dichotomy we have with ratings," she explains.

Though she's betting on digital for future growth, Purie believes independent digital news platforms will not survive long. "Only those platforms that can collaborate and co-depend on each other can survive. If you are going to set up infrastructure for just digital videos, that is crazy economics," she says.

Speaking about her vision for the group that her father steered for almost four decades, Purie says she's looking at launching more channels. On the relevance and future of news magazines in the digital age, she feels that a reader needs a product that brings sense and is engaging. "I'll make sure that we revive this space," she adds.

Asked if former HMVL CEO Vivek Khanna will join India Today as the Group CEO, Purie said she won't comment on the post till the group’s Chairman Aroon Purie announces it.

Now that India Today Group Chairman and Editor-in-Chief Aroon Purie has appointed you as his successor, how challenging do you find it to step into his shoes?

It is a very big responsibility. I think my job really is not to step into his shoes but to make sure his legacy is carried forward and the DNA and the structure he has built in the organisation is ready for the digital future.

I have been working on the digital side since 2000 and have been a part of our first digital foray. That puts me in a very unique position to be able to plan the digital strategy for the group. Most of the growth is expected to come from digital. Yes, we have to keep the core dependence on our existing business but the expansion and the growth that we want will come from digital.

News is doing the rounds that former HMVL CEO Vivek Khanna is going to be Group CEO of India Today Group...

I am not commenting on the Group CEO till the Chairman does and he will make the announcement soon enough.

What is your broad vision as the Vice-Chairman?

I feel there is still a lot of room for print as well as TV. And there is a lot of room for digital too. On the digital side, I would like to say that everyone is talking about vernacular, video, audio and social and we are leading in all those four areas. So we are really in a unique position and we must use all those opportunities that have been given to us and not squander them. But, it does not mean that you ignore opportunities on the other side. We have a strong brand in Aaj Tak and India Today and we will be launching more channels. Unfortunately, the distribution is in a little bit of limbo, leaving us in a difficult position to plan a full-fledged channel in a company that has shareholders’ money and value.

How long will it take for media houses in India to be mainly dependent on the subscription model? Do you see that happening anytime soon?

Juan Senor, Partner, Innovation Media Consultancy, UK, has been talking about how the survival of digital products is possible only by charging either for data or subscription; otherwise get out of the business. But, you have to do it in a very scientific way. You can’t just switch it on one day. You have to pull in the consumers first. It has to be done in a phase-wise manner after carefully studying the behavioural data gathered from subscribers. We may do different things for different brands but I assure you we have started working in right direction.

Social media has changed the dynamics of the news industry to the extent where even a common man is a broadcaster. How are news organisations dealing with such competition?

I’d see them as my collaborators. We have discussed this quite extensively. The newsroom is no longer linear. The model where I get the news and I give it to you as a viewer does not work anymore. You are a collaborator with me now and it is a circular newsroom. The news may start with you and I may dress it up and add more value and give it back to you. In that sense, you are helping me as a source rather than competing with me.

Digital has been one area you have been focussing on for long. Integrated newsroom was perhaps the first step towards this. How have the results been so far?

Integrated newsroom was an amazing experience for us but you cannot synergise everything. This has been a very big learning. If you over-synergise and say every journalist has to do everything, then you kill the whole point of an integrated newsroom.

What share of revenue and profits do your digital businesses contribute to the group?

Our overall digital businesses contribute about 10 to 12 per cent to the group’s business. It is self-sustaining despite the fact that we do not cross-subsidise any vertical.

Digital is our long-term business goal. One of the ways we have always looked at digital is that we are not in the valuation game. We are against pumping in loads of money and creating a big bubble for valuation that we cannot sustain.

One of our competitors even launched email services by pumping in hundreds of crores. What did it gain except valuation? Even in terms of fuelling growth on comScore, I do not believe in buying traffic by spending loads of money. How are you going to sustain that? This goes back to very old learning from India Today days. With a strong product, you do not give a gift for subscription, where the gift is subsidising the subscription. If you do that, you will end up paying the subscriber instead of earning from the subscription. I learned that very early and I followed that right through in whatever I have done. So, buying traffic and app installs are just a waste.

What difference do you see between the digital products of existing news channels or newspapers and independent platforms such as The Quint, The Wire or ThePrint? Who is better equipped for survival?

This is probably a controversial statement and might not be liked by many but I do not think independents will survive. Only those platforms that can collaborate and co-depend on each other can survive. We are generating revenues from the self-sufficient and fully standing broadcast channels and it is very easy for us to generate videos for digital mediums and get incremental revenues. If you are going to set up infrastructure solely for digital videos, that is crazy economics. I would not do that.

While you have successfully retained Hindi news TV leadership, why have you not been able to capitalise this leadership in terms of expansions?

I agree with you that we have not capitalised upon the leadership as much as we should have but we are also the only media company that is buoyant. Whenever we have made certain business plans for some of these expansions, including regional channels, they just did not make sense. But, there are a few new opportunities coming up, which could be implemented as we get the clarity on the distribution side.

Are you thinking of exiting the newspaper business following the end of the partnership with Daily Mail?

It is a very cost-efficient newspaper and it will continue to exist because of another important reason: It is a very good complement to what we do. It creates a lot of synergy with other business verticals. Co-existence is the strength of our group, where so many platforms support each other and this will keep us ahead of others.

First, India Today was revamped. Business Today has also been revamped. Considering the kind of talks around existence of magazines, what is your vision for magazines beyond revamps?

When content is being consumed at such a fast pace on social media and television, by the weekend, the readers really do not know what they are supposed to know. Getting a magazine like India Today closes a week for them. India Today leaves all the noise and picks up the news that matters to you. In this digital madness, you need a product that brings sense, calms you down and engages you.

Circulation is not my concern because revenues also come from the cover price. The main problem is the advertisers deciding magazines are not the appropriate place to put their money. In my view, it is a disservice that magazine publishers have done. They really need to go and talk to the advertisers about why the magazine space is so important. In a magazine, you are bound to notice the ad. Unlike other mediums, the readers are more engaged with the magazine as they cannot be on phone or doing something else while reading. All kinds of data have shown that when you advertise in a magazine, you are more likely to get conversions compared to other mediums.

Do you see a gradual consolidation in media in the coming years?

Media houses, like every other business, should look for consolidation where it makes sense, else they should compete.

Aren’t you concerned about the quality of content on television news channels these days, since it's mostly a noisy debate all day?

I do not like the amount of debate that we have to do on TV. But, we have to carry these debates because of dichotomy we have with ratings. BARC is the only rating system, so we have to hold it sacred. We know that a natural English news viewer may not have BARC meter in his house, which means you have to do certain things for ratings but at the same time you cannot lose your natural English viewer. And I think that some of the things that our competitors have done, like doing one hour of Hindi bulletin, is just crazy. While you have to maintain ratings, you have to create high perception value among your real viewers.

How was the festive season in terms of business? Did you witness an upswing across all verticals, including print?

It was even beyond our expectations and I think the churn in viewership ratings for Aaj Tak was the main reason behind this. There was no stable No. 2 and No. 3, which consolidated our position well. Secondly, the ad spends were consolidated with the leader after demonetisation and GST. Similarly, digital platforms had a bumper Diwali while print witnessed an upswing.