Instead of relying completely on data for efficient decision making, one should go back to the old ways of immersing into the daily life of consumers, Searle said. He also spoke about the importance of studying human behaviour 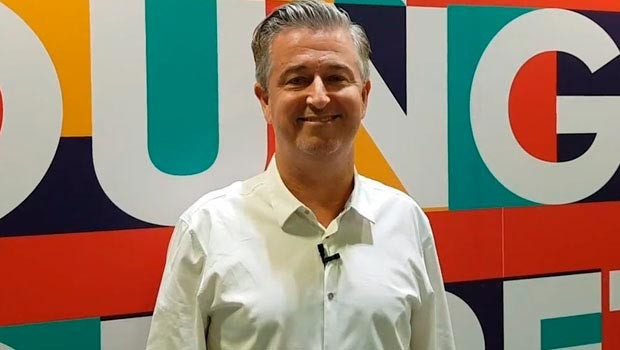 Too much reliance on data can create confusion, Danny Searle, Chief Creative Officer, BBDO Asia, told BestMediaInfo.com during an interaction on the sidelines of Spikes Asia 2017 in Singapore. A firm believer of human behaviour, Searle feels data is not the absolute truth. "It's not absolute truth not because people are lying. But data tricks you and can fool you," he said.

In 2000, after a five-year stint at The Campaign Palace Sydney, Searle joined Clemenger BBDO as Creative Director and Deputy Chairman. He joined BBDO Asia as Vice-Chairman and Chief Creative Officer 10 years ago. Under him, BBDO has been consistently recognised as Asia’s most effective and most creative agency network.

How important is relying on data for insights and ideas?

Everyone is talking about data. What people say all the time is not the absolute truth. If you watch the behaviour of people, it is completely different than what they answer. So many ways insights come to you such as top of the mind, obvious, not needed, etc. When you dig below the surface, you find something powerful.

We are getting confused here. If idea is of foremost importance, then why do agencies emphasise on technology over creative ideas?

It has to be a combination of both. You have to have really good insights. I’m not going to talk about ideas in general because it is too broad. There are so many definitions of an idea. But I want to talk about how we use ideas as stories to wrap things up. For example, Gillette. If we would have said that a man loves to shave, then it would not have been a good story. But ‘Women against lazy stubble’ was. The success it got was incredible. Another example is the ‘Barbie’ ad that we did. We could have just said that ‘Barbie was the first girl in space’, ‘Barbie is a good car driver’ but we talked about what young girls see in dreams.

Would you call it difficult times because of the heavy dependence on data?

Any information you give me, I can use it. But I would still say that data isn’t the absolute truth. At the same time, data is not absolute truth not because people are lying but data tricks you and it can fool you. This was proven after the outcome of the US elections.

So, does data help in decision making?

Can too much of data create confusion?

So, are you a believer of data or intuition?

How do you read consumer behaviour?

You need to get back to the old ways of immersing into the daily lives of the people.

Not sure of that but look at our work this year. We are the No. 1 creative agency network in the world. That speaks all.

Let’s look at the work we do. Barbie, Share the load, Graham are the works anyone would like to be associated with because those are the best at the moment. If our work wasn’t that good, people would not listen to us and shout us down with names like old school. But I have got the proof and we can show you the results.