Channels woo kids during Diwali with movies, shows and a lot more

Sony Yay!, Cartoon Network and Pogo have announced a series of special programming on their respective channels during the festive season 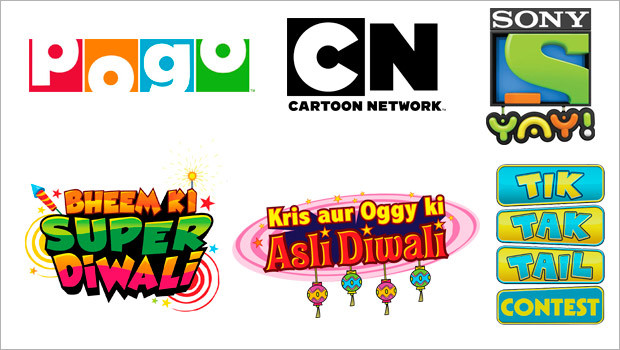 As children stay at home during their Diwali holidays, the kids’ entertainment channels gear up to line up their best content to entertain them. Sony Yay!, Cartoon Network and Pogo have announced a series of special programming on their channels during Diwali.

This is first Diwali season for Sony Yay!, the kids’ entertainment channel launched in April this year from Sony Pictures Networks India (SPN). The channel has launched a new campaign, ‘Jholmaal Bhari Diwali’, which includes new episodes and on-ground activations.

Along with contests, Cartoon Network’s programmes include Barbie Dreamtopia (new movie), new episodes of The Powerpuff Girls and Oggy and the Cockroaches, Ben 10-10-10 – Ben 10 Marathon and We Bare Bears Marathon.

Extending the campaign, the channel will give a special treat to kids on air by launching new episodes of its flagship shows, ‘Sab Jholmaal Hai’ and ‘Guru aur Bhole’. Jholmaal Bhari Sawari – a road show activity – will give them a unique brand experience, where the channel will engage with children through exciting contests, giveaways, workshops and a lot more.

Leena Lele Dutta, Business Head, SPN Kids Genre, said, “Sony Yay! will be celebrating its first ever Diwali with its little fans all over the country. To add on to the festive cheer, we are going all out to amplify the Yay! quotient for children this festive season with our Diwali campaign. We want to ensure that their holidays are full of happiness and entertainment. Therefore we are bringing them exciting offerings this festive season with a complete fun package of fresh content of our shows and on-ground activities.”

The animated characters Kris and Oggy on Cartoon Network will celebrate ‘Kris and Oggy ki Asli Diwali’ in association with Biba Apparels, McDonald’s, ITC Jellimals and co-powered by GK Active +. The channels will telecast all new ‘Oggy and the Cockroaches’ and ‘Roll No. 21’ episodes and movies, every day from October 16-22, 2017, 9am onwards.

On Cartoon Network in October, ‘Kris Trish Baltiboy 8: Face your fears’, the lovable trio, will come back in a movie. Barbie, and her sister, Chelsea will be seen in ‘Dreamtopia’. Brand new episodes of ‘The Powerpuff Girls’ will also be telecast.

Pogo will also air the special premiere of ‘Raju Ban Gaya Rajkumar’, Mighty Raju’s royal adventure with his friends. The fantastical ‘My Little Pony: Friendship is Magic’, turbocharged ‘Wacky Races’ and the wondrous adventures of ‘Dorothy and the Wizard of Oz’ bring their own thrilling stories. Chhota Bheem and Super Bheem bring special movies in ‘Bheem Ki Super Diwali’.