Ad Stand: What if we changed the roles?

Gender roles are much deeper and are far more complex than the binary hunter-nurturer narrative. The female gender handles far more complex relationship equations, multitasks to keep multiple things running, is more adept at handling everyday pressure and is tenacious to keep life running. Even the weaker gender argument flies in the face of what women do and what all they do better than men 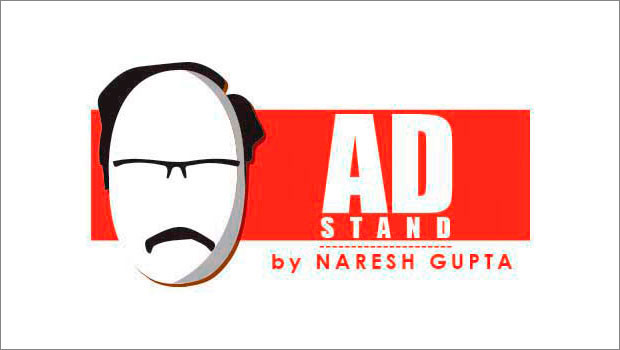 This had been a momentous week.

Yes, it was the week of Pujo, the time when large parts of the country begin the festive season by worshipping Durga, the female deity who comes home to bless the followers.

This was also the time when two women diplomats in UN took to stage to argue coherently India’s point in UN against Pakistan. Both the women diplomats were doing their jobs and they did it with the competence that the job demands and deserves.

What is striking here is that key role that women are playing now in areas where they traditionally were not known to work in.

There has been enough conversation about the roles of man and woman being different. Men as the hunter-gatherer and woman as the nurturer have always been the dominant theme. Gender superiority or inferiority has also been the themes that we have always seen being played out in pop culture.

Gender roles are much deeper than this and are far more complex than the binary hunter-nurturer narrative. If anything, the female gender handles far more complex relationship equations, multitasks to keep multiple things running, is more adept at handling everyday pressure and is tenacious to keep life running. Even the weaker gender argument flies in the face of what women do and what all they do better than men.

If that is the case, will brands find greater favourability if some of the known gender roles are played out differently?

Here are roles that I would like to see us in advertising attempting to do. Maybe these will become the new way of connecting with the audience.

Woman as keepers of finance

This is one role that we in advertising have always believed belongs to the male domain. Once in a while, we will see women in finance category playing the second fiddle, like they can push the husband to buy a certain financial product or know how to plan expenses.

For example, India is among the least insured country and the ratio of insurance between men and women is very poorly skewed. IRDA estimates that the penetration of insurance in India is mere 3.4%. So years of selling insurance by male centricity has led to a state where the insurance penetration has oscillated between 5% and 3.5%. To assume that women know little about finance or have minor say in the financial matter is incorrect. Women have a discontinuous role in family finance; she ensures that savings are maintained. She does it in her own way and also by motivating the husband by making him save money. If thrift is a role she plays with aplomb, why we as branding experts have not taken this role and made her the prime target for bank accounts, insurance policies, mutual funds, home loans and such categories.

Many years ago, HDFC Life did have a TVC where the girl buys a car for father by judiciously investing money, wonder why that remained a one-off effort.

When the auto brands have wanted to target the women consumers they have either created a sub-brand for them or created a special product for them. By and large, the women consumers have not been the mainstream consumers for auto categories. All cars and bikes are sold with males being the primary consumers. So much so that after a certain price point, the women are completely eliminated from the decision process.

Automobile brands need to look rapidly changing scenarios and make woman consumers primary consumers. The entire financing and registration data across the category hides the rising importance of women consumers in the automobile buying cycle. They buy for themselves for sure, they also buy for their spouses. They have a far better eye for detail and are looking for features that go beyond bhp and torque.

This is one change that women drivers will force upon auto brands faster than they can imagine.

Who buys a host of tech brands? Computers, handsets, sound systems, headphones have not been very gender skewed. But a lot of their appeals have been gender skewed. Cell phone brands have been gender neutral to an extent using both gender spokespersons to sell cellphones. There is Ranveer Singh and there is Deepika Padukone, both selling smartphones. Though look deeply, the male heroes sell speed, build quality and create a sense of tech superiority. The female protagonist sells selfies and vanity and how the phone clicks pictures that make them look good.

What would happen if these roles were reversed? What if women sold speed, and solidity and males sold vanity?

These are just the three categories I have looked at, but there are more where their roles need to change. Males today cook, wash clothes, and women plan holidays, go bungee jumping, start a business, and create unicorns! If brands are willing then there are hundreds of stories that they can tell to get closer to the new evolving consumers. Gender roles themselves have got very fluid, and by remaining tightly defined in their interpretation brands are losing on the big opportunity.

We need to look at our own understanding of consumers deeply. Most often we look at incremental build on what we know when we start to plan for communication. The incremental build ensures that we never look beyond the obvious gender roles. The male gender portrays both hero and the outlaw because we believe that males set societal rules.

Let's say societal rules may have been set by males; there is no guaranty that they will continue to do so. If the brands have to remain current and contemporary, they need to move beyond the mere incremental understanding of the consumers.

Tags: Ad Stand What if we changed the roles?
Advertisment
More from this section