There are a lot of lies around digital and it will get worse, says Graham Fink, CCO, Ogilvy & Mather China

An adman, a director, a multi-media artist, Graham Fink wears many hats. He talks to BestMediaInfo.com about his time in China and why we must all embrace technology 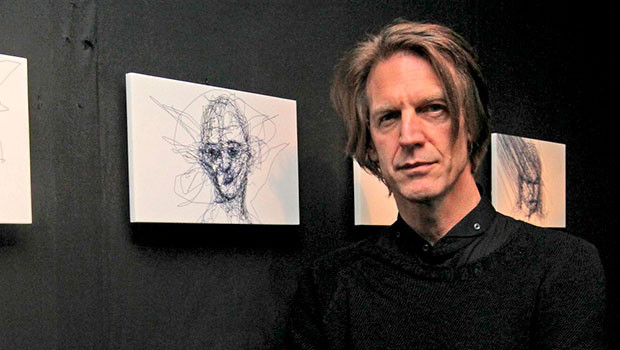 Gramham Fink’s journey from London to Shanghai is as eventful as his power-packed session at Kyoorius Designyatra 2017, on the side lines of which BestMediaInfo.com caught up with him for a tête-à-tête.

The Chief Creative Officer at Ogilvy & Mather, China, has been in the industry for 25 long years and has won many prestigious awards for many big brands. Fink has worked with a string of the best agencies in the UK such as CDP, WCRS, Saatchi’s and GGT. He joined M&C Saatchi as ECD in the year 2001 and promptly turned it into one of the most awarded agencies in London. In 2011, he moved to Shanghai to become Chief Creative Officer at Ogilvy China, where, in his very first year, he won a Grand Prix at Cannes for #CokeHands.

Fink, who became the youngest D&AD president in the year 1996, has been voted into D&AD’s Art Direction book representing the world’s top 28 Art Directors of all time. He has a BAFTA-nominated short film under his belt and has also made a record about John McCarthy, which went on to become a club hit. An accomplished multi-media artist, Fink is now mastering the art of drawing with his eyes. You heard that right!

Fink talks about his time in Shanghai, the similarities between India and China and why he believes technology is the way forward.

Where does the Asian market stand as far as the use of technology in communication and marketing is concerned?

Just think about all the people who are connected through phones. What we tend to forget is the fact that these phones are as good as any computer and it has changed the way we all work. In China, about 80 per cent of people access the internet through their phones. So, it is changing the culture and how we think. In China, there is this app called WeChat and that has to be one of the most powerful apps in the world. You can do everything on that app. In fact, I don’t use credit cards in China anymore. I use WeChat for all my shopping. It almost seems very personal, because everything is on your mobile and that is one of the things about the West. People there are very guarded, they don’t like to share their private number or even email id. But in China people are much more relaxed.

So, do you think we are still playing catch-up with the West when it comes to technology?

I think we are always playing catch-up because there are so many things going on there. We have creative technologists who are paid to keep up with all the technology. But a lot of times they cannot keep up with it because there is so much happening. Everything is growing so fast and it is going to get faster and faster and a lot of this stuff seems scary but I think it will create lots of new opportunities.

What are some of the essential things to keep in mind while using technology for creating communication?

You have to embrace it. The minute you are scared of it, you turn away from it. We must learn as much as we can about technology and see the opportunities that it presents.

Are brands today more willing to put their faith and monies on digital?

I think they are. But at the moment a lot of talk is happening around how a lot of it is a lie with talks of buying likes and bots going around and I kind of have a feeling that it is going to get worse. It is going to get easier to hide this stuff. There has to be a lot more scrutiny on how things are happening.

How different has your experience of working in China been?

What most people forget about China is that it is a very young market. They have only been allowed to advertise in the last 20 years or so. It is not nearly as sophisticated as the West and a lot of the advertising that you see is very old-fashioned. A lot of the time, they think a celebrity is the answer and they want the celebrity to talk about the product and it is very difficult to talk people out of it because sometimes it works. It mostly works very well in some of the lower tier cities.

The similarity between China and India is the fact that both the countries are very big. There are different cultures, languages and even dialects. Also, Shanghai is much more westernised than say Beijing, so what works in Shanghai may not work in Beijing. This becomes very difficult because if you are making a TV commercial, then you can’t make four different TV commercials for four different places in China. This is when you have to look at the big human truths. Even if we are different in many ways there are a few things that is true for most of us like we like going on holidays, we like meeting up with friends and sharing pictures on social media sites. Something that touches people is what is going to work and work a lot better than a celebrity telling you to buy a product.

Also, in China, people have a lot more options now. Ten years ago there were only one or two brands that people could choose from but now a lot more international brands have come into the play and everyone has more options to choose from. The younger generation is also much more independent, they have got more money, they have opinions that they are voicing through social media. So, there are a lot of difficulties and challenges but there are also great opportunities and the same is true for India as well.

Many websites and platforms that the world has access to cannot be accessed in China. Is that a challenge?

It is a challenge. I am a massive Instagramer, it is a great platform to discover new artists but it is blocked in China. But there is a VPN that connects you to platforms like Twitter, Facebook and Instagram but it definitely slows everything down.