Ching’s Secret from Capital Foods has created a range of desi Chinese masalas so that consumers can make their favourite dishes at home without compromising on the taste they’ve grown to love. Actress Sridevi plays a double role in the three TVCs conceptualised and executed by Grey group India and Yashraj Films 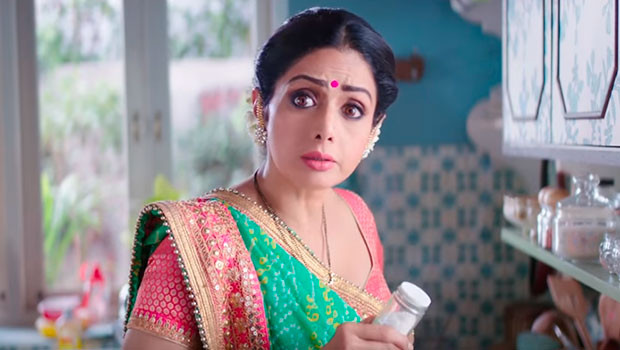 Chinese food in India bears little resemblance to the authentic cuisine of China. Indians are exposed to desi Chinese cuisine with a special robust, spicy flavour sold at street stalls and fast food joints. Yet street food Chinese has been difficult to replicate at home.

Ching’s Secret from Capital Foods has created a range of desi Chinese masalas so that consumers can prepare their favourite desi Chinese dishes such as Paneer Chilli, Schezwan Fried Rice, etc. at home without compromising on the taste they’ve grown to love. The brand has roped in actress Sridevi, who plays a double role in three different television commercials, conceptualised and executed by Grey group India and Yashraj Films.

Ajay Gupta, Managing Director at Capital Foods Limited, said, "Ching's Secret has a magical proposition of creating authentic Desi Chinese dishes to comfort the Indian palate. Sridevi with her irreverent attitude and charm is the perfect personality to collaborate with us in bringing excitement and delight at the dining table. The film plays well around using a celebrity and brand in a seamlessly integrated story platform in a true blockbuster style."

Moms are constantly under pressure to make every meal taste utterly mouth-watering. Ching's Secret goes on to show how moms are constantly searching for quick and easy family meals to bust everyday cooking stress. One of the secrets to Ching’s success is that it understands what mothers want. It has created solutions for mothers to deal with leftovers, unexpected visitors and a repertoire of quick and tasty snacks and meals for children and husbands.

Sunil Lulla, Chairman and Managing Director, Grey group India, said, “This campaign with superstar Sridevi brings in the spice with her characters she shares with mom the ways to swings it, as a super mom, Bollywood style.”

One avatar of Sridevi is cool and constant in all three films. The other roles are of tense women who are unable to make quick dishes with cool the Sridevi coming in as a saviour for them at the right time.

In the first campaign, the spot opens with the cool Sridevi narrating the Punjabi Sridevi aka Dolly Dingra’s problem. Dolly Dingra is seen cribbing about her husband’s uncle who has come from abroad and has asked her to prepare Chinese chowmein. She gets tense and thinks about ordering from a food app. In comes cool Sridevi’s solution of making chowmein with Ching’s Secret Masala and she prepares it. Dolly Dingra asks the cool Sridevi whether she has put in soya sauce wherein she replies that Ching’s Secret Masala has every ingredient to make your Chinese dish taste awesome and authentic. Then Dolly Dingra tastes the dish and both the Sridevis praise the product.

In the third campaign, the spot opens with Sridevi narrating the story of Gujarati Sridevi aka Anju Ben. Anju Ben is seen cribbing about her family that often orders food from outside due to which there are left-overs at home. She has cooked rice that will go waste. In comes the cool Sridevi’s solution of making Schezwan fried rice with the left over rice with Ching’s Secret Masala and she prepares it. Anju ben asks the cool Sridevi whether she has put salt and the cool Sridevi smiles and says Ching’s Secret Masala has every ingredient to make your Chinese dish taste awesome and authentic. Then Anju ben tastes the dish and they praise the product.