An aspiring stand-up comedian with stage fright and a lover of long format copy writing in the digital world, Priyanka Joshi is a nice mix of contradictions. She talks to BestMediaInfo.com about how she ended up in advertising and everything in between 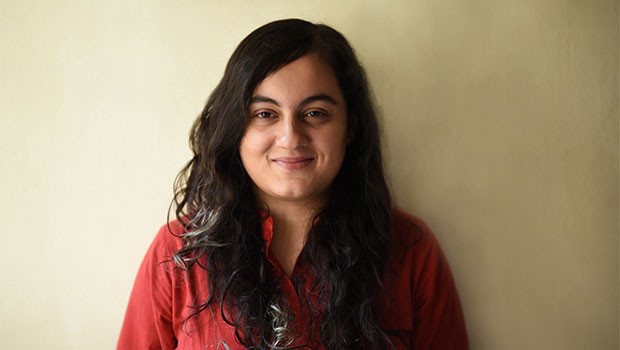 When I met Priyanka Joshi, Copy Supervisor, OgilvyOne Worldwide, she was all packed and ready to fly off to Malaysia for The Asian Federation of Advertising Association (AFAA) Fast-Track Workshop. Joshi is one of the six Indians who have qualified for the workshop but say that to the girl who was pursuing her BSc IT from Patkar College in Goregaon and she would have had a hard time believing it.

“Advertising was a complete surprise to me. I had never even considered advertising as a field. I was doing BSc IT and the one thing I knew was that I did not want to pursue a career in it.”

Confused as to what to do with her life, it was her sister, a journalist at the time, who came to her with a suggestion that would change her life.

“I used to write funny blogs at the time. My sister was the one who came to me and told me that I should look at advertising. I didn’t think too much about it and just applied to MET once I completed my BSc IT and got through.”

While pursuing her course, Joshi interned at Everest Brand Solutions and it was then that advertising as a career option looked like something she would want to pursue.

“I interned with Everest Brand Solutions for two months and it was a good experience. Until then I wasn’t sure if advertising was what I wanted to do in life. I liked it but I wasn’t sure. But once I was done with the internship I realised that advertising was definitely a field where I saw myself working.”

After her course was over, Joshi joined Twist Studio, the films division of Think WhyNot. Here, she worked mostly on corporate films, a world apart from what she had experienced during her course and during her internship.

“At Twist Studio, we weren’t working on TV or print ads. It was a completely different section of advertising, which is corporate films or internal communication. It was a very good opportunity because I got to understand how clients operate. Also, much of it was script writing and that is where I learned how to write scripts and storyboarding and a little bit of direction as well. So, overall it was a wholesome experience in film making.

Joshi spent close to a year at Twist Studio and while she enjoyed what she was doing she knew the reason she had joined advertising was writing and was itching to try her hands at long form copy writing. This is when she joined Interface.

“Interface was a completely different ballgame. There, it was mainline, so you had to do everything from print to television to internal communication to case studies to digital work. It was intense but the learning was phenomenal. I was also lucky enough to work for some global names there. I worked for brands like Oreo, Blue Star and Mahindra among others.”

After spending about two-and-a-half years at Interface, Joshi decided that it was time to get her head in the digital game and that is when she joined OgilvyOne.

“People talk a lot about Ogilvy from the outside and let me tell you that it is totally worth the hype. The best thing about Ogilvy is the people. They are not just great minds, they are great people as well. My belief in life has always been to find your tribe of people. If you find your tribe, not only do you grow professionally and personally but you also have fun while doing it and I was lucky enough to find my tribe at Ogilvy.”

Speaking about the most challenging campaign she has worked on, Joshi said, “Back in 2013 when I was with Interface, my team and I were working on a campaign for Oreo called Daily Dunks. The idea basically was about capitalising on the event happening that particular day and giving it an ‘Oreo twist’. The campaign became really popular and it had a great following. So, when it was time to end the campaign we knew that it couldn’t just fizzle out. This is when we decided to give it a spin and instead of celebrating days we thought of celebrating events happening in the lives of our fans. We made it a three-day live event. So, people would tweet or Facebook comment us about things happening in their lives and we had to think, crack an idea, write a copy and submit it instantly. We created almost 300 creatives in a span of three days. It was crazy and chaotic but it was so much fun.”

A campaign that is really close to Joshi’s heart is the #NotMusicToMyEars campaign they did for Love Matters. The campaign won a Bronze in the Radio Lions category at Cannes Lions International Festival of Creativity 2017.

“It was a huge campaign and it took a lot to get the results that we got. It was also my first Cannes and it was a great feeling but awards aside, it was fulfilling because it is close to what I believe in advertising which is creating a huge social impact. Bollywood and many other industries have been objectifying women for a very long time now and to bring in even a small change takes a lot and this campaign initiated a change like that.”

Talking about her biggest achievement so far, Joshi deviates from her advertising career and delves into her personal life.

“I have intense stage fright. On the other hand, I like humour and writing humour and I have always wanted to do stand-up comedy. One day, the opportunity came by to perform at an open mic. My initial reaction was obviously no but I decided to give it a shot. So, I wrote the whole stand-up routine and the day of the performance came by. There were quite a number of people present and I was watching all these other performers, hiding behind a pillar going over my lines. It was finally my turn and it went surprisingly well. That was the moment I was really proud of myself.”

The thing that Joshi really likes about her profession is its ability to change.

“Advertising is not stuck to a format. A few years ago, TV was everything, then social media came in and today, everything revolves around storytelling. The shift is constant and advertising will always stay current because of that. It is always exciting to see where it is headed next because it is not predictable and that is something I love about this industry.”

Joshi believes that one of her biggest strengths is the fact that she has tried her hand at various aspects of advertising.

“I have ventured into different divisions of advertising. Whether it is filmmaking, mainline or digital, I have worked in each of these divisions and I believe that helps me have a holistic understanding of things. Other than that, I love illustrations. I love drawing and painting and the fact that I have some knowledge in writing as well as visualising is, I think, a good strength to have because it helps when you are sitting with your art partner and cracking ideas.”

According to Joshi, her one weakness is the Fear Of Missing Out or FOMO.

“I have extreme FOMO. If there is an opportunity and I miss it then I get really upset over it. Although it does push me to do more by the end of it all you have way too much on your plate and before you know it you will be stretching yourself thin to do it all.”