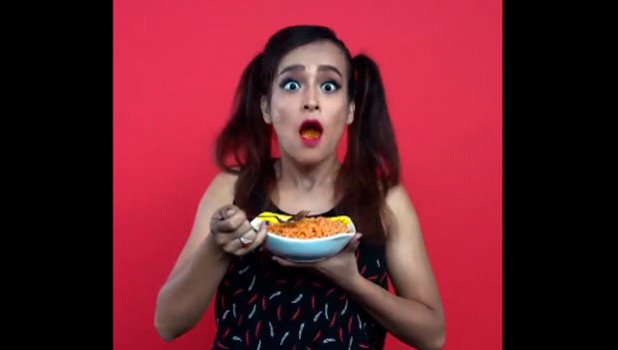 Maggi Hotheads, the spicy new variant from Maggi, was launched last year with four unique flavours – Green Chilli, Chilli Chicken, Peri Peri and BBQ Black Pepper. The brand targeted the youth who are a ‘bit eccentric’ and are willing to take risks and at the same time have a positive and playful attitude towards life.

The campaign urged consumers to break free from popular trends and display their original, unique selves. They could post on an activity that sets them apart from popular trends. The gratification lay in the fact that Maggi Hotheads made people trend on Twitter.

A highly responsive twitter campaign got the Twitter universe into frenzy. With over 13 million impressions and 28,000 hashtag mentions in just three days, Nestlé received 800 plus entries from across the country. The campaign received overall 3.1% engagement rate while the industry standard is at 2% for FMCG.

Tanmay Mohanty, Group CEO, Zenith India, says, “We are delighted to be at the forefront of this innovative and exciting campaign. #UntrendLikeHotHeads hits the mark because it is fun, quirky, engaging and resonates with the Indian youth. There is an instant connect with the Maggi Hotheads brand, also known for its distinct positioning and taste. The campaign is a resounding success. It has sparked off viral conversations, amplified brand messaging, and generated rich insights. #Untrend has significantly added to the followership and popularity of Maggi Hotheads.”

Taranjeet Singh, Country Director, Twitter India, said, “Our endeavour has always been to create enriching experiences for brands to connect with their fans on Twitter. Nestle's #UntrendLikeHotHeads is a breakthrough idea, the collaboration saw extraordinary participation on the platform and enabled Maggi to be what's happening on Twitter. We look forward to working closely to be part of more of such creative, strategic partnerships.”

Using the hashtag #UntrendLikeHotheads, a plethora of fresh and engaging content pieces emerged in three days of the activity. Zenith India made sure that the content was targeted and optimised effectively and hence delivering enriching brand experience through the platform.

Response from consumers and their real-time interactions with the brand can be viewed via the following links:

What’s the safest place to have Maggi Hotheads? #UntrendLikeHotHeads https://t.co/RjJL6nIAbg

Celebrating #Dhoni100 - the man who changed the rules of the game. #UntrendLikeHotHeads pic.twitter.com/sTdRsoh2Yw