In-depth: From trusted to busted – when brands lose consumer trust

Johnson & Johnson recently lost its fifth court case in the US, which has understandably lent a blow to the brand’s image world over. Several legacy brands from McDonald's to Volkswagen have been taken to court for selling ‘substandard’ products. How do they deal with such situations and how difficult is getting back? 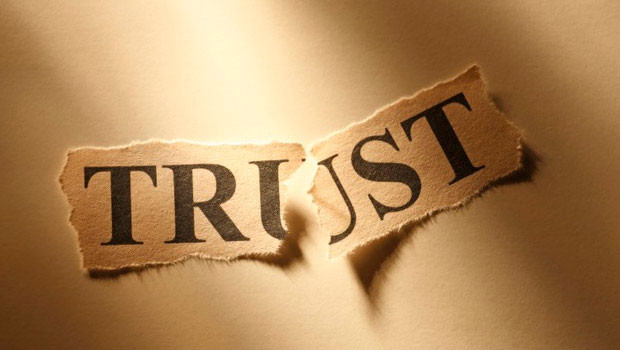 What do global Giants Volkswagen, Tata Motors, Nestle and Johnson & Johnson have in common?

All of them have lost market share in respective industries because of controversies surrounding quality issues or faulty products.

Germany-based Volkswagen lost its dominant position in Europe because of manipulating with fuel emission norms. Tata's Nano car could never pick up after a number of cars caught fire within a year of launch. Nestle fought the Maggi battle with Indian food regulators after lead above permissible limits was found in its two-minute noodles brand.

And just last week, a Los Angeles jury directed Johnson & Johnson to pay $417 million to a 62-year-old woman who has blamed the company and its talcum powder for her ovarian cancer. This is the fifth case that the baby care giant has lost. Johnson & Johnson, which faces a staggering 5,550 claims in US courts, has lost four previous cases in St Louis amounting to $300 million in all.

While J&J will appeal the verdicts, its brand image has taken quite a hit. It is not just in the US that the brand is facing a tough time. Johnson & Johnson used to enjoy a market share of about 80 per cent in the year 2008 in the baby care segment in India and today the brand holds over 50 per cent of that market. The difference is huge and this is despite the brand investing huge monies in marketing.

As per Kantar Media, the brand invested $1.12 billion in marketing in the US alone in the year 2015 and an estimated $2.5 billion globally, according to reports.

BestMediaInfo.com spoke to a few brand experts to try and understand how popular brands are impacted because of that one mistake and how do they get back on track.

Harish Bijoor, Brand-expert and Founder, Harish Bijoor Consults Inc, believes that in case of J&J, the stigma from the court cases the brand is battling in the West is the reason for its declining popularity in India.

“Stigma is strange and it has the habit of following you from shore to shore. In today's viral environment, no one is an ignorant person. Word of digital spreads faster than word of mouth! I do believe J&J has suffered an image hit with the global controversy on its talc. Bigger than the compensation payout claim is the hit on brand image, value and credibility. This has affected the brand badly in India for sure. The brand needs to undertake very quick and effective surgery on its image,” said Bijoor.

However, experts feel that trusted brands do get a second chance from consumers. "In case of Maggi, you see Nestle is back with a strong product line with different flavours. Now they're offering more value. It won't be easy to reinstate the dominant leadership it held earlier but it still is the most selling instant noodles brand," a brand consultant said. The consultant didn't wish to be named as he works with a conflicting brand.

However, the impact on brand revenue is huge because of less than expected sales and huge marketing budget to reinstate its position.

Volkswagen despite losing market share is trying to rebuild its position in Europe on the back of the strong marketing campaigns. In the campaign launched last year, post the emission scandal, the company said, “Volkswagen is more than a car, it’s a lifelong companion.”

However, all are not as lucky to make a comeback. Nano, despite being the most affordable car, could never pick up. Dhara, the edible oil brand, could never fight back.

Experts feel that the reason a few brands could not gain their share back was not because they lost people's trust entirely and did nothing to rebuild it. But also by the time they set their house in order and tried coming back, the competition in market had already intensified.

Experts point to reasons such as the growing market, intensified competition and fragmentation of the sector for the brand’s falling numbers when it comes to market share.

Talking about J&J's court cases, Vibha Desai, Director Vibha Desai Consulting, feels the court cases in the US have no bearing on the brand’s performance in the Indian market.

“I personally think that the average Indian consumer will not know about the court cases. People in India traditionally have used the ‘ghar ka nuska’ on their children but now a lot of people are not living in joint families and have moved away from their hometowns to metros. As all these factors come together, the market would have expanded. You have to understand that J&J has grown the market. Brands like Himalaya just came in and there was a market ready for them as they concentrated on the middle class and the lower middle class families. So I think the falling market share is a mix of factors like the shift from ‘ghar ka nuska’ to branded items and the market expanding rather than the US court cases,” said Desai.

Experts say that brands that have been around for generations also get confused in dealing with millennials.

Ramanujam Sridhar, brand expert and Founder, Brand-comm, said, “People today are not consulting their parents. It is therefore possible that they are finding better and cheaper products that their peer group is recommending online."

Speaking specifically about why J&J lost its market share, Sridhar said it's not only about court cases but also because its products are expensive and people have cheaper options available now.

"The biggest challenge that Johnson & Johnson usually faces is the fact that its products are generally higher priced. So, it is possible that young parents today are looking for products that are cheap but of an acceptable quality,” said Sridhar.

Sharda Agarwal, Co-founder, Sepalika, agrees that the market is far more fragmented today than what it was before. This has led to entrance of brands that have brought to the table many more propositions.

Talking about why FMCG brands now have a tough time rebuilding their brands, she said it is because of the concept of supermarkets. "Consumers get to see a variety of products on the shelf. Hence, they just don't rely on one product," she said.

Taking J&J as an example, she said, “The arrival of the whole concept of the supermarket means that consumers can now pick their brands. In the past, one of the big advantages that J&J had was the huge barriers for entry. The only way to make yourselves heard was through advertising, which is an expensive way and only established companies like J&J could afford to do it. Today, for new brands to exist in the market, you don’t need to advertise because you can be discovered by the consumer. So, the growth of retail players has helped smaller players with limited advertising budgets to introduce brands. The barriers to entry have come down and that means more brands are entering the market.”

According to Agarwal, as any market matures and grows, there will be more players staking a claim on the pie, which would in turn mean the biggest player that used to control a majority of the market will be the most affected and that is probably what is happening with J&J in India.

Tags: In-depth From trusted to busted – when brands lose consumer trust
Advertisment
More from this section