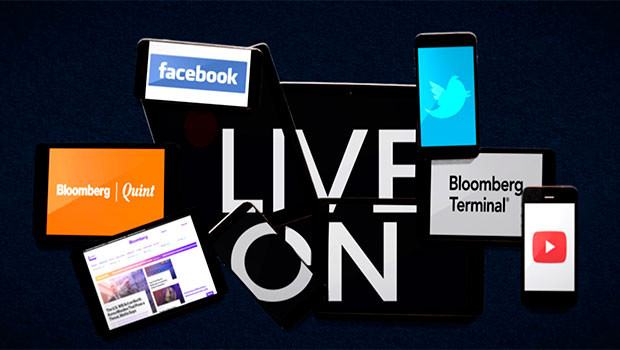 Bloomberg|Quint's digital streaming service will include comprehensive live programming on a daily basis, from global and domestic markets coverage to views from the most influential newsmakers in business and finance.  Starting with pre-market cues and news, the service will provide consumers with live insights into the markets throughout the day, culminating with perspectives and analysis in the evening. The live streaming service is now available on www.bloombergquint.com and top social platforms, and pending regulatory approvals, will debut on leading cable and DTH platforms.

"We set out to create India's premier digitally-led multi-platform media company, so the launch of Bloomberg|Quint's live streaming video content on our website is a step in achieving this," said Justin B. Smith, Bloomberg Media Group CEO. "As global investors' interest in India continues to grow, we look forward to extending our reach to bring high quality news programs on India to the global community, and international news to India's increasingly digital audience."

Raghav Bahl, founder of Quintillion Media, added, "Over the last few months, we have combined the best of Bloomberg and Quintillion Media to create what we think is the gold standard in news programming for India. Consumers can look forward to compelling video content on key India market developments and top business news and views, which they can watch in the office, at home or on the go on their mobile phones."

Bloomberg|Quint reaches more than 2 million monthly users across its on-site and partner platforms. During Budget 2017, Bloomberg|Quint delivered over 50 million in reach, including 15 million video views and more than 25k shares on social media, ahead of several legacy players in the space. It was recently rated as the most viewed business news brand on Facebook amongst new-age publishers. (Source: Vidooly, Facebook Video Report, June 2017)