Why is it so difficult to revive the afternoon primetime on Hindi GECs? In all the instances of the past, what has failed – the content or the slot? Is monetisation the main challenge? Are advertisers not recognising the slot or the audience not attracted to it anymore because of changing lifestyle? 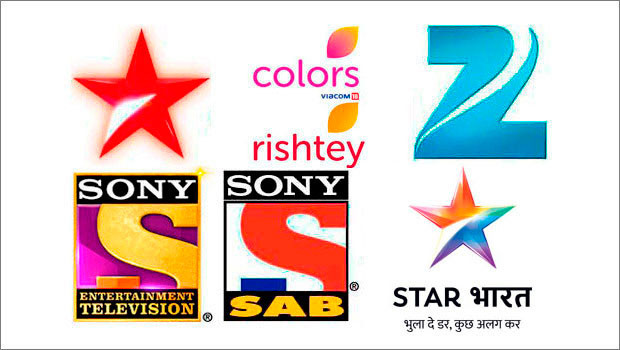 There was a time when the best of Indian television was slotted in the afternoon hours. Classics such as Shanti, Ek Mahal Ho Sapnon Ka, Swabhimaan, Itihaas and Tara entertained the audience during the lazy afternoon hours.

But over the years as the lifestyle of people, especially in urban areas, became more hectic and housewives started going out for regular jobs, television channels took a note of this and shifted the main dose of entertainment to the late evening and night hours.

But this change hasn't been very recent. To make up for the afternoon slot, channels started stretching the prime time. The evening primetime that was restricted to 9.30-10pm earlier was stretched to 10.30pm in 2008 and was further pushed to 11pm in recent times.

And while everyone was busy catching the audience during the evening primetime, the afternoon primetime was lost in time.

This is not the only time band that slipped into slumber. The Mahabharata timeband of Sunday 11am, the Chandrakanta timeband on Sunday and many more such slots of DD days have been tried for revival and have met with some success.

What killed the afternoon slot?

The quality of programming during the afternoon prime has been erratic since the late ’90s as channels have shied away from making huge investments and resources have been diverted towards the more stable night hours.

But there have been multiple attempts at reviving the afternoon slot – Sony tried with Ghar Ek Mandir in 2000 and succeeded. Then again, it launched shows such as Kutumb, Kuchh Jhuki Palkein and Dhadkan around 2001 and also tasted success.

Zee TV revived the slot in 2007 and had its share of success with Gharana, its 2001 afternoon show. Zee tried its woman’s magazine on television, Zee Woman, which occupied the 12.30-3 pm band in 2014. Around the same time, the newer channels then (but now dead) such as 9X and NDTV Imagine launched afternoon shows that worked to some extent.

Colors, which launched around the same time, decided to focus on strengthening their evening primetime before getting into the alternative primetime. Around 2009-10, Colors had launched original content in the afternoon time band, bringing shows like Saanjhi Dopahar, Agnipareeksha Jeevan Ki-Ganga and Aise Na Karo Vida.

Star Plus, at the same time, tried to bring Phool Kamal Ke, Shraddha and Star Vivah and continued its fresh programming in these slots till 2008 with shows like Kumkum (one of the longest-running shows), Karam Apna Apna, Hamari Devrani and Bhabhi.

Star Plus is the only GEC that is currently running fresh shows in the afternoon hours since April 3. Unfortunately, the channel is bringing curtains down on its property ‘Star Dopahar’ on September 30, reportedly due to low ratings.

Why is it so difficult to revive the afternoon primetime on Hindi GECs? In all the instances of the past, what has failed – the content or the slot? Is monetisation the main challenge? Are advertisers not recognising the slot or the audience not attracted to it anymore?

How the new millennium changed the TV viewing habits?

“Audience behaviour has changed and that’s the bare fact of it all. Even the Mahabharata time slot has never been revived. The behaviour and mindset of the audience in 1982 and now is poles apart. We can’t expect today’s audience to change their habits for a certain television programme. Smartphones have changed things all the more,” explained Dinesh Rathore of Madison.

And now with dedicated apps, the relevance of slots has come down further.

The Sunday 11am Mahabharata slot was given to Satyameva Jayate in 2012 and though it got some traction, but the viewership was reportedly not even close to what Mahabharata had.

As of now, each of these GECs has close to four hours of original programming, on an average. To fill in the 24-hour cycle, there must be at least four to five repeats of the same content. But, it still works. A lot of media experts agree that the evening shows are expensive content and hence, maximum utilisation is the only way out for the broadcasters.

“Instead of taking a chance and putting expensive hard earned content on unpredictable time slots, it is always better to innovate and experiment in the main primetime slots,” said a broadcaster.

During this time, the viewership for Colors, Zee TV and Sony for the same slot has seen gradual increase in all three data sets. This clearly indicates that the viewership for the reruns of evening shows is much better than that of fresh content in the afternoon slot. Why should viewers have such discrimination?

“Repeats work on the odd-time-bands because there is a loyal viewership for a certain show and they know which programme is repeated when, just in case they miss the original run. Though, in Star Plus’ case, I am not sure whether it was the content that failed or the slot,” added Rathore.

As competition in the Hindi GEC game has increased, the players are busy getting their evening prime time strengthened. “It is difficult to focus on alternative time bands, when the evening prime time is only an issue. There are parallel channels such as &TV, Star Bharat and SAB, which are creating competition with increased budgets. Ultimately, the ad rates that we get for the afternoons is about 30-40 per cent of what we get during the evening bands,” said a broadcaster on condition of anonymity.

With so much competition, it is obvious that a viewer can’t catch up on all the content being served parallel to him/her. This is where the repeats work the best, because the popularity of the show is built by the evening band but viewership is garnered across. On an average, the afternoon band repeats generate close to 35 per cent of a channel’s total viewership, as per a media observer.

Neel Kamal Sharma, COO, Buying, Madison World, said, “Many viewers catch their favourite programmes in their afternoon time “my time”. It could possibly be due to “my time” versus “family viewing time” in primetime, hence choices of programmes could vary.”

He further added, “Traditionally, repeat content with no additional programming cost is a great opportunity to monetise while additional investment for fresh content has not offered incremental or disproportionate advantage in the afternoon time band.”

Indeed true it is. It is only the evening primetime, which is sold on premium or on show-specific rates. The rest of the fixed point chart (FPC) is sold completely on the run-of-the-day-part (RODP) basis, which means selling on a flat rate. In such a scenario how often will the advertiser look at different time bands with a different lens?

“We only look at the evening primetime on Hindi GECs, especially because of our brand Dollar BigBoss. But for our recently launched legging brand, we are using regular slots for that on the GECs. If we have to target women in the afternoon, the entertainment shows on news genre is a better option for us, said Vidyut Nath, Head of Marketing, Dollar Industries.

In a third party view of advertisers’ approach, Sharma added, “In fact some have tried to pre-pone their time band of original programming in primetime, which at times has paid off in past but not consistently. Advertisers will pay when they get eyeballs and new eyeballs will always be more attractive but it is a big challenge for broadcasters. That’s why broadcaster will have to keep trying to explore newer opportunities till they succeed.”