This Ganeshotsav, Lokmat takes unique initiatives for one and all

Starting with a thought-provoking film Me Bappa Boltoy, it also has a web series called Lalbaugh chi Jatra and ‘Ti’cha Ganapati to promote gender equality and women empowerment 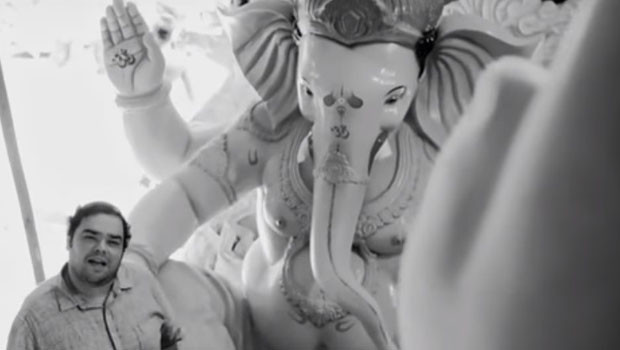 Lokmat, a popular newspaper in Maharashtra and Goa, will celebrate the auspicious Ganapati festival with a series of unique initiatives for an emotional bonding with readers across age groups.
An interesting short film titled #MeBappaBoltoy has been launched on all social and digital media platforms by Lokmat.

This film tends to evoke respect and tries to look into another version of the celebrations from Bappa’s point of view. It has a different approach to the festival. Shot across various localities in Mumbai, the film captures Bappa’s journey across all the festival initiations that one goes through. It tends to address the fundamental question – in this hullabaloo, are we getting distanced from God himself? Through this film, the viewer is made to reflect on some things that may have distanced us from God. It is supported with a poem in Marathi which depicts the exact feelings of this man – who apparently is Lord Ganesha, in his contemporary and commonest form. Enacted by actor Ameya Husanwadekar, it is conceptualised by writer and filmmaker Amol Jadhav. The film is produced by Krishna Kotian of MAD Studios.

#Lalbaugchi Jatra is a web series or behind-the-scenes of iconic Lalbaug Moorthi. Conceptualised by Agency09, digital agency of Lokmat, this web series is a talk series between Marathi actor Chaitanya Chandratare and Santosh Ratnakar Kambli, sculptor of Lalbaugcha Raja’. The web series will have six episodes which can be viewed on Lokmat.com, Lokmat youtube and Lokmat facebook and will release each day starting August 25 at 9 am. The web episode will be showcasing the history behind Lalbaugcha Raja, the role of Kambli family who sculpted Labaugcha Raja since inception and how it became popular as a series to help younger generation know more behind-the-scenes and tales untold. Santosh Ratnakar Kamble of Kambli Arts is third generation sculptor. Santosh joined the business in 2002 and he also creates miniature idols that are replicas of Lalbaughcha Raja for common people. He is taking the legacy of Kambli Arts forward which is headed by his father Ratnakar Madhusudan Kamble.

‘Ti’cha Ganpati will have series of events across various locations in the state talking about women empowerment and gender equality. It invites women to completely manage a Ganpati Mandal. In Pune as a special case, this event lends its extension to propagate safety of women though a midnight bike rally and in other locations as Aurangabad, Beed and Sangli, it creates various workshops for women to completely front end the Ganpati worship utsav. On one of the days on August 27, Pune wishes to create a record between 7-8pm, requesting every Ganpati puja to have a woman do the aarti irrespective of mandal or home puja. The aim behind this initiative is to create first-of-its-kind social message.

Shalini Gupta, Vice-President, Brand & Communication, Lokmat Media Pvt Limited, said, “As a brand which is rooted within traditions of Maharashtra, it gives us pleasure to recreate the magic of the festival through unique content which is thought-provoking yet presented in a new way. Today content is media agnostic, therefore we are happy to foray into a new content area despite being known as a print media. As a leader in the category we believe in going where the consumer is. And during festivals, engagement and share-ability is highest. This shows our flexibility, innovation and opportunity connected with Brand Lokmat. We wish all our readers and viewers Happy Ganeshutsav and are thankful to them for their support all these years.”