SPN to premiere ‘Sachin: A Billion Dreams’ this Independence Day 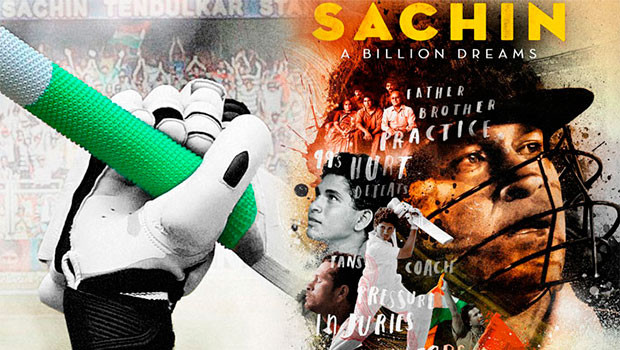 This Independence Day, Sony Pictures Networks (SPN) will simulcast the film ‘Sachin: A Billion Dreams’– the inspirational tale of India’s sports icon, Sachin Tendulkar. In an endeavour to truly go beyond the ordinary, the film will be a multi-lingual telecast across seven channels of the network in five different languages so that viewers can connect with the film in their preferred language. Hitting airwaves on August 15 at 8 pm, viewers can watch the film on Sony Max and Sony Max HD in Hindi, Tamil and Telugu, Sony Max2 in Marathi, Sony Pix, Sony Pix HD, Sony Six and Sony Six HD in English.

Reaching out to over 700 million viewers in India, SPN will strike an emotional chord with fans of SPN’s Ambassador for Sports, Sachin Tendulkar.

Directed by Emmy-nominated British filmmaker James Erskine and produced by Ravi Bhagchandka, this is a biographical film that captures Tendulkar's cricket and personal life in substantial detail, as well as reveals few aspects of his life that have never been heard of or seen before. The movie features real footage, including clips from his matches and interviews with colleagues and family and present day stars, including Virat Kohli and Mahendra Singh Dhoni. The biopic also marks the acting debut of the master blaster.

Sachin Tendulkar, the man himself, said, “The viewers have lived every moment of my 24 years on the field with me but no one knew what was going on in my head. They might know my scores and recall every ball but this movie will help them get inside my brain and know what I was feeling during the lows and highs. The movie will reveal my relationship with my family and also give the fans a glimpse into my personal life through my real-life family footages.”