Unlike most people who just happen to advertising, Sharma chose this field after much deliberation. He tells us about his time in advertising and why he wouldn’t have survived anywhere else 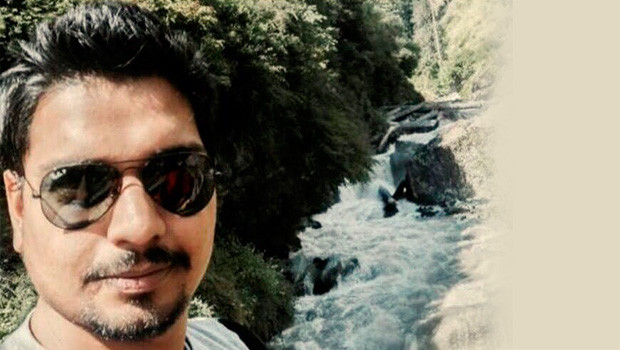 Each time I meet different people for this column, they tell me many different and interesting stories. But what has always been a constant is how each of them unexpectedly landed in advertising. So I was pleasantly surprised when Amit Sharma, Client Servicing Director, L&K Saatchi & Saatchi, narrated how he ended up in this field.

“I am from Delhi University and I remember I was in my second year when I started looking at every profession as a possible future career option. That is when I stumbled upon advertising and found it very interesting. Then I did my post-graduation in mass communication and after that I started working in advertising. So, you see, it was a completely calculated decision. Usually people just happen to advertising but I planned to be here.”

Sharma started his career in advertising with a small time agency called UCP Direct where he worked for a year. From there Sharma moved to Ogilvy Delhi.

“I was working with Ogilvy One and was handling Vodafone. I was there for around three-and-a-half-years. From joining there as a senior account executive and then going on to lead the entire North India business for Vodafone, it was an interesting journey. It was a completely different experience from what I had at UCP. Ogilvy in that sense never felt like an organisation to me, even today it feels like an institution where you go and learn things.”

From Ogilvy, he moved on to L&K Saatchi & Saatchi and has been with the organisation for six years now. Of these six years, Sharma spent the first four at L&K Delhi.

“My main clients in L&K Delhi were Dabur Honitus and Kent RO. My experience with UCP and Ogilvy was more integrated and more direct. It was more activation or experience-led because it was not mainline work that I was doing there. When I moved to L&K, it was a complete mainline profile and what they gave me was the scale. I learned a lot while working on Kent because it was basically a start-up and since we have a close relationship with that client, I got to work on Kent more like a marketing person. With Dabur, there was a problem that Benadryl is the market leader and we closed the gap between number one and two and created a different personality for the brand.”

Mumbai, according to Sharma, is a whole different ball-game. Here is works on Hero and Skybags.

Sharma considers himself an average guy but the one knack that he believes that he has always had throughout is looking at problems and trying to solve them.

“There are obviously many people trying to solve it the same way but it makes all the difference if you can add your own spin to it and that is what I think has helped me connect with advertising.”

Speaking about one of the most challenging campaigns that he has worked on so far Sharma said, “There was a campaign that we pulled off for Hero last Diwali. We precisely had three days to deliver five films. Everything happened on the move as far as the work is concerned. But the thing I learned during that time was that how a team can come together and deliver something that was seemingly impossible. It was complete mayhem for those three days but at the end of it there was this sense of accomplishment.”

Sharma also cherishes the work he has done for Kent and the rapport he had with the client. So closely he worked with the brand that when he was moving from Delhi, the client did not want him to leave.

“It definitely felt nice. When you are working on something and the last guy in the organisation appreciates your work that is a good feeling.”

As someone who hates everything that is structured, Sharma enjoys the madness that his profession brings in his life.

According to Sharma, his biggest weakness is that he is bad at negotiations and he considers the fact that he works with a lot of ownership one of his strengths.

An automobile enthusiast, Sharma likes to ride and be on the go when not working.

“I have taken quite a few rides when I was in Delhi. Here I haven’t been able to do much but I still try to take some time out and head out. My idea of getting out is not meeting more people what I am looking for is some peace of mind.”

So, if not advertising then what?

“It would still have to do something with technology. I am very interested in technology because our lives have seen a complete shift in the last five years. Digital is really changing the way that people live. So, I would really like to be in that space and do something with big data.”