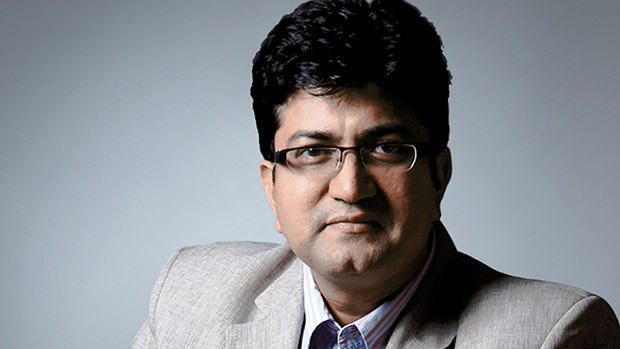 Prasoon Joshi, lyricist, and CEO of McCann World group India and Chairman (Asia Pacific), has replaced Pahalaj Nihalani as the chairman of Central Board of Film Certification (CBFC).

Joshi has been appointed for three years, until further orders. The step was taken by the newly appointed Minister of Information and Broadcasting Smriti Irani, who is being lauded for the decision on the social media. Nihalani was known to be notorious for too much censorship on movies. He was in limelight for the ban of Lipstick Under My Burqah, Udta Punjab and many others.

As announced by the Ministry of Information and Broadcasting in its official statement said, “In exercise of the powers conferred by sub-section (1) of section 3 of the Cinematograph Act, 1952 (37 of 1952) read with rule 3 of the Cinematograph (Certification) Rules, 1983, the Central Government is pleased to appoint Prasoon Joshi as Chairperson of the Central Board of Film Certification in an honorary capacity from August 11, 2017 for a period of three years or until further orders, whichever is earlier.”

As per media reports, Nihalani was sacked from his post as the chairman of the CBFC, in the evening of August 11.