How brands reached out to consumers this Independence Day

Freedom has a different meaning for different people in independent India. Here are a few campaigns and initiatives taken up by some brands to celebrate Independence Day in a different way 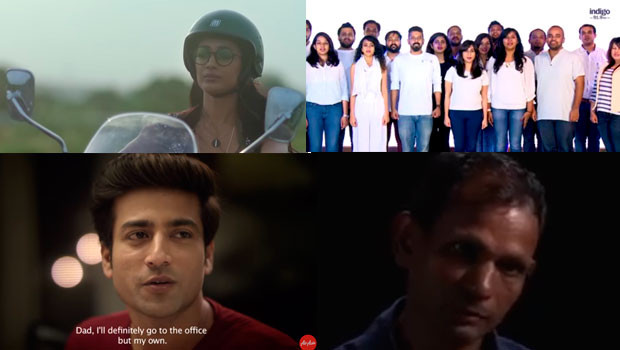 Independence Day evokes feelings of patriotism and nationalism in all of us. Brands never let go off any occasions to speak to their consumers and Independence Day is no different. Here are a few campaigns and initiatives by some brands to commemorate 70 years of India’s Independence.

One India Foundation (a not for profit organisation committed to bring about social change through design and innovation) released a video which is a rendition of Vande Mataram and the film is conceptualised by Creativeland Asia. The PM retweeted it as well and the video has been well received so far.

As the nation celebrated our freedom on August 15, Fever 104 FM decided to provide a platform for those who are still bound by guilt. The #FreedomFromGuilt campaign features ex-prisoners of Tihar Jail expressing regret for their crimes and gives them an avenue to express their inner thoughts, their burden of guilt, for the first time, on air. This programme is supported by an extensive social media campaign and was aired on August 15 on Fever 104 FM in Delhi on Pyar Ka Punchanama with RJ Rahul Makin and in Mumbai on Nana Chi Tang with RJ Sidhu.

In designing this campaign, Fever 104 FM and Ogilvy were supported by Tihar Jail and the NGOs, The India Vision Foundation and Siddhartha Vashishta Charitable Trust, to approach those who had completed their jail terms and give them this unique radio platform.

Indigo 91.9 played A Capella rendition of our National Anthem. Curated by some of the finest musicians in the city, the tune played on-air on August 15. A video was shared on their social media handles, as listeners shared their support and love. Indigo 91.9 also thanked and paid rich tributes to the brave men and women in our armed forces – Indian Army, Indian Navy and Indian Air Force – who protect Hindustan Humara.

AirAsia India’s Independence Day digital campaign has its brand promise ‘Now Everyone Can Fly’. #DareToDream as a theme is depicted in an engaging film which is being aired across the brand’s social media platforms – Facebook and YouTube.

Through this campaign, AirAsia India reiterates its culture of celebrating individuality and not be bound by stereotypes. The film follows the struggles of a young entrepreneur, who decides to follow his entrepreneurial dreams, as against joining his father’s business. It goes on to show how he succeeds in his venture, despite the struggle and hardship that comes with the choice that he made. Focused on establishing itself as an airline of choice, AirAsia India presents a modern-day scenario of today’s youth, one who believes in their dreams and aspires to make them come true. The campaign is conceptualised by Circus Elephants. As a part of the Independence Day campaign, AirAsia India is also running an interesting contest on its Facebook page. The contest, in line with the #DareToDream theme, will provide entrepreneurs, who have taken risks and achieved their dreams, a platform to narrate their stories to the world.

Bisleri International employees united to help the less privileged of the nation by donating biscuit packets with the help of the NGO Robin Hood Army. Bisleri employees contributed around 80,000 biscuit packets and handed over to Robin Hood Army volunteers across all regions. The NGO distributed it to the under privileged citizens of our country on Independence Day. Bisleri wanted to address this common enemy, ‘Hunger’. The reason behind donating biscuit packets specifically is because biscuits are not only rich in nutrition but also have a longer shelf life and are easy to transport in bulk.

As a brand that stands for freedom and liberation, Bajaj Avenger launched its Independence Day campaign #RideYourIndependence to express its take on why freedom matters to women and in a way they feel right. Earlier, the company has had campaigns like #RideDon’tHide that urged people to declare their wealth openly for the good of the country or #PledgeToConnect that coaxed people to connect with themselves and not their devices. Conceptualised by Mullen Lintas Mumbai, #RideYourIndependence unravels the journey of a female protagonist and what ‘being free’ really means to her. Whether it is about being friends with whoever she wants or the ability to express herself the way she wants or even the freedom to wear whatever she wants and also go wherever she wants, including at any odd hours of the day without being judged or questioned, a woman should be left to make her own choices. That’s when ‘being independent’ will have a real meaning of its own.

Jabong collaborated with singer and actor Diljit Dosanjh for a music video titled “Tujhse na zyada koi tu hai”. The video, which is powered by Hummel, captures the spirit of Jabong’s brand philosophy of “Be You” and urges people to imbibe the spirit of freedom and encourages them to be the best versions of themselves. The video, which has already garnered nearly three million views on social media, has been directed by Abhishek De and the music has been composed by Diljit.

The music video is supported by a marketing campaign and will be promoted across leading music channels such as Channel V and ETC Punjabi and leading cinema halls such as PVR in Delhi, Chandigarh, Mohali and Ludhiana, digital platforms such as Gaana and Hungama and leading radio stations such as Radio Mirchi, Hit FM, My FM and Ishq FM.

All the brands aim to paint social media with patriotism and pride by immersing people into the depths of the country’s struggle in achieving freedom and showcasing the growth achieved right after. FruitBowl covers various aspects of the nation’s journey after freedom, from the everlasting presence of farmers to the prevalent diversity in cultures, celebrating together as one nation through its brands.

They also honour the people of the nation who worked towards our freedom and those who continue to work towards the holistic development of the country. Ultimately, it celebrates us, and our immense combined potential to make India an unstoppable force.

Truebil, a curated and authentic virtual marketplace for pre-owned cars, has decided to salute the unconditional efforts of the common man through a video featuring the valiant men and women as a token of appreciation. For the background score of the video, Truebil has recreated the national anthem with purely vehicle sounds. The video features taxi drivers, rickshaw pullers, vendors, fireman and police officers. The background score is a recreation of the national anthem with a unique mix of authentic street sounds.

Truebil's in-house creative team went out on the streets of Mumbai, Bangalore and Delhi, and captured all those unsung heroes, who play a significant role in our daily lives, be it while travelling for work or leisure. Our lives run smoother because of their selfless services. The footage of around six hours of raw footage was captured and blended with national anthem to create an exceptional 1.44-minute video that is a beautiful mix of harmony and patriotism.