A Twitter thread offers brands a great opportunity to do sequential story-telling, either at one go, or over a period of time, writes Karthik Srinivasan, National Lead, Social@Ogilvy 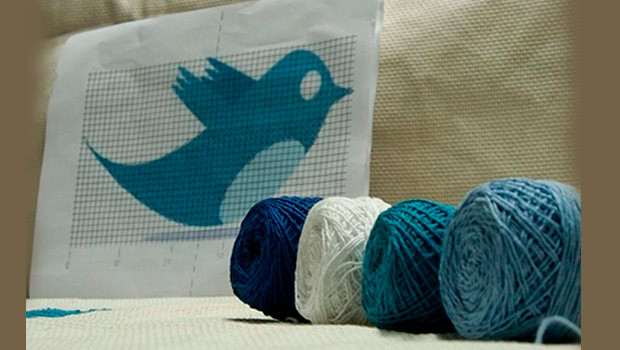 You are in your office/school/college, amidst friends.

You joke about the ruling party.

Someone in the group gets offended and offers the inevitable, ‘But what about X?’.

You clumsily say, ‘But I have joked about X too!’.

Twitter threads are the anti-thesis of the scenario above in that they obliterate face-value; in the above example, it was the face-value of your last joke. And the context from the jokes before it that add a new dimension to your sense of humour and sense of political affiliation!

So, what you get is a LOT more than what you see.

It started with the name ‘tweetstorm’ and even had some tools to help you tweetstorm easily. People added “1/” or “1/10”, “1/n” to help audiences decipher the nature of threads, but now, after Twitter’s helpful grey lines connecting tweets replied to each other, those appendages seem less useful.

It’s a fascinating form unlike any other in the history of human communication. If that sounded bombastic, here are some reasons.

Spoken words go up in the air unless one bothers to record everything and makes them available in an easy-to-search database. Written words don’t go up in the air, of course, but there’s an active effort needed to find them (Google, for instance).

A Twitter thread is entirely unique because it contains all the thoughts written in a linear format! It is literally, ‘I said this. I also said this. And hey, I also said that. And that one too!’

This historical context layered (literally) on top of the last uttered thought is a form that has never been available to us unless you look at a blog post with comments below (a threaded comment). But even with that comparison, Twitter does better than a threaded comment in that it does all this in the vehicle where the person has his/her most dedicated readership – you can’t be holding on to a web page (where the threaded comments reside) day after day in the hope that something new will be added.

But on Twitter, you simply add your thought on top of a tweet that is even 100 days old and you offer it logical consistency even after so many days! So, you don’t need to subscribe to multiple web pages to get an update; you simply stay where you are (on the Twitter platform) and regardless of the time gap between two thoughts (from a person), you can still get the new one, along with the earlier ones right above it!

The other fascinating aspect of a Twitter thread is that it asks the reader to be actively engaged with the content! However minor it may seem, you, as a reader, still need to scroll up or down to see the context of the thread. It’s all right there and the effort is negligible (in that it doesn’t take you out of the Twitter experience; unlike adding a sentence with a link that demands you click it, move out of the Twitter experience). The simplicity is elegant and an assortment of thought blurbs connected by grey lines is such a clever conceit for ‘connecting the dots’!

Evolution of a thought over a period of time

Even beyond mere connecting the dots, the way people are using the Twitter thread offers a fascinating glimpse of human thought process. Many threads offer a view into the evolution of a person’s thought process over a period of time. It is almost like a daily diary entry where each tweet is a page worth of thought and you go back in time by scrolling up!

Build on your thoughts, from time to time, or all at once

Another aspect to consider – you can either tweet a thread all at one go (a long thread of thoughts that you had at that point in time), or you can build on it from time to time, every time searching for the last tweet in the thread and replying to that one. The effort is a lot more in the case of the latter – you need to search your own thread and build on it every time you want to say something within that context, but from the readers’ point of view, it adds to the fantastic UX. You as the author of that stream of thoughts are doing a disservice to your own continuing set of thoughts if you do not thread them together.

All this while I have been referring to a Twitter thread from the perspective of just one user, but the possibilities open up massively when you consider the fact that anybody can participate and build the thread, collaboratively!

Twitter threads clinically record and connect all these back to the source – that is, your original claim, so all the words uttered by all involved remain on record and are connected and interlinked!

Twitter threads allow anyone on Twitter to respond to a tweet and a thread begins to take shape with multiple contributors. Even more fascinating is the possibility that each response can branch out into a separate thread, from the same source (original tweet). It is not very different from a multi-threaded comments stream (like the one that is very popular on Reddit), but for the fact that Twitter threads offer a lot more flexibility in branching out in so many directions, considering every single tweet or response can be ‘liked’ or responded to further, or even quoted for another person to add context of his/her own!

More than all this, two absolutely fascinating facets make Twitter threads so very different from any other – immediacy and permanence!

Immediacy and permanence of a continuing evolution of thoughts

Immediacy, because Twitter is a real-time social media channel. In many threads, you literally see the responses being appended to one tweet in real-time – they materialise in front of your eyes!

Permanence, because Twitter still doesn’t have an edit button. If you delete the source tweet, the thread vanishes!

And since Twitter allows one to add video and images in each tweet, threads become enormously more useful! In fact, if each page of a book is scanned and tweeted one page at a time, that thread becomes the book! An e-book unlike any other – a tweet-book, if you may!

I really cannot think of any other human communication format that is as unique as a Twitter thread. The platform, its immediacy, its collaborative mechanism and its possibilities seem bewildering wide and open to me! And I’m glad they are being used in so many different ways!

A Twitter thread offers brands a great opportunity to do sequential story-telling, either at one go, or over a period of time.

Any series of tweets from brands could fit in this scheme – for instance, most brands tweet a topical message on specific days of the year (New year, Pongal, Republic Day, Holi, etc.). If they post each topical tweet as part of the thread, starting with New Year's tweet, then it helps the brand's audiences see what the brand has done in context earlier too!

Similarly, if the brand stands for a cause (for instance, Tata Tea and Jaago Re), all tweets in this regard, posted any time of the month/year can be posted as replies to the first tweet about the cause. This helps readers connect the complete effort of the brand.

If you have had a limited experience of Twitter threads, here are some to start with. I’m sure there are a lot more – do add them in the comments for others (and myself) to discover and enjoy!

@ChuckWendig yo, can you help me out

Let me tell you a story of Bumbai/Bombay/Mumbai that Bollywood never will.

Link me to an essay you re-read often, and which has changed you. Here's mine: https://t.co/wFrPH38MLM

Thread of stories that gave me chills, enjoy

1. Hello, United Kingdom, it’s the United States of America here, and we need to talk.

1/ I…I…I taught a mini-course on writing for economists this week and I’m just…tweeting it out (in abridged form, ~50 tweets) pic.twitter.com/iJju19jlgs

What's a movie most people think is great but you believe to be to trash? I'll start: The Departed

(Karthik Srinivasan is a communications professional with over 17 years of experience across client and agency environments, having led PR, digital and social media mandates. He currently heads the social media practice at Ogilvy & Mather India. An avid blogger, Karthik manages two music-related blogs (http://www.itwofs.com and http://www.milliblog.com) and a third one, on the intersection of PR, marketing and all things social+digital, http://www.beastoftraal.com.)