Playing on the Hindi phrase ‘Haathi mat paalo’, the film captures how Dominar has the features of expensive bikes such as power, agility and control. The campaign conceptualised by Ogilvy&Mather Mumbai attempts to break the notion that biking is fun only with luxury bikes 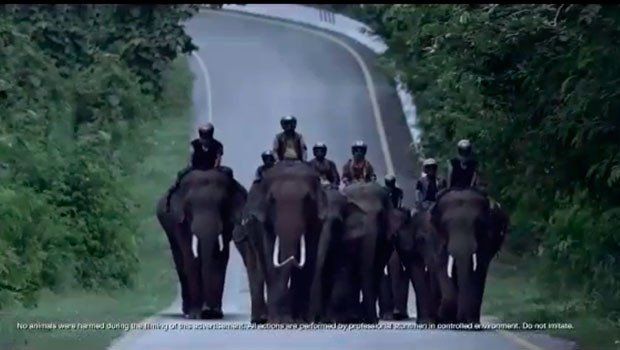 Trying to make a mark in the two-wheeler motorcycle category, Bajaj’s Dominar in its recent campaign takes a dig at the luxury segment bikes by pointing out at their high-maintenance cost. Playing on the Hindi phrase, ‘Haathi mat paalo’, the ad film tries to capture how Dominar has all the features that any expensive bike promises.

In its new campaign conceptualised by Ogilvy&Mather Mumbai, Dominar highlights the features of the bike like power, agility and control. The film attempts to break the traditional notion that biking is fun only with luxurious bikes. The one-minute ad film depicts Dominar's riding features coupled with loads of style and power that make the old look too boring.

Sumeet Narang, VP Marketing, Bajaj Auto, said, “Long distance and leisure touring does not have to be devoid of modern motorcycling technology and performance. Dominar 400 identifies this glaring need gap and offers an athletic option, which takes touring to a new level, not experienced by most riders in India. The brand task is to establish this form positioning and provoke answer to a question – what’s size without performance?”

Probably that’s why Bajaj decided to position it differently from the existing classifications of commuter, sports, adventure and cruiser. The brand is being promoted for Hyper Riding.

Sukesh Nayak, CCO, Ogilvy West (India), said, “‘Hathi mat palo’ is a phrase we often use to define being stuck with something that is dated and heavy on the pocket. Our big idea is based around this thought. We used the phrase to create a powerful execution that is designed to provoke the big motorcycle riders stuck with dated technology.”

The campaign apart from the TVC consists of a whole bunch of outdoor, and digital initiatives. So India, go hyper riding.