Like its previous communications, there is a hint of progressive thought in the ad where the simple act of an elderly man fasting for his wife on Teej is an inspiration to reinterpret traditions. The campaign has been designed and conceptualised by Lowe Lintas 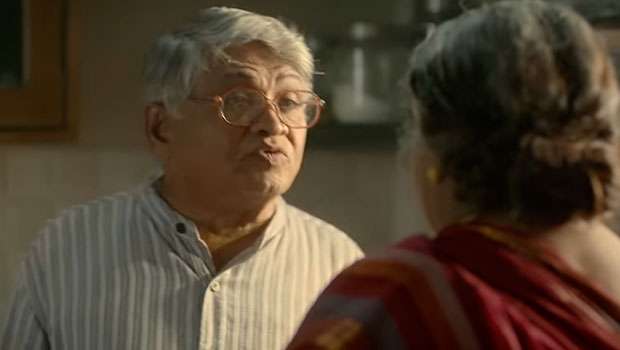 Apart from rain, monsoon also brings along with it various occasions to celebrate, especially for women. One of such festival rooted in tradition is Teej, which is celebrated across various states in India and in Nepal. Women fast for the long life of their life partners. To celebrate this festival of love, Tanishq, the jewellery brand from Titan Industries, has introduced an exclusive collection, ‘Shringar’. It has rolled out an ad film with a twist where the husband fasts for his wife.

Through the campaign, the brand tries to portray how during festivals like Teej people should express their love for each other. The brand aims to depict that it is the preferred choice of gifting across any age, tradition or festival.

Designed and conceptualised by Lowe Lintas, the film opens up with an elderly wife preparing delicacies for the festival. Her husband enters the kitchen when the wife offers him juice and guesses that his wife is on fast. The two of them discuss as they are growing old, there is no need to fast as they have seen all. Then he returns the juice and tells her even he is fasting and gifts a pair of bangles of the Shringar collection. He tells her ‘Get ready to grow old with me’ and the lady smiles. Tanishq beautifully captures the endearing moment between the lovely old couple whose relationship has truly evolved over time.

Talking about the brief on the campaign, Rajesh Ramaswamy, Executive Director, Lowe Lintas, said, “Tanishq has always been progressive in their communication and the Teej film is no different. The simple act of an elderly man defying tradition and fasting for his wife is an inspiration to reinterpret traditions for modern times. While Tanishq is India's largest jeweller, in smaller markets like UP and Bihar, we are not as relevant. Teej happened to be a festival that we wanted to talk about to make our presence felt in these markets.”

Speaking about the film, Deepika Tewari, General Manager, Marketing, Jewellery Division, Titan Company Limited, added, “With India being such a diverse market, we agreed that it was time to talk to our customers on a more personal level by showcasing local festivals like Teej. This film shows how relationships have evolved and beautifully captures the celebration and love that Teej is all about.”

Earlier, Tanishq has not done campaigns with an old couple. The brand usually features young people. Ramaswamy explains the reason, “The idea for this came solely from the nature of the festival. During Teej, women fast 24 hours for the long life of husbands. But while she does this for him, no caring husband enjoys seeing his wife fast. We felt that this unspoken love on either end was highlighted even more between an older couple. Because it showed them going out of their way to do things that weren't required to do.”

Further, Tewari said, “The old sometimes surprise you how they adapt. After so many years of marriage the old man telling his wife that he will fast for her shows real commitment in the journey of the relationship.”

Will it be impactful?

The TVC has been launched particularly to address people who celebrate the festival. The brand is expecting to get a good response from the audience as it is based on a basic human emotion.

Adding to this, Ramaswamy, shared, “The proposition of 'Mil ke manaiye pyar ka tyohar' is a very progressive thing for Tanishq to communicate to change perceptions that it's just up to the woman to observe Teej. We are sure it would impact people.”

Speaking about the challenges, Ramaswamy, shared, “Teej typically happens during the rainy season and we were shooting on an overcast day. We thought it would create a nice mood for the film if it rained, but it just remained overcast all day. Then we carried our camera outside for the last shot, where we would be looking into the house, and that's when it started raining and it didn't stop for an hour.”

This is the not the first time when Tanishq has come up with a separate range of jewellery for women. Its collection ranges from Mirayah, Inara, Zuhur, Iva and Divyam to Mia. The brand has always tried to reach out to each and every subdivision of its target audience.

When asked about what is Shringar, Tewari, added, “Teej is all about Shringar and that’s why we have come up with a new range exclusively for Teej. The collection will remain in the market.”

Tanishq has done some of the good ad campaigns such as ‘Jewels of Royalty’, ‘Celebrate with Colours’, ‘Valentine’s Day’, 'Second Marriage' and many more. Tanishq has emerged as a heavy advertiser in the jewellery category that regularly communicates with its audiences around positioning, discounts, festivals, new ranges and other events throughout the year. 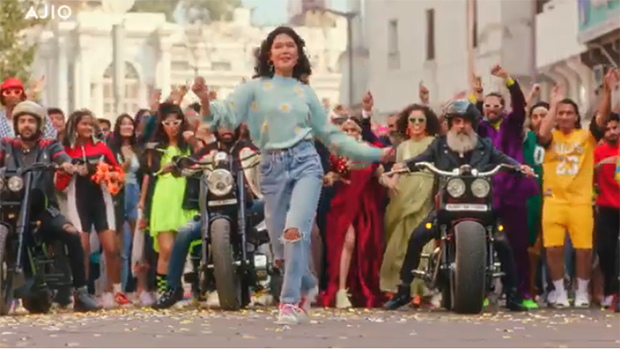