Conceptualised by Underdog, the three-minute video urges married women to give their 100 per cent in whatever they do in life 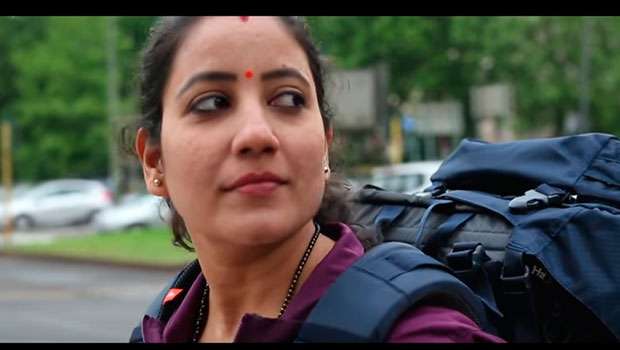 The idea of a woman travelling on a solo fun trip, leaving her family and children at home, is still a difficult step for many. The sudden desire to pack the bags, take a break from the regular household work and freely roam around the world is not as easy as it sounds.

Taking this idea further, Riso, a physically refined 100% rice bran oil, has rolled out its latest campaign to challenge the stereotype mentality of people. Through his video, the brand aims to urge women to give their 100 per cent in whatever they are doing.

The three-minute video features the story of a married girl enjoying at France, Italy and Switzerland. The digital video has been conceptualised by Underdog and is directed by Ram Subramanian.

Speaking about the video, Vinay Chawla, CEO, Business, Kamani Foods, said, “Riso stands for living life to the fullest and ‘Live 100/100’ encapsulates this brand message. The creatives were modelled on the raw and simple moments of everyday life. We felt this simple story of a woman breaking the routine and living life as she desired to, made this message real and relatable. The video is about different experiences, gradually making her realise that being 100/100 in every little moment is what makes life meaningful.”

Speaking about the brief, Vistasp Hodiwala, Co-Founder and CCO, Underdog, said, “The campaign started with a series of outdoor, radio spots and print ads and after seeing its success, the agency decided to go ahead with a digital film to make it a bigger statement. We collaborated with Ram and gave shape to the idea. There was a lot of back and forth, but the client backed us all the way as they were always on the same page with us.”

In 2013, the brand roped in Raveena Tandon as its brand ambassador and preferred the traditional kind of advertising. This time around, the brand, through its campaign, made a brave attempt where they have not used a usual kitchen setup to reach the consumers by speaking about the functional aspect of the product but to connect with them through more engaging topic.

The film sends out a very strong message for every married woman, which is in line with the philosophy of the brand, ‘Live 100/100’.

Speaking about the promotion, Chawla, added, “The brand manifesto, i.e. the Live 100/100 philosophy, has been driven actively across digital, outdoor and radio over the past weeks and this video is an extension. While our mall/on ground activations made people experience being 100/100, we also did a radio campaign of how people sound when they are not 100/100.”

Speaking about the idea behind this concept, Hodiwala, added, “The brand’s philosophy is ‘Live 100/100’ for 100 per cent pure oil and we thought of imbibing this in our ad films by promoting the concept of ‘Whatever you do in life, give your 100 per cent. During the initial days, the campaign was more like the general campaign and not particularly for women.”

“After we conceptualised the film, we consciously thought that maybe we should look at consumer inner sight in a more evolved way. We got in touch with director Ram Subramanian where we collectively formed the story. Basically, a solo woman traveling is one of those things which you think of but never end up doing and that is when the empathy factor came in,” adds Hodiwala.

By using the concept of coming out of the product-centric territories, the brand has plans to empathise the consumer rights. Coming up with somewhat similar ideas, the new ad resembles to Bollywood movies like Queen and English Vinglish.

Hodiwala said, “A lot of popular culture runs side by side in whatever you do but it never influences an idea. You are living through popular culture in any case and I don’t think there is any direct connection between that.”

It’s not like whatever one thinks regarding the script comes as it is in the film. For the first time, the brand has come up with this initiative, and popularising this concept was a big challenge for the team.

“We are happy with the output in the way it has come out. I don’t think we should have asked for more,” concluded Hodiwala

Since its release on July 13, 2017, the film has clocked around 5.6 million views on Voice of Ram’s Facebook page.