Working for an ad agency after college was a dream come true situation for Shiyan. All praise for Hakuhodo Percept where he has learnt the nitty-gritties of advertising, he takes us through his journey in advertising and his love for painting and traveling 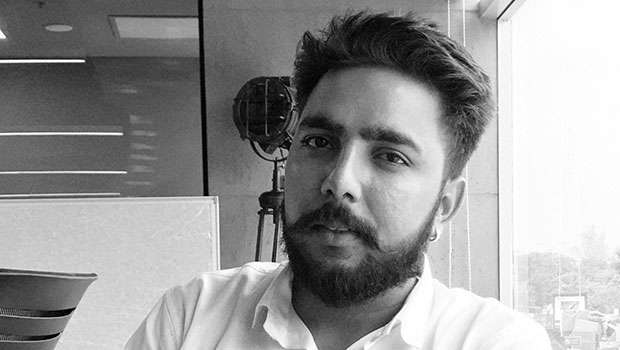 Sunny Shiyan, Art Director, Hakuhodo Percept, always wanted to work in an ad agency. This dream of his came true when he joined Ogilvy & Mather in 2013, straight out of art school. The Delhi College of Art alumnus says he owes much to O&M and credits the agency for making him a better Art Director.

“After college, I joined Ogilvy & Mather and the experience there was fabulous. I learned a lot of things there. My time there enhanced my ability to ideate and it has also made me a better Art Director.”

Currently working at Hakuhodo, Shiyan has been with the agency for three years now and says his time there has been rewarding and exciting.

Shiyan is all praise for his employer, “Hakuhodo Percept has a perfect work culture that doesn't ever compromise on quality. My time here has been rewarding and exciting. From learning to actually executing, everything I have been doing has been because of this agency. That's why three years seem to have gone by so quickly.”

At Hakuhodo, Shiyan has worked for brands such as Alcis, a sportswear brand, Sony, Ciaz, Times of India, NEXA and True Value, to name a few. Shiyan has also been nominated as Hakuhodo Star Performer for his works in the agency. “We have such talented people here and being shortlisted from such a group is really a blessing,” shares Shiyan.

He specially mentioned NEXA, “Working for NEXA has been the most fun because we changed the way people perceived Maruti Suzuki.”

Shiyan shares about his most challenging assignment, the Sony Bravia pitch. Talking about the pitch, Shiyan says, “We were up against really good agencies and it was really exciting for the team to deliver the ideas and to shine out.”

Ideation, according to Shiyan, is his biggest strength and he agrees that deadlines scare him. “My biggest strength is thinking of insight-driven ideas that can also be visually enthralling and as far as weakness is concerned, although I won’t call it my weakness, deadlines are my biggest fear,” shares Shiyan.

Talking about the ‘Touch the Pickle’ campaign by Whisper, Shiyan says that he likes the idea of being able to effect the change through advertising. He shares his wish to do something like this which could bring a change in the stereotype mentality of the people.

“Earlier women didn’t talk about periods but now they have started to open up and there is a change of mindset among people. If I can ever do anything like this, it will be a big achievement for me,” adds Shiyan.

When asked about the hold of advertising in future, Shiyan says, “The future is very promising and the industry has started believing in helping society as a whole. And the changing behaviour will enhance the world in general.

Shiyan, who loves to paint, equates advertising to creating art and thereby answers why he loves what he does.

“I love advertising because it entails thinking of new ideas every day and working on insights that strike the right chord with the audience. It is like working on a painting,” said Shiyan.

So, what would he have been doing if not advertising?

“I think I would have been an artist and developed my skills as a painter,” says Shiyan.