Though he started out as Assistant Manager Search, Thakker was always fond of planning and today he handles seven brands, two of which are Isobar’s biggest accounts. Thakker talks to us about how he ended up in advertising and much more 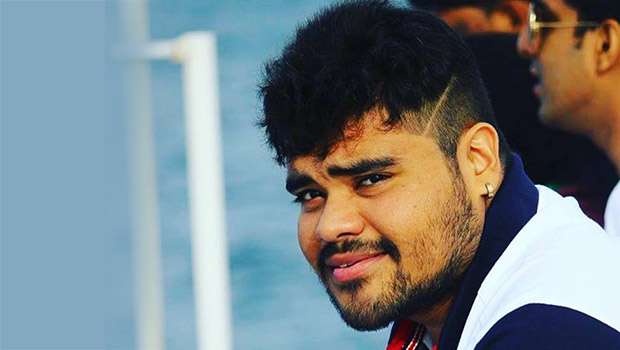 Rushabh Thakker, Assistant Media Manager, Isobar, landed up in the field of advertising owing to a friend and a conversation he had with this friend about his career of choice.

“To be very honest even I don’t know exactly how I landed here. But I think it all started with me being friends with one of the planners at Dentsu Aegis Network. He was my batchmate and we were just talking about what he does and he started talking about media and how media planning works. While he was speaking, I realised that what he did was amazing and I wanted to work in the same space.”

But before he took up his current job at Isobar, a graduate of MBA from MET, Thakker had given an interview at SMG Convonix.

Thakker began his career at Isobar as Assistant Manager Search but today he handles seven brands.

“My journey here at Isobar has been fascinating. I started off from a completely different profile. I was taken in as Assistant Manager Search. So, basically, I was supposed to handle all SEM campaigns for brands like Acer and Burberry. But that did not really interest me a lot and I was always behind my bosses to let me try my hands at planning. Then after about four months I was given the opportunity to work in planning.”

One-and-a-half years later, not only is Thakker handling seven brands but he is also handling the biggest accounts of Isobar, which are of remittance and automobiles, primarily. Ceat Tyres, Mahindra First Choice, Times Of Money, Total Lubricants and Mattel Toys are few of the brands he’s handled.

Speaking about the project that he has really enjoyed for Thakker said, “We were working on a BFSI led pitch and one of my seniors was not in the country and my other senior was out of town. I, my VP and the creative team had made the entire pitch plan. Every team has a person that supports that team and I was acting as the support for my entire team at that point of time. Then we went and pitched the idea and it was my first time doing a pitch and all the decision makers of the brand were present and it went incredibly well.”

Thakker believes that the most challenging project that he has ever worked on is Total Lubricants.

For Thakker, his biggest achievement so far is how much he has grown.

“When I started, I started off as one part of the entire system, which is search, and I was just doing the execution bit but today I plan for search. So, I believe the fact that I went from just execution to actually planning in the time that I did is my greatest achievement.”

Hard work, persuasiveness and the fact that he can get along with almost anybody is, according to Thakker, a few of his strengths. Never being satisfied with the final result and thinking a little too much about work is what he thinks his shortcomings are.

When not working and thinking about work, Thakker likes to swim and take rides where he can listen to music.

“I love swimming. It is something that calms me down and also something that helps me feel like a child again. I also love listening to loud music while driving my car. My commute is 70 kilometres a day but I love that drive. I believe music and swimming is what keeps me sane and away from stress.”

If not advertising then what?

“I think I would have been a race car driver. Not Formula 1 but maybe something like World Rally Championship (WRC).”