Always good at arts, Rajam had set out to become an artist but then advertising happened and he couldn’t have been happier about this detour in his path 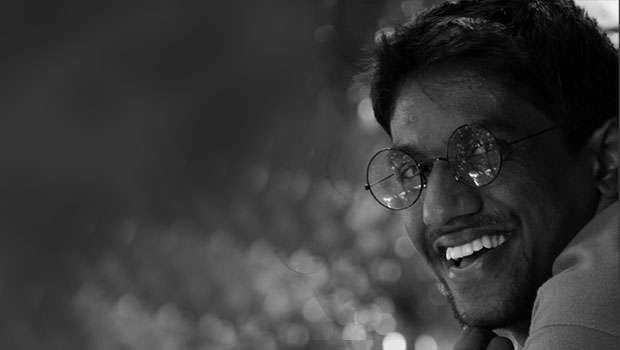 Unlike most Indian parents, Mithun Rajam’s parents were okay with him pursuing a career in the arts field. Good at drawing and painting, Rajam was always the one picked to draw and write on blackboards when at school.

“When I finished my standard 10th examination, there were a lot of other family members who wanted me to take up science because I had scored well but my parents told me if I wanted to pursue arts then I should take up commerce, continue to draw for two years and then see what I wanted to do after that,” said Rajam.

And that is exactly what Rajam did. He pursued commerce for two years after which he did a foundation course from Model School of Art in Dadar and then joined Raheja School of Art for a diploma course.

“To begin with, honestly, I did not have much idea about advertising. I set out with the intention of becoming an artist. But while doing the foundation course I came to know that there is something called advertising where you work for people. I found the idea of finding a solution for a problem very interesting. When you do a painting, you do it for yourself and even if some of what you create doesn’t get sold you can still believe that you created it and therefore it is great. But in advertising you have to solve the problem and you can’t afford to not make it good because lakhs of people will be seeing your work and that is what I found challenging and interesting.”

After college, Rajam did an internship with Lowe Lintas and then he joined Creativeland Asia as their Young Creative Partner.

After about three years with Creativeland Asia, Rajam packed his bags and set out on a trek in the Himalayas. For three months he was working as a freelancer until finally joining Taproot Dentsu.

“I have always wanted to work with Paddy (Santosh Padhi). Even during college I had my sights on Taproot Dentsu but my portfolio was very advertising centric and back then Taproot was into heavy art direction and illustrations. I knew I did not have the kind of portfolio that would get me into Taproot so I never even tried to meet Paddy. But after I quit Creativeland Asia I got a call from Paddy, saying that he had seen my work and would like to meet me. Just meeting Paddy was a great experience. When I met him I told him that I was freelancing and that I would like to continue working as a freelancer because it gave me the freedom to pick up my bags and leave for a trek if I wanted to. Paddy was very understanding and even guided me on how to go about freelancing.”

When Rajam left after the meeting he hadn’t made up his mind to join Taproot Dentsu. It was only a week later after much pondering and deliberation that Rajam realised that he wanted to take up Paddy’s offer.

Rajam believes that one of the things that has really worked in his favour is the fact that he met a lot of right people at the right time throughout his career.

“I went to Creativeland Asia for Vikram sir but I also met Sanket Avlani there. I had the opportunity to work with Anu Joseph there. As a human being, as a creative person and as a guide, Anu is one of the best people I have ever met. Now, I am working with Paddy. So, I think I met a lot of right people at the right time in my life.”

Rajam has had his work shortlisted for Spikes Asia quite a number of times. Taking us through how he went about sending in his first application Rajam said, “When I joined CLA in 2013, I did not know anything about awards. All my seniors were very excited about Young Spikes so I and my junior on a whim opened the website and decided to apply too. The deadline to send in your entries was 12 and we were doing this at three in the morning. So, my junior wrote a very cute letter to the Times Group head saying we were busy working and therefore couldn’t send in our entry on time. Surprisingly we got a mail back saying it was okay. It was the very first time we were applying and our work got shortlisted too. For approximately two to three years in a row our entry got shortlisted.”

Although he hasn’t won a metal yet, Rajam says the experience has been great.

“I have observed this a lot that Art Directors are mostly not the presenters but my shortlist gave me an opportunity to present in front of people like Paddy and Abhijit Avasthi and that has been a great learning experience.”

Rajam believes that his biggest strength is the fact that he is a team player and his biggest weakness is his presentation skill.

“I want to improve my presentation skills. Language is a barrier for me but I am working on it and I am getting better at it.”

An avid trekker and a lover of classical music, Rajam detests sitting at home and is always on lookout for a classical concert or his next trekking destination to spend his free time.

When asked what he would have been doing, if he wasn’t in advertising, Rajam simply says, “I haven’t given it much thought. So, I think I would have carried on with my commerce course and would have been working as an accountant somewhere.”