Music and comedy enthusiasts gear up for a live platform from the FM network, bringing the two art forms together, across six cities in India 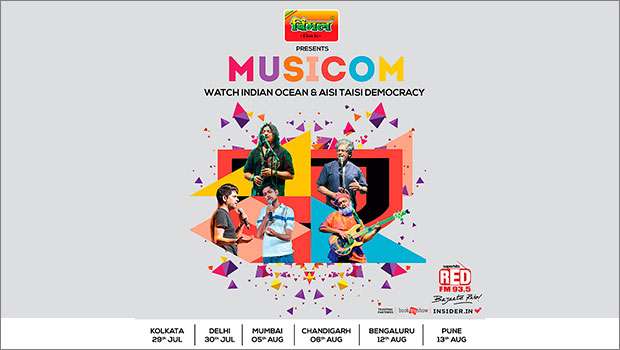 Red FM, the FM network, announced the dates for its new IP ‘Musicom’. This format will give the audience a taste of their favourite musicians combined with the humour factor provided by comedians. Music band Indian Ocean and rising stars of satirical humour Aisi Taisi Democracy will kick-start in this new initiative.

The event will take place on July 29 at Nazrul Manch in Kolkata; July 30 at Siri Fort in Delhi; August 5 at Rangsharda in Mumbai; August 6 at Law Audi in Chandigarh; August 12 at St. John’s Auditorium in Bangalore; August 13 at Mahatma Phule Sanskrutik Bhavan in Pune. The tickets are priced from Rs 750-1500. The tickets for all the six cities are live on Bookmyshow and Insider.in.

Commenting on the announcement, Nisha Narayanan, Red FM COO said, “We are very excited to bring this format of live music and stand-up comedy together under our IP ‘MusiCom’. Music and Comedy go hand in hand where entertainment is concerned. Under Red Live, which is our on-ground property, we aim to be closer to our audience. We have challenged content and experimented with different formats. I am personally a fan of Indian Ocean and just like Aisi Taisi Democracy, ours is also a satirical brand. It made perfect sense to kick-start MusiCom with these artists. Like we always say, let’s ‘Bajaate Raho!’ Look forward to seeing you all at the events across all six cities.”

Laughs and melodies go hand in hand when it comes to holistic entertainment, and Red FM will be bringing this magical combination to life with this newly conceived initiative MusiCom 2017.