Singh speaks to BestMediaInfo.com about the CSR initiative #SapneHueBade that showcases how much the brand cares about educating the girl child and their dreams 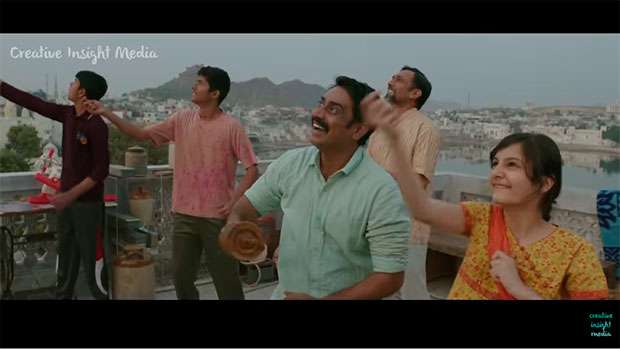 It’s difficult to have missed Samsung India’s latest campaign on empowering a girl child. The ad film opens with a father eagerly waiting to hear the news of a son’s birth, but he has to welcome a daughter. The girl still goes on to become an engineer, enlightening her whole village with her father's support.

As a part of its CSR initiative, Samsung India has come up with this ad campaign, #SapneHueBade, to show how the brand cares for the dreams of the girls in India. The campaign crafted by Cheil India shows the life of a girl Seema Nagar, from a small village in Rajasthan, who pursues her training at Samsung Technical School in ITI, Jaipur. She chases her dreams and becomes an inspiration to many.

Speaking about the Samsung Technical School, Ranjivjit Singh, CMO, Samsung India, said, “Samsung Technical School is a part of Samsung Citizenship Initiative which was started in 2013. Today, we have 22 such centres across India and we have done this in collaboration with the Ministry of Micro, Small and Medium Enterprises and Department of Technical Education in various states. So far, these schools have trained over 2,000 youths and helped them in getting a job. Around 70 per cent of students have got jobs while the remaining 30 per cent have set up their own service centres or have become technicians. 45 per cent of the 70 per cent have worked with Samsung service centres. This is a part of Samsung ‘Make for India initiative’ and it aligns and contributes towards Government of India mission.”

Set up in the rural backdrop, the ad film is screaming to break stereotypes and make an impact on the mindset, especially in villages. Singh added, “India is continuously changing and there is growing awareness about the equal rights of women. Still there are patriarchal value systems that continue to drive Indian society and it happens in both rural and urban areas. This campaign is set in a direction to spread awareness and eventually break the social stereotype. The film showcases how Samsung cares for the dreams of girls in India and that’s the central thought for us. It revolves around the real life story of Seema Nagar, a girl who lives in a small village near Jaipur and after finishing her school is now working at a Samsung Service Centre in Jaipur and has a dream of opening a service centre at her village. We received great response from the audience. We got over 80 million views on Youtube and the video was viewed by 24 million times by females. We are thrilled by the tremendous response.”

Samsung has been in India for decades now. The technical education initiative of the company was not really spoken about much in their communication, till now.

Singh said, “The Government of India’s vision is to make the country a global manufacturing hub and there is big need for talented manpower. We have been doing it from quite some time and have named it as ‘Make For India’. Since 1995, the year we came to India, we have been fully entrenched in the work. We have been working on this since 2013 along with the help of different departments. We have been a very active player in imparting technical schools to the youth. With this initiative, we are looking at how we can empower a girl child and extend it even further by giving them equal opportunity to contribute towards their families and society in a much larger way.”

If one takes a closer look at the advertising campaigns released by Samsung since its entry in India, the company initially relied more on ad films featuring foreign models. It was very late that the brand started using Indian faces to communicate their brand messaging. After talking about the features and USPs of their products, the company is talking in an emotional language in last two campaigns.

Remember the ad where the brand spoke about the servicing of Samsung electronics. Is this a sudden shift?

Singh said, “Since we are inspired by Indian consumers, we also use the integrated approach to create product and innovations for them. For example in our Galaxy J7 model, we have ‘ultra-data saving mode’ because India is a totally prepaid market and we want to convey consumers in a way that they would relate. For such ads, we need to approach Indians and that’s why it has Indian faces and models as it helps in creating a very strong connection and a brand love. Talking about our global flagship, Samsung Galaxy S8, we opt for global ads because the insight is universal. The infinity display offered by the product is the global insight and for that we need not to make an Indian ad to communicate it.”

So, has the shift really helped the brand to come closer to the Indian culture?

Singh stated, “We have covered the real life story of a girl and this is not the only story, there are many other stories as well where people got the opportunity to know their capabilities and realised that apart from the adverse circumstances they are no less than anyone. It has impacted the girl and their parents as well. The comments that have come on Youtube are fantastic in terms of how heart-warming they felt after viewing the campaign. Somewhere I think people related with this issue very strongly as it is a human story based on real life and said in an emotional way.”

There is also a shift from the products and services features storyline to the emotional routes. Is there any specific strategic reason?

Singh explained, “We want people in India to feel proud to own the Samsung brand and we try to do that by making long-lasting relationships. We have never talked about the stories earlier but now when we do, we find that people are even getting closer to the brand with the kind of good work which Samsung is doing. It’s not just advertising, it’s about telling real life stories where people appreciate the authenticity.”