Den pulls plug on Discovery’s 11 channels from its platform 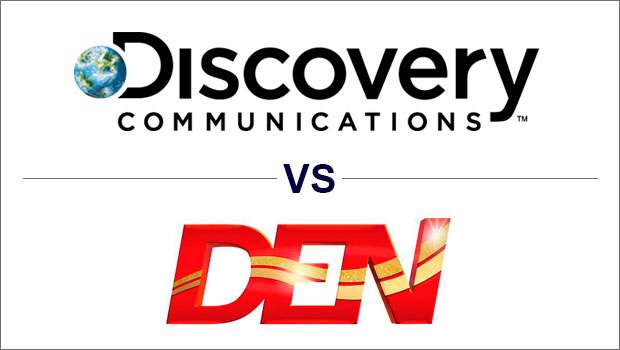 On July 23, Discovery Communications released an advertisement titled ‘Know Your Rights’ in a national daily, telling their viewers that Den has stopped Discovery’s 11 channels from Den Networks, one of the largest multi-system operators in the country.

The advertisement issued by the broadcaster mentioned that according to the Telecom Regulatory Authority of India’s (TRAI) Quality of Services (QOS) regulation, customers could insist on a discount of up to Rs 111 per month from Den Networks for unavailability of its bouquet of 11 channels from packages in which they were served earlier to customers.

At the heart of the matter is the TRAI Standards of QoS regulations 2012, which clearly state that if channels are unavailable from a package, the customer is entitled to claim a discount equal to the sum of the a la carte rates of the channels removed.

Tussles between the broadcasters and cable operators/ MSOs are as old as the private television channels. But in all such discrepancies and petty fights over coverage and money, customers have to bear the loss of channels periodically, with no compensation, mostly at the hands of MSOs.

With customers being called upon to exercise their rights in this manner, it will be interesting to see the position taken by the Telecom Disputes Settlement and Appellate Tribunal (TDSAT) if the matter reaches the courts, which it may well do. In this case, if the TDSAT concurs, then the MSO (Den Networks) may end up coughing out hefty fees to the tune of over Rs 100 to over 10 million customers, which is over Rs 100 crore, for deficiency in adhering to the QoS rules.

An eminent lawyer on condition of anonymity, said, “The quality of service regulations of 2012 clearly stipulates that the MSO needs to give a discount of ala carte rate of the channel which has been discontinued. Although, MSO has an option of not giving the discount if the MSO first offers an alternative channel in place of the discontinued channel subject to the alternative channel being of the same genre and language as the discontinued channel and the offer being accepted by individual subscriber.”

On July 26, 2017, Den released an advertisement without naming Discovery in national dailies offering customers alternative channels in place of Discovery Networks’ channels at no extra cost.

A spokesman for Discovery refused to comment, saying the matter was sub-judice while Den representative could not be reached by the time of filing of this report.