In an exclusive interview with BestMediaInfo.com, the Padma Awardee and Executive Chairman and Creative Director of Ogilvy South Asia talks straight about the recent restructuring, his plans for the agency, falling profit margins of agencies and many other issues related to the industry 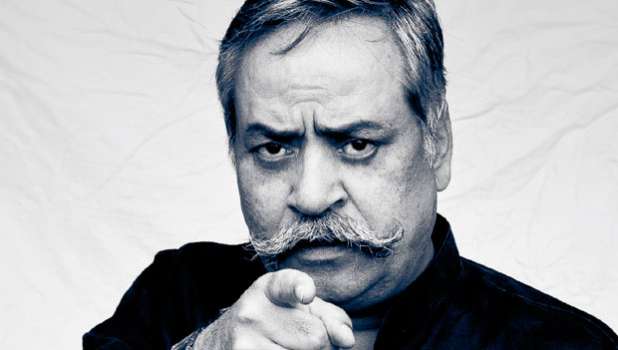 Those who have grown in the ’80s and ’90s must remember some of the best creations on Doordarshan and early private television era such as ‘Mile Sur Mera Tumhara’, ‘Kuchh Khaas Hai Zindagi Mein’, ‘Purab Se Surya Uga’ and ‘Dum Laga Ke Haisha’. The creative genius behind all of these masterpieces is none other than Padma Awardee Piyush Pandey, Executive Chairman and Creative Director, Ogilvy South Asia. He is also the man behind the communication success of BJP campaigns for the general elections 2014.

Ogilvy India was full of action last week with major restructuring, including the return of Sonal Dabral as Vice-Chairman and Chief Creative Officer, exit of Rajiv Rao, National Creative Director, and elevations across the agency offices. While Ogilvy India is still settling with the new structure, BestMediaInfo.com caught up with the ad guru to talk about the agency’s plans, its performance and issues concerning the industry at large. Edited excerpts:

With Sumanto Chattopadhyay named as CCO and Chairman of Soho Square, what are the plans? Is it aimed at enabling both Ogilvy and Soho Square to pitch for competing clients?

We are all dependent on what the clients are open to. It’s a two-way relationship and we have to respect that. Yes, we have Soho Square that handles other businesses but we keep it separate. Soho and Ogilvy pitch separately and they can pitch for competing clients. It is a completely different entity with different setup and people.

Soho has been in business for quite a long time and we did BJP’s campaign under Soho. It is time to give it more strength with a dedicated leadership in Sumanto.

If we are discussing pressure on big agencies, you can imagine pressure on small agencies

Is giving recognition the only objective for these elevations?

It is not just about recognition but about giving larger responsibilities to them. The elevations are not freebies that I’m distributing but these are responsibilities that are being given to them so that collectively we can become a bigger and better company.

With this restructuring, you have introduced the Chief Creative Officer positions across offices. Any particular reason behind the new designations?

We have redefined the positions. I don’t want a scenario where five people are sitting in one office and everyone is called National Creative Director.

It’s all about understanding, negotiation and managing your businesses properly, while making efforts to increase profitability

Your two commanders, Abhijit Avasthi and Rajiv Rao, have moved on from the agency. Even if Dabral is back to shoulder you, how would your clients react, especially Cadbury and Vodafone which have been associated with them for a long time?

They know that whatever I bring to them will be good for them. And Sonal is not new to Cadbury as their biggest campaign ‘Kuchh Khas hai’ was done by him and me. Sonal is an international figure and everyone knows that he has been my partner in the transition of Cadbury between 1993-94 and thereafter.

Now that you have brought in Dabral as your deputy, people have started thinking about your retirement.

They are not thinking, they are hoping but they will have no such luck. I’m here to give them grief for a very long time.

You need an idea to solve the marketing problem. How can anyone separate ideas from solutions?

Globally, agencies have been under pressure of decreasing profit margins for quite a long time. So much so that Publicis decided to stay away from events for a year. Even WPP sent half of its people compared to last year.

To my mind it’s nothing but prioritising. Whether I agree or disagree with Arthur Sadoun (CEO and Chairman, Publicis Groupe), I respect the fact that he has got a plan. He says he has an opportunity for doing something good for the network and hence he is diverting funds; not saving money. Now whether Sir Martin Sorrell (Founder and CEO, WPP) believes the same way or not is not important but he will have his own priority.

Should an investment be dependent on the cost of another investment which is celebrating people and work?

You are making a right point here that you have to keep the morale up but at times, you have to make choices and Sadoun has not said that he is out for ever. It’s about a one-year break. People need to understand that if we have decided that in order to build a house we will not go to movies frequently for a year, then there is nothing wrong. I may not follow the same thing but I do understand that when you have a priority, you have to act as per the need of the hour.

You were the only person representing Ogilvy India at Cannes this year. Shouldn’t your team have been there to celebrate the record win this year?

I did not go to Cannes to attend the festival but I had six other meetings there. If I had my way, I would not have gone. Nobody has a clue who will win at Cannes. I have more highly talented people than anybody else. So in a tough year, I cannot say I will take these four and not the other 10.

The first thumb rule of advertising is ‘respect your consumer, understand and delight him’

Why do you say that it was a tough year?

Who can deny that it was a tough year? Problems may be different but in general it was a tough year. I had my own problems in Bangalore as the hub taking care of international businesses did not do that well this year. So you have to balance it out. Anybody saying that there was no financial pressure this year would be lying.

How big is the pressure in India, compared to the rest of the world?

The pressure on Indian agencies is no lesser. If we are discussing pressure on big agencies, you can imagine pressure on small agencies. If I say that I’ll avoid dessert this evening, they are worrying about their ‘roti’ for next morning.

How are agencies tackling this?

I think each agency network is trying their best to keep up the pace as they are all competent agencies. There has to be good discussions with the clients about being open with the budgets, if they want great creative output. The client will have to partner me in getting better people. It’s all about understanding, negotiation and managing your businesses properly, while making efforts to increase profitability.

Do you think setting up in-house production units will save cost?

Everyone does all these things and is very careful about costing. Smaller projects are done in-house but if you have a big production job, you need a big (external) production house.

Do you find over-servicing also responsible for falling profits?

I don’t think it is about over-servicing. Agencies and clients understand well about their requirement for a piece of work. No client will pay you more just because you will put more servicing people on the job.

Brands say they need solutions and don’t really care for the idea. How would you react to that?

Then even I don’t care about them and I can do with other clients. You need an idea to solve the marketing problem. How can anyone separate ideas from solutions? Any solution comes from an idea. Even to think about a technology to solve a problem is an idea. The problem may be solved using digital, film, print, activation, knocking doors or mobile – everything starts with an idea. A piece of advertising work and idea cannot be distinguished.

Is India ready yet for Artificial Intelligence?

You have to think of an appropriate idea for a certain problem keeping your consumer in mind. What could be done at NASA, could not be replicated in Jaipur.

There is so much noise around digital capabilities and accomplishments of big network agencies. We hear stuff like integration of digital and traditional capabilities. Where do Ogilvy and OgilvyOne stand?

OgilvyOne is doing a great job and now there will be greater integration and synergies between digital and traditional teams wherein all our new CCOs will be accompanied by digital people. They will sit and work together.

It has been over 35 years for you at Ogilvy. Who others are there in this league?

There are many people like me. We ourselves have many people with us for decades. Zenobia Pithawalla and Sumanto have completed 24 years, Rajiv completed 18 years.

Why has Ogilvy more such records than other agencies?

I think the feeling of togetherness and the culture of not being a hierarchy-driven company are our core strengths. Ogilvy was like this even before I came in. We do not do exceptional things to retain talent rather it’s more like family and extended families where we care for everyone. And therefore it becomes a joint family.

Should agencies also focus on branded content division looking at the changing trends?

People do stuff like branded content but one has to understand the content. Consumers understand that if I’m speaking with you and there is a brand logo in the backdrop it is perhaps not the content he or she wants to consume. In advertisement, we clearly say that we are here to sell. In content you pretend that you come to talk about family but there is a brand logo. So it is rather tricky thing.

Some say it is humanist approach, some say it is sense of urgency, while some believe a leader should be too demanding. What made you India’s ad guru?

First things first. You have to be humane for sure. You should be developing an atmosphere where your team feels like doing things together and in such atmosphere there is no need to be demanding. As far as sense of urgency is concerned, it should be there, only if something needs to move fast. If you are trying to move things unnecessarily faster, then you are putting undue pressure on your team being demanding. If I’m playing a five-day test match, I shouldn’t tell my batsman to score 20 runs in the first over.

You don’t seem to have behaved like a boss. Isn’t it?

I don’t want a scenario where five people are sitting in one office and everyone is called National Creative Director.

What difference do you see between today and yesterday and what future do you predict for Indian advertising?

Expressions have changed and technology has made its way with many alternative mediums. But what will never change is the role of an idea in advertising. Be it a product or an ad or a thought, every solution comes from an idea and that will remain at the core of everything in advertising.

What would you describe as first thumb rule of advertising?