Hayeem was only 12 when he discovered Metallica and it was love at first hearing. A singer, songwriter and guitarist, for Hayeem music is life. He talks to us about everything that music means to him 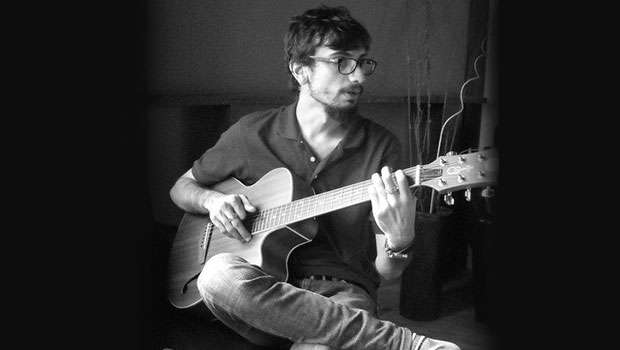 Having grown up in a household where everyone was musically inclined, Yosef Hayeem, Group Creative Strategist, WatConsult, believes that his love for music stems from what he was exposed to as a child.

“My grandfather used to play the mouth organ, my dad used to sing during his school and college years, my mother too took piano lessons when she was growing up. So, growing up there was always good music around.”

While Hayeem’s mother couldn’t continue her piano lessons because of financial constraints, she wanted him to learn how to play the instrument.

“When I went to the teacher there was an option to learn the guitar and the piano. Even though the guitar was calling out to me I chose piano because I knew it would make my mom happy.”

But Hayeem had to give that up when his family shifted homes. For someone who had grown up listening to ABBA, Simon and Garfunkel and Bryan Adams among others, Hayeem’s moment of reckoning came when he was 12.

“We used to go back to our Borivali house whenever we had an off. One summer vacation, when I was 12, we were playing cricket on my terrace flat. The ball like always went down and so my cousin and I went down to pick it up. I could suddenly hear this loud sound, I couldn’t tell what the sound was but I and my brother ran up three floors to check out what the sound was. It was Mettalica playing on a cassette.”

This is what Hayeem calls his ‘walking over to the other side’ moment. Hayeem confesses that he continued to play Metallica’s album Reload for a year after that, much to the chagrin of his brother.

Hayeem also started writing songs when he was 12.

“I do come across as a quiet guy but there is this perpetual need to speak and have an opinion about everything that is happening in the world.”

“I took guitar lessons for six months or so but I soon realised that the guy was taking me for a ride. In college, I met like-minded people who liked to play and there were also more opportunities and platforms to express myself like festivals and things just snowballed.”

Today, Hayeem’s band, besides himself, has Levi, who plays the base; and his younger brother Ben.

“Ben wasn’t really in the music scene with us, he was the guy who would record all the sessions but eventually he got into playing as well. Now he plays the guitar and also writes. It is pretty cool considering the fact that we are brothers and stay together.”

Speaking about the genre his band plays, Hayeem said, “The need to express yourself is the base really. Talking about things that people would shy away from is I think the bedrock or foundation of song writing for me and that stems out into classic rock and progressive rock. But basically we draw from anyone and anything rooted in honesty and not trying too hard.”

When asked what he enjoys doing more, writing, singing or composing, Hayeem’s quick response is: Everything.

“The process of creation is what I like the most. I think my favourite moment is when you are on the verge of creating something. When you know that something is going to come out. But if I had to really pick one then I think writing is something I really enjoy doing. I believe it is the base of a song. When you listen to a song, you don’t sing out the guitar parts, it is the lyrics that stays.”

The Doors, Pink Floyd, Black Sabbath, Nirvana, Cream and Metallica are some of Hayeem’s favourite bands but he also admits that he fiercely safeguards and never gives out his very favourite songs.

Speaking about the one moment in his musical journey that really stands out Hayeem said, “There is a music festival that happens in a place in Arunachal Pradesh called Ziro. I was helping somebody with some ideas for the event when I decided to check the artist line-up and suddenly I read the name ‘Lee Ranaldo and the Dust’. So I made a deal that if I help and the idea goes through the person had to get me passes but unfortunately the idea did not go through. Then, one fine day I was reading the paper and saw that Lee Ranaldo and the Dust were going to be playing at Blue Frog. There were 25 people in attendance that day for that gig. I was right at the front and towards the end of the show Ranaldo had bells in his hand and was jangling them. Interestingly, they were right over my head. It was like I was getting a blessing from him or something,” laughs Hayeem.

And what does music really mean to him?

“It is my sanity. It is my Sunday morning and my late nights. It is my journey. It is all encompassing, it is life itself and I wouldn’t know what to do without it,” ends Hayeem emphatically.