Vivo-IPL deal: Too much money for five years?

BestMediaInfo.com spoke to media experts to analyse and understand the deal, its impact and whether it makes perfect business sense for Vivo to invest so much in the cricket league 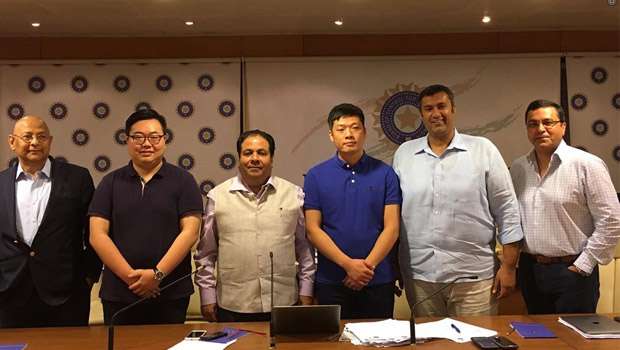 After hopping from DLF to Pepsi and then finally into Vivo’s lap, IPL is the most expensive sports event in the country – in terms of sponsorships, ad rates, associations and even players’ pricing.
There are many aspects to take a closer look at BCCI’s announcement made on June 27.
BestMediaInfo.com spoke to media experts to analyse and understand the deal and its impact.

Vivo entered the Indian market in December 2014 and today claims a share of 10.5 per cent. Vivo tied up with IPL in the 2016 and 2017 editions of the tournament, shelling out Rs 196 crore. More recently, the mobile phone brand bought the sponsorship rights for FIFA World Cup 2018 and 2022, reportedly for Rs 500 crore per season, which is a little higher than the brand’s IPL commitment. Vivo is also the title sponsor for the Pro Kabaddi League for five years for about Rs 300 crore. Vivo also stood as the co-presenting sponsor for IPL 2017 on Hotstar, alongside Maruti Suzuki. Apart from all these sporting partnerships, the brand has also grabbed the sponsorships for some of the key entertainment properties of India, including Indian Idol 7, The Voice, Roadies X5, Dil Hai Hindustani and eight musical properties of VH1.

While Vivo has a whole bouquet of sponsorships and money-spending tricks, is it all only to fight fellow Chinese competitor Oppo Mobiles? The two brands that surprisingly belong to the same parent BBK Electronics have been on a head-on fight with each other for their presence in the country and sponsorships are one way for it.

In the recent IPL deal, Oppo was the second highest bidder with a bid of close to Rs 1,400 crore. Oppo also won the sponsorship for the Indian Cricket Team jersey for a whopping Rs 1,079 crore, which was also way above what was expected. In this process, Vivo was the closest competitor with a bid of Rs 768 crore.

Is the fight going overboard?

A media expert, on condition of anonymity, believes that the fight might spoil the market for a short-term gain. He added, “These two players have their own logic to marketing investments. Even in the IPL bid, nobody was even remotely close to the amounts that these two bid. Earlier, Oppo won the Indian Cricket Team Jersey bid too but Vivo too had bid a huge amount. Oppo also took the ICC partnership and now this, I think, is Vivo’s reply to Oppo. The funny bit is that the two brands are owned by the same company. So, I don’t understand why are these two companies so hell-bent on competing with each other when there’s no third player in the vicinity. The Samsungs, Vodafones and Airtels of the world have not even tried bidding for it. The price is insane, but the logic behind it is incomprehensible.

Ashish Bhasin, Chairman & CEO South Asia Dentsu Aegis Network-‎Aegis Group plc, has another point of view. He gives it to the competitiveness in the category, more than the in-house fight, “In some way, it might be Vivo vs Oppo, because all the bidders this year were mobile phone makers. If you see around you, the most promoted categories on a national level across age groups and both genders are mobile phones. So it is a reflection of the consumers’ behaviour. The aggression is obvious as it is a very competitive category and each player will want to be ahead of their competitors.”

In a media report earlier this year, Oppo and Vivo were said to have earmarked close to Rs 2200 crore for marketing in India, in a bid to fight the Samsungs of the world. Then why are the sister companies fighting their battle out like this?

Santosh Desai, Managing Director & CEO, Future Brands Ltd, said, “It is about building the brands and being true to the brand. It’s not about the parent brand. That’s how brands should (in theory) operate but brands rarely do that. Clearly, they see some advantage because between the two of them, they have made difficult headway and posed a fairly significant challenge today. So, I think it is a very aggressive play and seems to be fairly working so far. Till now, they were rising from zero, so all their gains were incremental. Now that they have reached where they have, whether the incremental gains are happening or not, will now be a question to evaluate. The ROIs will become a little difficult to arrive at. So I think it may get tougher for them, but it is a very aggressive strategy.”

Will this push the other sponsorship pricing?

Title sponsorship is clearly not the only association that IPL enjoys. There is so much more to it. While the title sponsors have agreed upon/ decided to invest five times more than the previous seasons, won’t this put pressure to increase the prices of the other deals in a similar ration?

Bhasin and Desai feel that it might. “The benchmarks are set high,” both echoed each other.

Bhasin went on to explain, “Even though it may not be absolutely directly correlated but it will mean that the prices will go up and it will make IPL sponsorships more competitive. It will also depend on the client demand.”

Desai gave his piece of mind, saying, “It should. It would make sense, otherwise the relative gap between the main sponsor and the others will be too much. So I think it will put pressure on them. This changes the pricing and it re-caliberates the benchmark.”

Will this impact the pricing of Broadcast rights too?

Broadcast rights for the upcoming seasons of IPL are also round the corner. A month’s left for the fresh bids. But will this massive jump in pricing also push the rights prices up? While few experts believed that it will, a senior media expert dismissed the possibility by naming the two as ‘unrelated’. “Broadcast Rights are a completely different ball game. These rights will be sold for what the broadcasters are willing to pay. No brand is there to spoil the market, the broadcasters will spoil their market themselves. Impossible to predict whether market will be spoilt. Buying rights is always a gamble,” he said.

Vivo would have definitely made solid calculations to arrive at the figure of Rs 439.8 crore per year, up from the previous Rs 95 crore, while BCCI’s base figure was for Rs 120 crore per year. Is the price insane or just a market demand? Has IPL really grown so much for the sponsorship amounts to get catapulted to about 10 times in last 10 years?

Bhasin said, “It is definitely a significant increase, it must not be forgotten that over the past 10 years, the property has consistently over-delivered and is probably the fastest way to build a national brand in an impactful manner. Earlier, cricket used to be mainly a male viewed sport, but IPL made it a more family skewed. It’s a very high impact property. Obviously people who have paid for it, are banking on the fact that cricket will always be a big deal in India and it will remain a crowd attractor. It is being assumed that the property will keep on building year on year and I see no reason why this should not happen.”

He went on to put an alert put there, by saying, “The only possible downside is the political issues surrounding BCCI and I hope they get resolved. These issues can question credibility and create negativity around the property, and it affects swift decision making. IPL is not just about cricket, it is also entertainment. So it needs nimble decision making and if you get caught in legal issues, you get distracted – that’s a potential risk factor. Otherwise, although it is expensive and much more than last year, it is a great buy and will keep building year on year.”

Did Vivo gain too much from the last two years’ partnership?

Vivo’s market share has grown from 0 to 10.5 per cent in mere three years. A lot of the credit has been given to IPL. Most media experts agreed that two years ago, nobody knew Vivo, cut to today, it has a decent market share with significant revenue and is present all over. “The IPL branding is very substantial for them, there’s no doubt about it. Whether it merits a 5.5 times the money they spent last year, can’t say,” said a highly placed source in a media agency.

Bhasin seconded that the brand has become big on the back of IPL, mentioning that the value of the property is going up which is not hard to believe because the viewership and the interests are on the rise. “Many a time when you bid, it looks very risky and expensive, but in hindsight when the property does well, you feel like it was a very good buy, so only time will be able to tell. If you compare it with international properties that actually get much lesser viewership, Superbowl or EPL, it’s nothing. It is because we are not used to seeing such numbers. But here, it’s about what the potential is, and five years is a long period.”

Desai opined, “There are two ways of looking at it. Yes, they are not among the most recalled brands in the category but on the other hand in such a large category, they have made such a big headway in a short period of time. Look at the other players and their cumulative until now and look at Vivo, a completely unknown brand in India and you see where they have reached, and clearly they have not invested that much in their principal investment. So for a zero brand to come this far, I think they have not done badly at all.”

BCCI Speaks
In the upcoming five IPL seasons (2018 - 2022), Vivo and IPL will have extensive cooperation in terms of sports events, on-ground activations and marketing campaigns.

Rajeev Shukla, Chairman of the IPL, said, “We are delighted to have Vivo joining us once again as the title sponsor for IPL for the next five years. The association with Vivo has been great for the past two seasons and I am sure they will continue to make it bigger and better.”

CK Khanna, acting President of the BCCI, said, “Vivo as a brand has carved its niche and legacy in the market. We are extremely glad to have Vivo as the title sponsor and look forward to an enriching affiliation for both stakeholders.”

Amitabh Choudhary, acting Secretary of the BCCI, said, “We received an overwhelming response for the title sponsorship rights and we are glad to have Vivo back on board. It is a renewal of a fruitful relationship with the brand that will extend for the next five years.”

In the closing remark, Desai mentioned that while the valuation of IPL will shoot up after this deal, the tournament is walking down a double-edged sword. “It has to sustain eventually because the danger with a very sudden increase is that if it is not justified, there are such disadvantages of a sudden low too, but it should go up.”