From being a television journalist to advertising, Ravi Mishra has always followed his love for stories. He speaks to BestMediaInfo.com about his big switch, what he loves most about advertising and his love for poetry 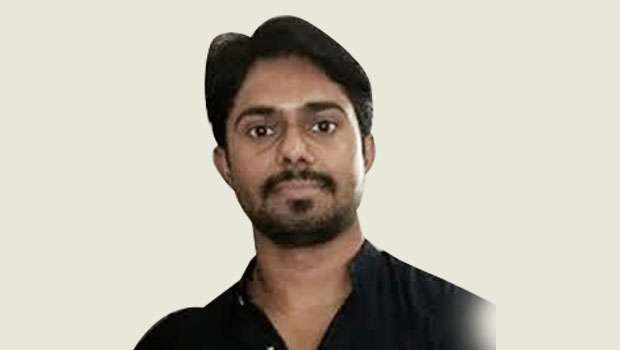 Ravi Mishra, Group Head, Dentsu Impact, entered the world of advertising through a chance meeting with Ashish Chakravarty, who was then the Creative Head at McCann Delhi.

“I started with TV. I was working with ESPN Star Sports as a sports journalist for about three-and-a-half years. But what I really wanted to do was tell stories. It was around this time that I met Chakravarty, who was then the Creative Head at McCann Delhi, at a party. He actually asked me to share some of my work with him. He liked what he saw and that is really how my career in advertising started.”

Mishra agrees that the shift from journalism to advertising wasn’t always smooth most sailing. There were hiccups in the beginning but today he is comfortable where he is and with what he is doing.

“When you work for television the deadlines are really sharp. You have to create three to four promos in a day but working on a TVC is a time consuming process. During my initial days in advertising I felt that I was good for nothing because I was used to seeing my promos everyday but here I had to wait, sometimes for a whole year, to see my TVC. But my boss talked to me and convinced me that it takes time and that I should get used to not seeing my work every day,” laughs Mishra.

Today, Mishra has around seven years worth of experience in the field of advertising, two of which he has spent working for Dentsu Impact. In these two years he has won around 20 metals at Abbys, all in the radio categories. According to Mishra, his years working for television also helped him in advertising. There is a lot of learning that he took from his television days to advertising.

“I had the opportunity to work with Debangshu Chaudhury when I was with ESPN Star Sports. From him I learned that no matter what the situation you should never lose your cool and that you have to be a team player. These things that I learned during my stint with television have really helped me in my career in advertising,” said Mishra.

Speaking about a project that he really enjoyed working for, Mishra said, “I always felt that radio is a medium that comes naturally to me, and I specifically remember this exciting brief for one of our clients – Konica Minolta. The client wanted to do a single radio spot, with the expectation that it should not be just another run-of-the-mill radio ad, but something that would really resonate with the listener. We felt that the brief needed not just one spot, but a series of them – a full-fledged campaign. We presented our ideas to the client, and the client realised where we were coming from, agreeing with our approach. The campaign won a silver Radio Abby this year, but the real gratification for me came just a few days ago when I got to know that the brand wants to broadcast the campaign once again, because it performed beyond their expectations. So yes that would be a project that I really cherish.”

And the most challenging project that he has ever worked on?

“This happened just after I had joined Dentsu Impact. I was assigned a brief to launch ‘Super Carry’ – the country’s largest passenger vehicle maker, Maruti Suzuki India Limited’s first commercial vehicle. This was the first time I was working on a brand launch, so it was a little nerve-racking and exciting at the same time. I remember writing drafts after drafts for even a simple headline, just because I wanted to make everything perfect. My seniors really helped me out during that time, guiding me through multiple print ads, films and case studies. The launch turned out to be a success and all the effort proved to be worth it. That campaign was really a challenge, but it helped me grow as a writer.”

The one thing that Mishra really likes about advertising is that it really lets him live his dream.

“The thing about advertising is that the stories I used to weave in my head as a child, today I am getting paid for them. Advertising for me is all about re-living my childhood and that is the thing I like the most about my profession.”

And when not bringing stories to life, what does he like to do?

“I really love reading and writing poetry. I used to perform poems publicly and now I am working on my own book too,” said Mishra.

Ask him about his biggest strength and his weakness and he comes up with two words: Hindi and English.

“I think my biggest weakness is my English. My English is not as fluent as my Hindi, so I worked really hard on my Hindi. Today, when I meet clients, I speak in Hindi and they have no problem whatsoever. What I have realised is that it is all about communication and the language really doesn’t matter as long as you can get your point across and convince your clients. So while one language is my weakness, I tried really hard to make another my strength.”

So, if not advertising what would he be doing?

“I would probably be working somewhere in television. Maybe a promo producer but probably with an infotainment or entertainment channel, some place where I can get the chance to explore my writing.”